New anime series are emerging from different sources to give fans quality content anime that will interest them. An amusing upcoming anime is Night Head 2041, based on the 1992 drama series titled Night Head. Thi science fiction drama series was immensely popular, and people in Japan continue to praise the show to date. In April 2021, a manga adaptation was also published by Kodansha. It was written by George Iida and illustrated by Akira Ogawa. Having an anime adaptation of a popular drama is in itself exciting. The concept is definitely intriguing, and I would be lying if I said I am not curious about it. Recently, the Night Head 2041 trailer was released, revealing more details about the upcoming summer anime. For the supernatural genre and seinen demographic fans, Night Head 2041 seems like an enjoyable anime.

The concept is very catchy in this anime. Considering that its source was a big hit, the anime might as well pull off being its equivalent. Night Head 2041 is set in dystopian Tokyo, Japan. The art style is very attractive. The sceneries make sure to let the viewers feel the ruins and chaos that the story tries to depict. What’s even more appreciable is the character design. Every character is drawn with a lot of efficiencies. I can imagine fangirls simping for them in the near future.

It is said that the human brain does not use 70% of its capacity. The mysterious power of human beings is thought to be hidden in this part. 70% of the unused brain is sometimes called “NIGHT HEAD”.

In a forest, two men wake up. Naoto Kirihara and Naoya Kirihara are alienated from society because of their supernatural powers. The brother grew up isolated at the Institute of ESP for 15 years. The director of the institute, Kyojiro Mikuriya says that a society where talented people can be accepted has arrived. However, in the outside world, the existence of mental energies and psychic powers is completely denied. It was in Tokyo in 2041 that even the creations of books and videos dealing with paranormal phenomena were ideologically controlled. The Reich Security Main Office cracks down on dangerous ideas for the well-being of a nation that advocates such physicalism.

Two brothers, Takuya Kuroki and Yuya Kuroki, who were abandoned by their parents at an early age join the Elite Forces. After being abandoned, they were entrusted to the National Safety Forces. Believing that the paranormal phenomenon is a fake, they have no doubt that they are chasing criminals. During an operation, they meet a mysterious girl named Shoko Futami. But one day, the barrier of the institution breaks.

The story follows the story of the Kirihara brothers as they seek a place to belong as they are chased by the Takuya brothers. 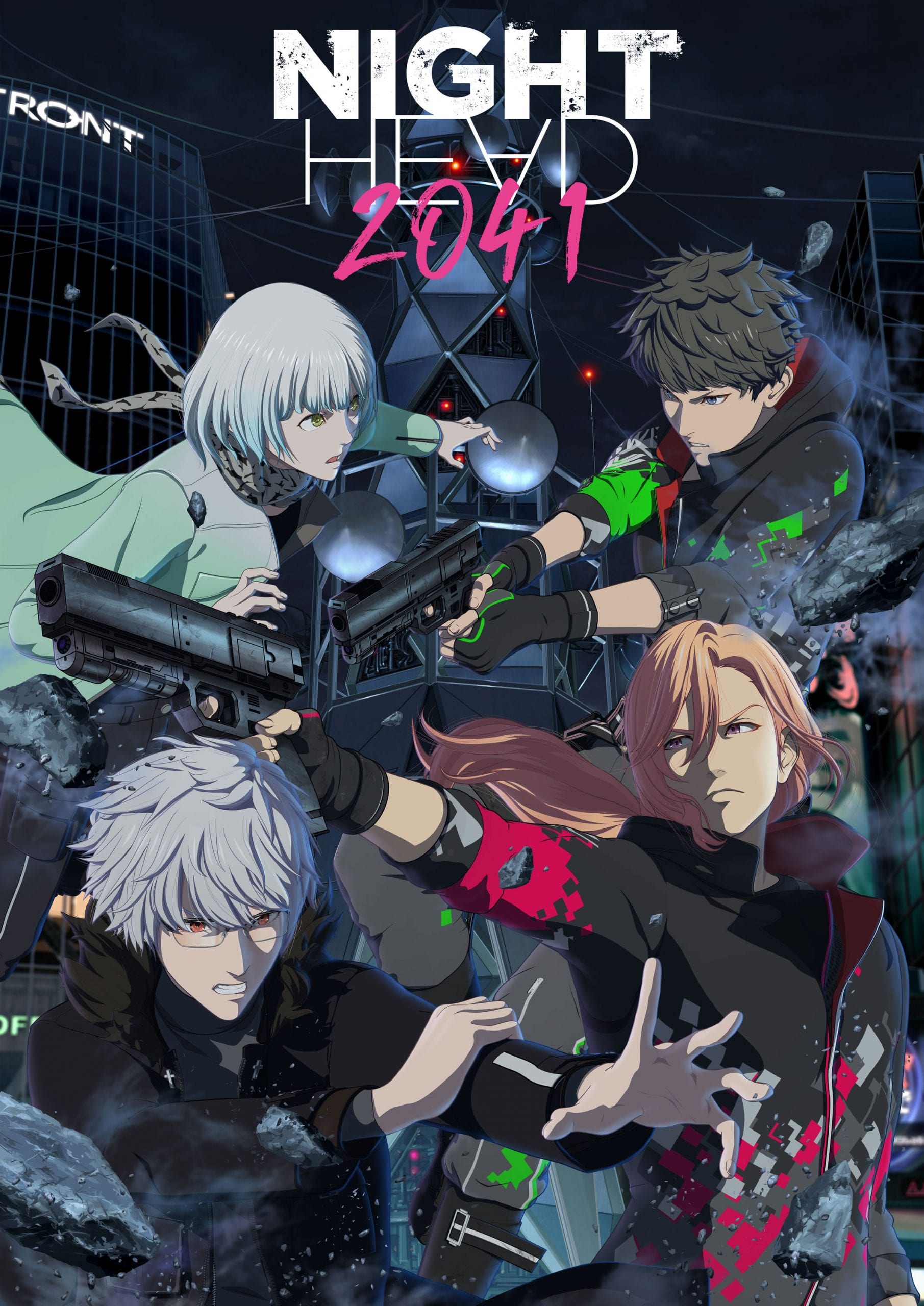 An official trailer was dropped on 23 June 2021. The Night Head 2041 trailer gives a quick view of the scenario that the anime is set in. The opening theme of the anime is Icy Ivy, to be performed by Who-ya Extended.

Night Head 2041 is scheduled to be released on 15 July 2021. You can check out the official website of the anime for more information.

The main characters of the anime are the two pairs of brothers. Ono Daisuke will voice the older Kirihara brother, Naoto. Nobunaga Shimazaki will voice the younger brother, Naoya. Takahiro Sakurai and Ono Kensho will voice the Kuroki brothers, Takuya and Yuya. Kazuyuki Okitsu will voice Michio Sonezaki. Lynn will voice Reika Muto. The mysterious girl, Shoko Futami will be voiced by Kaori Maeda.

Night Head 2041 is created by Geoge Iida who is also writing the anime’s screenplay. It will be directed by Hirakawa Takemitsu. Shirogumi studio is doing its animation production. Yamada Yutaka is composing its music. Tomiyasu Kenchiro and Shirata Masato work on concept design and background design art respectively. Character designs are drafted by Ito Ogure, and Akiko Asakui is drafting the sub-character design.