Niecy Nash’s Net Worth: How Much Does The Actress Make? 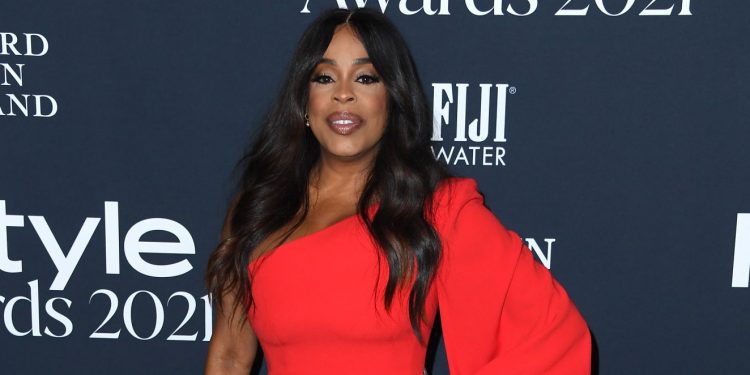 Niecy Nash, whose real name is Carol Dennis Nash, is an American comedian, actress, television presenter, as well as a model who is best known for her contributions to television. She is also best known for hosting the popular reality show “Clean House” on Style Network, which aired from 2003-2010. Also, for the show, she has won an Emmy Award. She has also played many roles in films and has made guest appearances on many television shows. You may know Niecy Nash well, but do you know her net worth in 2021, her salary, asset, and more? In case you didn’t already know, we have prepared this article with in-depth information on Niecy Nash’s Net Worth and Other Facts. Well, if you’re ready, then let’s get started. Niecy Nash was welcomed to this world on February 23, 1970, in Los Angeles, located in California.

She was into a middle-class family. Her mother is the founder of MAVIS (Mother Against School Violence), an organization that has the motive to protect children who are bullied at school. After Niecy’s younger brother named Michael was shot in the year 1993, her mother was inspired to run such an organization. Nash had completed her graduation from California State University in Dominguez Hills. Niecy Nash had got married to Don Nash in 1994, who was an appointed minister. Unfortunately, the famous couple’s marriage did not last long, and they separated after filing for divorce in the year 2007. They have three children in total, and their names are Dominic, Dornier, and Dia. She later tied a knot to Jay Tucker in the Church Estate Vineyard in the year 2011. They had a grand wedding in Malibu.

Over the years, Niecy had a glamorous career and worked hard to raise a lot of money. Niecy Nash’s net worth is counted to be approximately $4 million as of 2021. She is still quite active in TV shows and movies, which is great news for her fans, which may be hoping to see her in more movies and TV shows to come. Nash’s successful career is likely to bring her more wealth in the years to come as her fortune is expected to inflate.

How Does Niecy Nash Make Her Money?

Niecy Nash’s strong desire to become an actress came true one day when she made her debut in the year with the movie “Boys on the Side.” She went on to work on a number of television shows, including “CSI: Crime Scene Investigation,” “NYPD Blue,” “Judging Amy,” and “Reba,” among others. The actress became very famous, however, with the comedy series titled “Renault 911!”, in which she made her appearance as the Deputy of Raineesha Williams. The Style Network show, which is titled “Clean House,” which she hosted for several years, was another big hit and earned her an Emmy in the year2010.

Niecy’s fame opened up new opportunities for her, and she was soon working on films such as “The Proposal,” “G-Force,” “Trust Me,” “Walk of Shame,” “Downsizing,” and “Uncorked,” and many more. Nash received critical acclaim for her role as Richie Jean Jackson in the 2014 historical drama Selma. In addition to her various film roles, Niecy was part of several TV shows such as “Never Have I Ever,” “Claws,” “Getting On,” “The Masked Singer,” “When They See Us,” “The Soul Man,” and many others.

Her career as a voice actress is also quite extensive because she has voiced in various cartoons and films. Apart from her acting career, Niecy is a comedian who loves to make her audience laugh. The incredibly talented actress is also a writer and has written a book called “It’s Hard To Fight Naked,” where she offers relationship advice to the readers. Niecy’s long career in film and television has helped her earn a lot of money.

Nash started her career after being invited to the 1995 film Boys On The Side. Her television career started after she appeared in several shows as a guest, including New York Police Department Blue, The Trial of Amy, Reba, Girlfriend, and CSI: Crime Scene Investigation. She had also played the lead roles in the 1999 film The Fortune Of Cookies and the 2000 film City of Angels.

After appearing in the Comedy Central series titled “Renault 911!!” she became famous. She also played the role of “Deputy Raineesha Williams” and hosted “Clean House” on the Style Network program from 2003 to 2010. Niecy appeared on ABC’s “Dancing with the Stars” season 10, which premiered in March 2010. She worked with Louis van Amstel and made progress on the show. In the year 2011, she personally produced a reality show called “Leave It To Niecy,” which aired on TLC. In this show, she talks about her life and her relationship with her husband and son.

Will There Be Curb Your Enthusiasm Season 11 Episode 11?