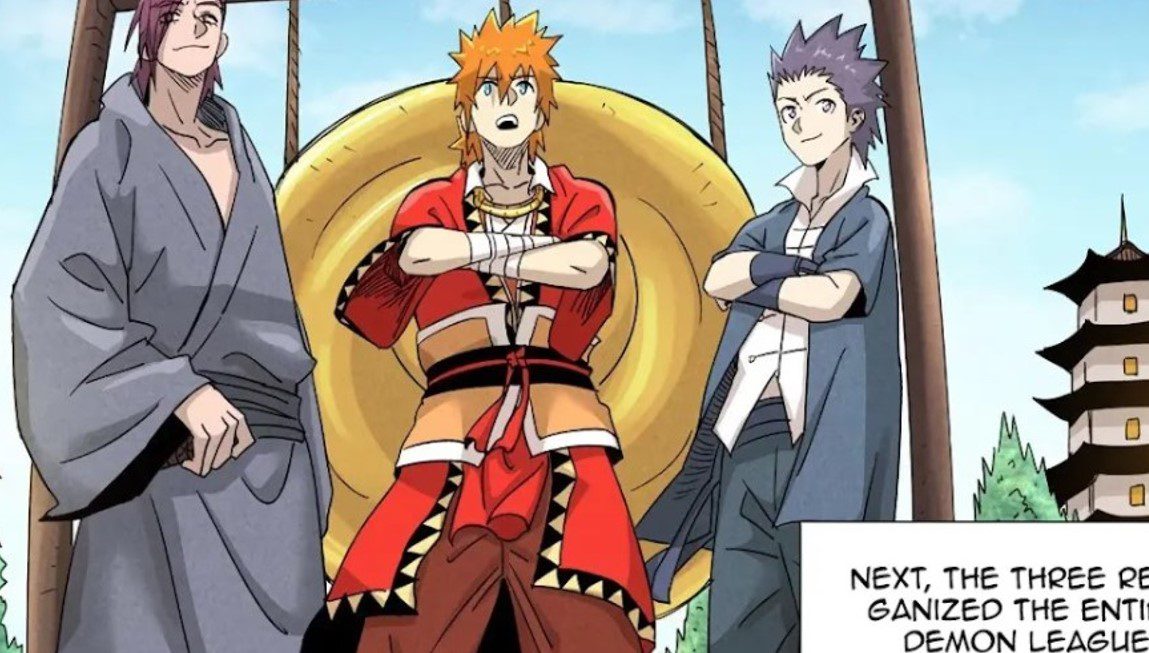 Nie Li is glad that his rebirth helped him to transform Long Yuyin. Long Yuyin wonders what her Master is talking about. He reminds her about the life span of the cultivator and that she might be surprised that his insight in intent surpassed hers. Long Yuyin wanted to ask why Nie Li is skilled than her since they look as they share the same age. Nie Li reveals that he is a few years older than Long Yuyin, and he has experienced many things that others don’t know.

He reveals that Martial Ancestor Realm is not the limit to the Martial Dao. Nie Li also talked about another existence called Sage Emperor that has powers to seal space rule Draconic Ruins Realm and other two worlds. But the Sage Emperor is always prepared even though he is in a high position. He eliminates anyone that thinks they might try to dethrone him; even friends and family will never be spared. Nie Li also reveals the history of hundreds of thousands of years ago and warriors who tried to fight with the Sage Emperor.

The warriors who face the Sage Emperor failed to defeat him and pay the price with their lives. Long Yuyin flies near Nie Li to listen to the story that he is telling her. He also talked about the different types of Ancestral Masters and Long Yuyin’s Master. Nie Li believes that those Masters are the Master of Heaven’s Divination Technique. He also spoke about the techniques within their bodies. But he must make sure that those guys die before their techniques reach the Pinnacle. Long Yiyun wonders why they have to die.

Nie Li explains that if the Sage Emperor finds that, it will be annihilating the Divine Feathers Sect. But the Resistance is still reigning at his domain and has never won. Nie Li reveals that many genius warriors have died in the hands of the Sage Emperor. But the Sage Emperor has encountered countless death and never dies. Long Yuyin realizes that she knows something about Heaven’s Divination Technique, and she knows what Master was telling her. She recalls what the Master told her about humans and Heavens and that souls won’t die in vain. Her Master told her not to acquire Heaven’s Divination Technique.

He also told her not to cry for him when the time comes since the heir to Heaven’s Divination Technique is needed. At present, Nie Li notices that Long Yuyin is shedding tears. She realizes that Ying Yueru didn’t kill the Master. But she is worried that Ying Yueru might die, and Nie Li promises that Ying won’t die since he beat Sage Emperor. He asks her to help him, and Long Yuyin wonders if he will fight the Sage Emperor since he said no one could take him down.

Tales Of Demons And Gods Chapter 357 will be released on 5 December 2021. Long Yuyin tried to think, and Nie Li revealed that he would not let her do things without clearing her mind, and she could decide. She tells her that she will accept anything that he asks her. Nie Li admits that the Sage Emperor is strong, but they must unite and face him. He also reveals about running the Dragonseal Family and becoming the Patriarch. Let’s look at Tales Of Demons And Gods Chapter 357 official details.

Also Read: Touko Talked With Her Grandfather In Episode 10 Of Let’s Make a Mug Too Season 2.