Nick Cannon’s Wife: Who is the Comedian Married To? 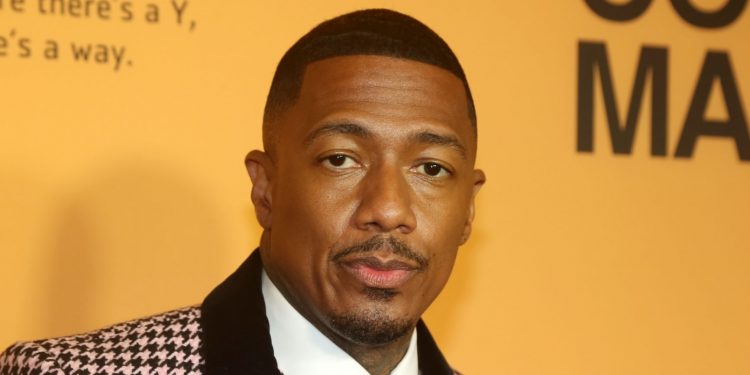 Nick Cannon was born to his parents on October 8, 1980, in San Diego, California. Nick was largely raised by his paternal grandfather, whom he and his biological father called “Dad.” As a child, Cannon grew up on the Bay Vista Housing Project in Lincoln Park, a location in the southeast of San Diego. He was linked to Lincoln Park Bloods as a teenager but later gave up on the relationship after losing a close friend.

His paternal grandfather raised him. In 1998, Nick graduated from Monte Vista High School in Spring Valley, where he became president of the Coalition of African Students and participated in athletics. Cannon got his first break from stand-up comedy on his father’s local cable program. Nick Cannon is making news these days for his married life and son. Do you know who Nick Cannon’s wife is? What happened to Nick Cannon’s son? Well, you will get all your answers here.

Nick Cannon is reportedly in a relationship with Alyssa Scott, a popular model. However, Nick Cannon has been linked with many girlfriends, and he has never confirmed for whom he is serious. Talking about Cannon’s past, in the year 2008, Cannon tied the knot to Mariah Carey. Three years later, Nick’s wife Carey gave birth to twins: a son named Moroccan Scott and a daughter, Monroe.

The couple’s journey was going all fine, and then Cannon and Carey separated in 2014, and their divorce became final in 2016. In 2017, Cannon had another son, whose name is Golden “Sagon” Cannon, from his girlfriend, Brittany Bell. Nick Cannon and Alyssa Scott’s relationship has stood the test of time as they grappled with the ups and downs of their newborn son.

Nick Cannon is mourning the unimaginable loss. The 41-year-old television personality announced on Tuesday on the Nick Cannon Show that his youngest son, five-month-old Zen, has died of brain cancer. Cannon and Alyssa Scott welcomed Zen in June, making him Cannon’s seventh child. On his show, Cannon tearfully recounts how he and his family discovered that Zen was battling hydrocephalus, a form of brain cancer.

The All That alum is now the father of twins Monroe and Moroccan with Mariah Carey and Golden and Powerful, whom he shares with Brittany Bell before Scott’s pregnancy was announced in a January 2021 post. Scott confirmed she was expecting a baby boy four months later and shared a photo on Instagram of the maternity introducing her future son as “ZEN S. CANNON”. The duo welcomed their baby in June 2021 when the little one shared his birthday month with half-siblings Zillion and Zion.

In December 2021, Cannon confirmed that his son Zen had died of a brain tumor. He credits Scott for “being the strongest woman he has ever seen” amid her toddler’s health crisis. They have never had a fight, Cannon said on the Nick Cannon show at the time. He also added, She is very emotional when she has to be, but she is the best mother.

Who is Alyssa Scott?

Alyssa Scott is a popular American model, singer, songwriter, fitness enthusiast, and Instagram star. Alyssa Scott was born on October 12, 1993, in Austin, Texas, USA. Alyssa Scott will be around 29 years old until 2022. Recently, she has been making news on the internet with the death of her five-month-old son Zen, who was diagnosed with a rare brain tumor three months earlier.

As a teenager, Cannon started doing All That, an American sketch comedy television series, before hosting the Nick Cannon Show. He has hosted several television shows, including Wild’ n Out, America’s Got Talent, Lip Sync Battle Shorties, and The Masked Singer. He also played Devon Miles in the film Drumline. Cannon also played Alvin “Al” Johnson in Love Don’t Cost a Thing alongside Christina Milian. In 2003 Cannon released his debut album of the same name with the single “Gigolo” in collaboration with singer R. Kelly. He played the role of TJ Harper in the sports film Goal II: Living the Dream (2007). Later that year, he recorded the singles “Dime Piece” and “My Wife” for the planned album Stages, which never broke.

In 2009, rapper Eminem released a song called “Bagpipes from Baghdad,” which mocked Cannon’s wife, Mariah Carey. Cannon also took no time to respond to this on his Twitter account. Eminem then responded with a mixtape-style song called “The Warning,” which targetted both Cannon and his wife. Two years later, Cannon released a song called “Warning (Remix),” which criticized Eminem.