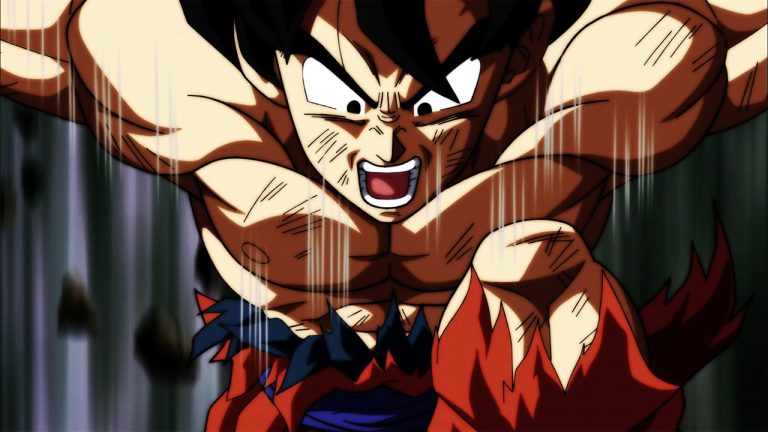 Dragon Ball Super Episode 131 marked the end of the series and was one of the most-watched episodes, the show had to offer. With the fate of the Universes hanging in balance, Goku, 17, and Frieza took on Jiren in what was an epic final clash.

Jiren’s power was majestic, and even though he was a shadow of his real self, I like that he was able to take on three very strong fighters at once. Frieza and 17 did most of the work in the first half of the episode, and they tried to take on Jiren all by themselves. Frieza even succeeded in breaking Jiren’s spirit. However, when the support from Toppo arrived, Jiren finally realized what bonds meant, and he was able to stand once again due to sheer willpower.

For the second part, Goku took over, and along with Frieza, he took on Jiren while 17 remained as the backup. Goku and Frieza’s teamwork stood out as the highlight of the episode. I don’t think many expected them to work together. As we know, Frieza isn’t too fond of the Saiyans. Seeing this cooperation was a bit of a surprise. I must say, the storyboard for the episode was very beautifully done. The episode has some great key animation here and there. Ultimately, Jiren was subdued, but Goku and Frieza both got eliminated in the process. 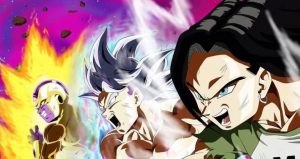 17 was the only one who was able to survive, and thus he won the Tournament of Power. I think the end of the Tournament of Power wasn’t all that great. Still, it turned out much better than what spoilers made it out to be. 17’s wish to restore the erased Universes was pretty predictable, although fans on Social Media were sad to see him not wishing for a Cruise. He did get one later though. With the wish being granted, we saw every Universe being restored, and I must say, the moment was a tear-jerker. The music was very intense at that moment.

Again, I must praise the storyboard for the episode for the final scenes. We got special credits at the end of the episodes, and of course, the upcoming movie was also teased. Goku and Vegeta going off to fight were just teasing for the upcoming movie. As of now, Dragon Ball Super is officially on a Hiatus now. It’ll return to a movie in December.

The upcoming movie will feature a new Saiyan from an unknown Universe, who will be up against Goku, as seen in the teaser trailer. Unfortunately, we don’t know much about the movie right now, but we’ll get more information from the AnimeJapan event which is on-going as of now. It’s going to be a long time, but let’s hope the movie is worth the wait.

What did you think of Dragon Ball Super Episode 131?