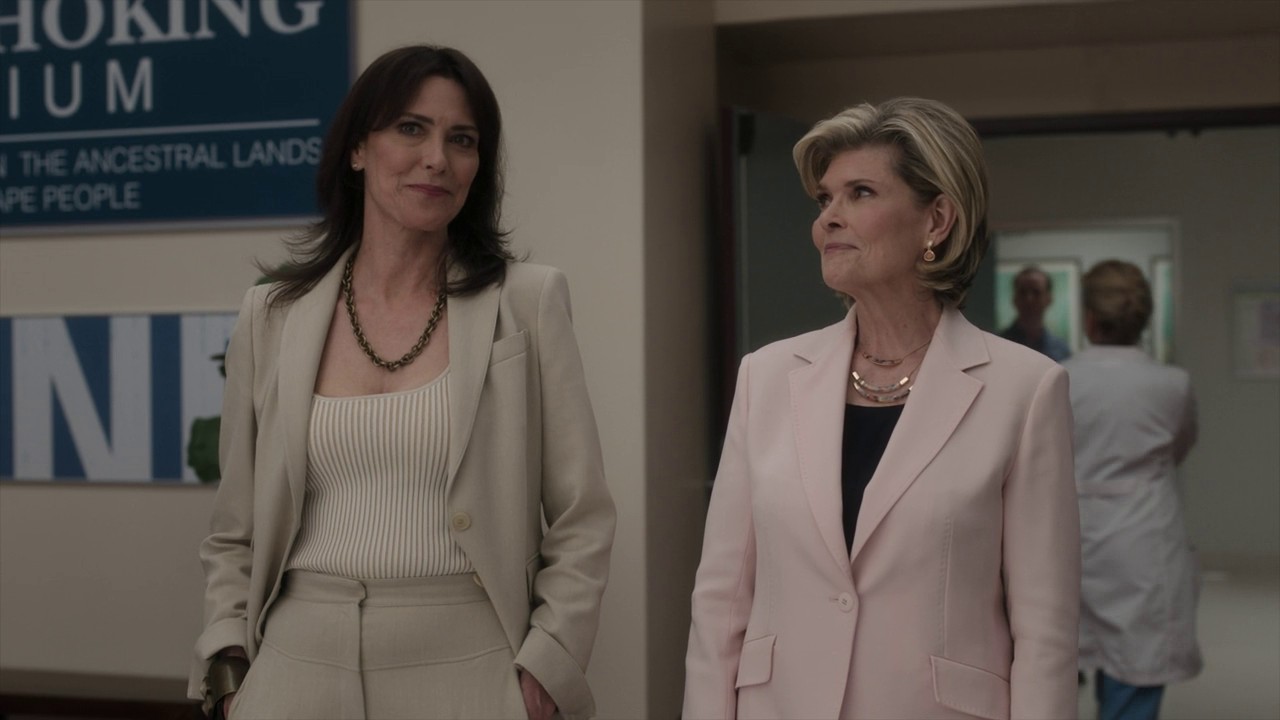 ‘New Amsterdam’ Season 4 Episode 4 will see a completely new Medical Director getting herself ready to take charge of the hospital. Max, on the other hand, doesn’t have a great past with her. Now he believes, his hospital and his favorite people may suffer once he leaves the place with Helen. Now, he is hell-bent on making sure this new person doesn’t take her place as the Director. Apart from that, she may bring some new changes to the hospitals that may keep our favorites apart from each other. Thus, she was threatening relationships and absolute teamwork as well.

So recently, on the show, Max was away to attend a science fair to see the innovations brought forth by a new generation. He came across quite an unexpected idea coming from an 18-year-old and was busy helping her make the best of it. Amidst this, Helen was facing her cold friends who weren’t really happy with the surprise announcement of going away. A woman was observing everyone throughout the day, and Karen made the next announcement, this time to close the episode. So let’s find out what went down.

Previously on New Amsterdam Season 4, we opened with all the doctors with their better half’s discussing someone going away. A bed talk, basically, and this has to do with Max and Helen. They are bidding the New Amsterdam a goodbye to leaving for London together. As a new day begins at the hospital, A woman has made her entrance into the facility and is observing everyone, starting with Floyd. Then asking for Max as well. Meanwhile, Max is at Nova Co. Five Borough Science Fair to see what the new generation has to offer to the pharma industry. 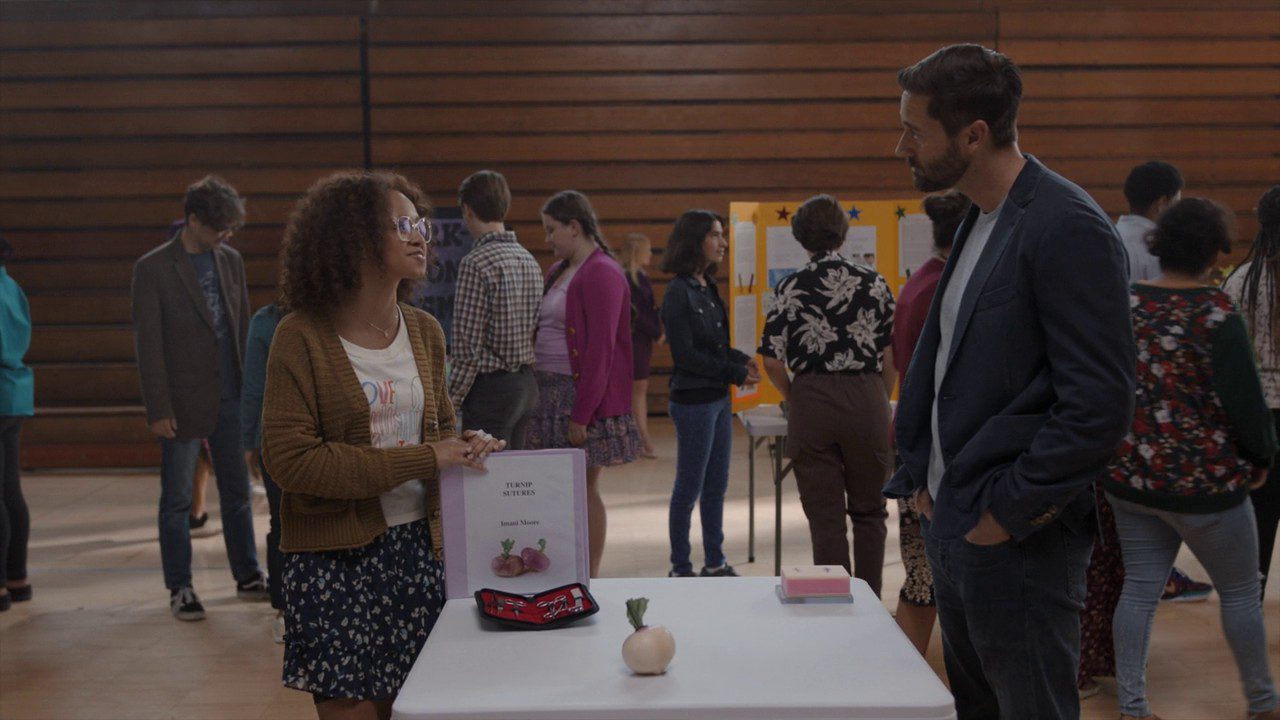 At the science fair, Max meets an innovative 18-year-old named Imani Moore. She is here to change the world with a single turnip. The one that can replace thermometers and machines to check one’s temperature or infection. Impressed with her, Max personally tries to push her project. Due to a similar product already in, the NovaCo rejects it. Meanwhile, at the hospital, multiple individuals are brought in after mass shootings. While treating them, Floyd starts recognizing them one by one.

Max personally continues to push Imani’s venture, which leads NovaCo to sue Max for breach of contract. That too, with the insane amount that includes Imani as well. Imani’s parents just want her to take the winning amount of the money and go to a great school. Imani, on her side, stays on to fight for her idea. Max tries his best to talk to NovaCo, but when someone wins the fair, their idea is of company’s now. 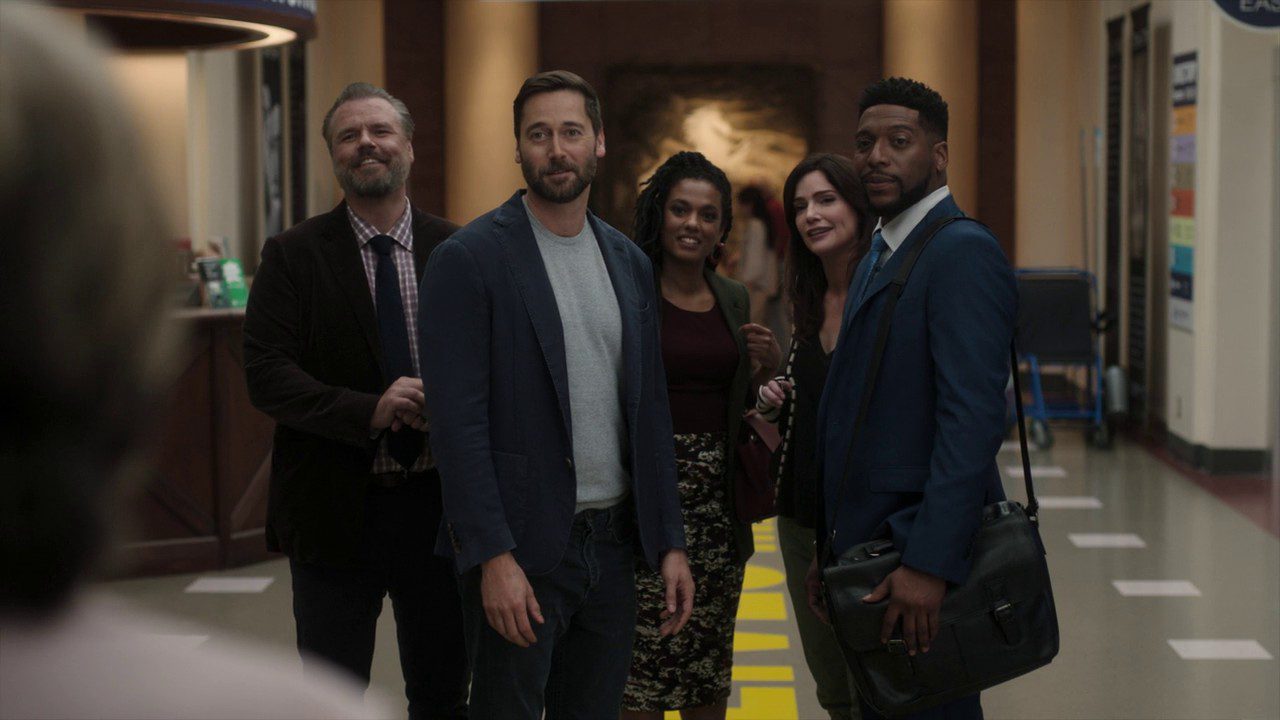 So Max disqualifies Imani to give her the idea back, but it still doesn’t fit with her. When Imani believes no one will buy her idea, Max introduces her to Dr. Nagendran. He takes a look at Imani’s idea and, as a Dean at Columbia’s college of arts and science, offers her full scholarship.

Apart from all of this, Floyd was emotional to see the shot-down victims. Blom spends time to boast Leyla to use her expertise rather than backing off, and in the end, Leyla does. Iggy helps Wandy, who just lost her patient. Lastly, Karen introduces the new Medical Director who will replace Max. It turns out it’s Veronica, the woman who was observing everyone throughout the episode.

New Amsterdam Season 4 Episode 4 is releasing on 12 October 2021. It is titled “Seed Money”. The official synopsis of the episode says Max may not accept the new Medical Director Veronica yet. Also, we wonder what changes she will be making once she replaces Max. As per the promo and Max’s reaction, it seems like he knows her pretty well.

In the promo, we can clearly see Max complaining about all the qualities that define her and how she doesn’t fit the bill for joining New Amsterdam. On top of that, will the staff really accept Veronica as a fitting replacement? And most importantly, are they ready to bid adieu to Max and Helen altogether? Both serve as great leaders for them.

Apart from that, Helen will spend time providing screens for a cancer patient. Before the time runs out. Lastly, after getting comfortable as a couple at the hospital, a new challenge has come between Leyla and Bloom. The overnight schedule switches Leyla’s time, and both of them may not be able to spend time together after all. All in New Amsterdam Season 4 Episode 4.