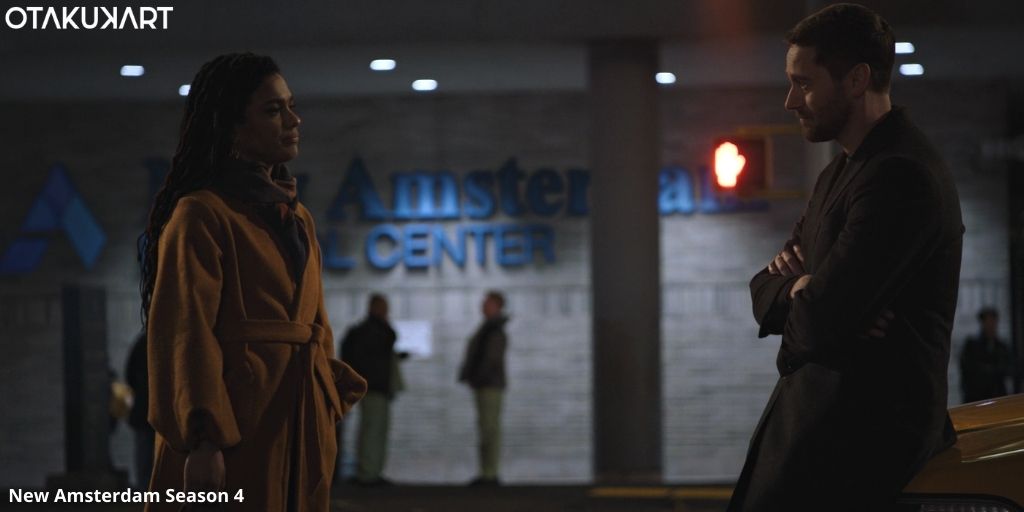 It looks like Max is not leaving New York anytime soon as he will be going up against Veronica in New Amsterdam Season 4 Episode 15. While the previous episode gave us a look at everyone going through a tough time after the demise of one of their own. Meanwhile, an old friend, Chaplain Alpert, was in need of an important surgery but he couldn’t get one at the hospital anymore owing to Veronica’s new regulations.

Moreover, there were patients in waiting lines that Max had stopped when he ran the hospital and made sure no one needed to wait to get treated. Furthermore, all the major benefits were removed since Veronica’s arrival which shocked Max and Helen. On the other hand, Laurie was not feeling good anymore at the hospital and wanted to leave. Whereas, one of the characters betrayed everyone by informing Veronica about the resistance against her.

Furthermore, one of the major doctors was asked to resign after Veronica learned about the resistance. The hit medical drama has once again managed to attract a lot of viewers around the world with the ongoing fourth season. Additionally, the fans are now eager to watch New Amsterdam Season 4 Episode 15. However, let us first find out exactly what went down in the previous episode.

Episode 14 of New Amsterdam Season 4, titled “…Unto The Breach” dropped on 25th January 2022. The episode began with Max, Laurie, Iggy, Helen, Floyd, and the others present at the funeral ceremony of Dr. Vijay Kapoor. Later on, Max and Chaplain Alpert went to distribute food and water to the homeless in honor of Vijay’s memory. But Chaplain fell unconscious and Max rushed him to New Amsterdam and was surprised to see a waiting room with several patients in line. So, he brought him in dressed as the medical staff of the hospital. He then learned from Laurie that the waiting room and everything else was Veronica’s doing. While she also said that she didn’t tell him about any of it because he was not here anymore. On the other hand, Vijay’s son Rohan was brought in too in a serious condition which shocked Laurie.

On the other hand, Floyd told Max that he couldn’t do the surgery for Chaplain as his hands were tied since Veronica changed everything. Meanwhile, an 8-year-old kid met with Iggy to convince his parents for emancipation. This surprised him as the boy was so small and had made up his mind to live without his parents. Moving on, Helen talked to Laurie and learned that Rohan had overdosed on a drug. Furthermore, Laurie broke down in front of her as she didn’t know whether she should stay at the hospital or not. Whereas, Helen also found out that Wilder was running resistance and was performing all the necessary surgeries and treatments in the morgue because Veronica had stopped everything. While Max also learned about this resistance, they all decided to perform the surgery on Alpert to provide him the treatment.

However, Veronica came knocking as she had found out about the whole thing. Although, Max managed to get Alpert the surgery at Baptist Hospital. On the other side, Veronica called a meeting and removed Iggy as the lead of his department. However, Wilder decided to resign on her own as she didn’t want to work under Veronica’s conditions. But Veronica didn’t accept her resignation and threatened to report her if she thought of leaving. Meanwhile, she fired Laurie, even though Laurie had decided not to leave. But the biggest betrayal came from Floyd, who was the one to tell Veronica about the resistance and not Dr. Mia. In the end, we saw, Max and Helen devastated to see the hospital and their friends in this condition. But Helen told Max to stay and fight for his friends and the hospital.

“New Amsterdam Season 4 Episode 15 will release on 22nd February 2022 on NBC at 10 pm ET.” Although, the network has not confirmed a title for the episode as of now. But the episode will see Max going up against Veronica and threatening her to resign. Furthermore, he will make sure to get her out if she doesn’t leave on her own.