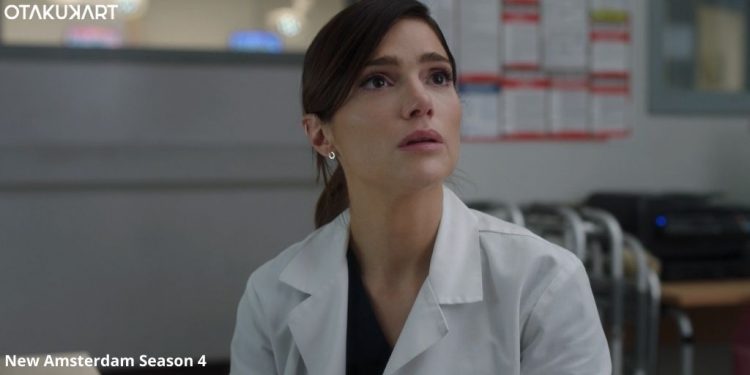 The fans are in for an emotional and surprising experience with New Amsterdam Season 4 Episode 13. The previous episode saw a lot of drama happening with our characters in their life. We got a look at Max going through a ton of interviews after receiving his medical license in the U.K. to get the job as a doctor and start as soon as possible. However, things were not looking in his favor as he was either overqualified or did not have the right references.

On the other hand, Helen was having a great time while interviewing doctors for a position second in command after her at Hampstead. Although, she was facing decisive issues as she wanted to do right by every community. Meanwhile, in New York, Floyd agreed to look after his girlfriend Lyn while her husband Claude was out for interviews. Whereas, in New Amsterdam, Dr. Bloom was trying to find out about her ex-girlfriend Dr. Shinwari who hadn’t told anything to her since she left.

The American medical drama has managed to gather quite a lot of loyal fans over the years since its premiere on 25th September 2018. David Schulner has created the show and also serves as one of the executive producers on the show. The fourth season is currently in progress, and the fans are excited to watch New Amsterdam Season 4 Episode 13. However, let us take a look at the events of the previous episode first.

Episode 12 of New Amsterdam Season 4 came out on 11th January 2022 and was titled “The Crossover”. The episode kicked off with Max appearing for interviews to get a job as a doctor in the U.K. through a video meeting. However, all the interviews were turning out to be a failure as he was either less qualified, overqualified or didn’t have the references that would back him up. On the other hand, we saw Helen take an interview with Dr. Rahul for the position right below her. But soon, she got suggested by one of her female staff to look for a woman that would head the hospital after her. So she did that as well and interviewed Dr. Stewart. But at the next moment, she got another suggestion from another staff that was a Muslim to find someone who would represent the Islamic community as well.

So she met another fabulous doctor named Narin from the Islamic community. Although, now she was in a dilemma of whom to choose. On the other hand, Max started treating a cab driver named Sid in the alley with stolen medical supplies from Hampstead. However, Helen didn’t mind it seeing that he was trying to help people. Moreover, he gave her the idea to hire someone just like herself, and she decided to hire all three amazing doctors. Coming to New York, Iggy spent time with a new patient who was a police officer and discovered that she was suffering from PTSD after she opened up to him a little later.

Meanwhile, Floyd realized that Lyn and Claude were a happy family while looking at their photos from the album in Lyn’s house. So he sent Lyn some flowers and her favorite food on behalf of Claude in an effort to fix what they had. Whereas Dr. Bloom tried to get some information about Shinwari. Fortunately, she found out that Shinwari was working at an insurance company, throwing away her future. Dr. Wilder tried to help a cancer patient who was not able to trust her as she only trusted Helen. But in order to win her trust, she took help from Dr. Mia. Eventually, it resulted in both sides making progress. Therefore, in the end, Wilder decided to bring Mia into her circle of trust. Moreover, she even let her join the resistance against Dr. Veronica.

“New Amsterdam Season 4 Episode 13 will release on 18th January 2022 on NBC at 10 pm ET.” Moreover, the episode will be titled “Family”. This one will be a rather emotional episode as we might see the death of a major character. Furthermore, this will devastate Max, Helen, Floyd, Bloom, Iggy, and the rest. So don’t forget to watch the upcoming episode next Tuesday.

“New Amsterdam Season 4 airs every Tuesday at 10 pm ET on NBC in the United States.” Moreover, the new episodes stream on Peacock the next day as well. Meanwhile, the show is available to watch on Youtube TV and Hulu. Whereas, the viewers can also stream the episodes on Amazon Prime Video.

The Great Jahy Will Not Be Defeated Season Finale Explained: Will The Anime Return?