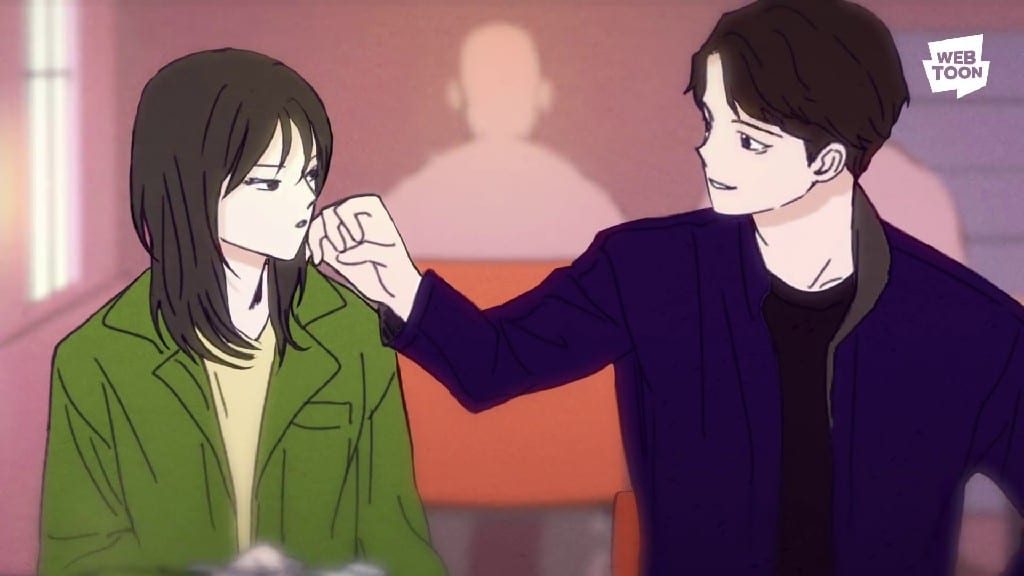 Jeongseo brings in a high-school love story retold for years but in a new form on its own. Nevertheless brings in a much laid-back read you need at night. A light-hearted story of two completely opposite art students. We have the girl who is told to look for love to reshape her art to the best. This encourages her to date, but she doesn’t necessarily fall in love. Until she meets a boy who likes to flirt and hates relationships. Both are mysteries to each other but has the girl really fell in love? What’s the deal with the boy? Here we are taking a look at the ending of Nevertheless’s Webtoon.

Nevertheless brings in the story of Nabi and Jae-Eon Park, who might have never met. If it wasn’t for Nabi to dump her boyfriend and opt to live a life with more freedom. Especially after feeling trapped inside the relationship, which saw her other half always being serious about his passions and goals and not giving her the freedom and love she deserves. One night of hangout changes her world as she meets Jae-Eon Park, who is full of freedom.  She becomes obsessed and feels like she is falling in love? But also, there is a much bigger mystery to this boy she is falling with.

Nevertheless begins with introducing us to Nabi (The meaning of the name is the butterfly in Korean). A young aspiring artist in her teens spending her college days pursuing her love art. Until the beginning of her art classes, tell her to chase love. Something that will define them as true artists someday. Following the advice, she fell in love with her teacher at the age of 19. Nabi’s art teacher is someone who is obsessed with art and his goals and much serious about them. Basically serious all the time. Nabi often feels being alone or being ignored by him but still believes he cares for her. 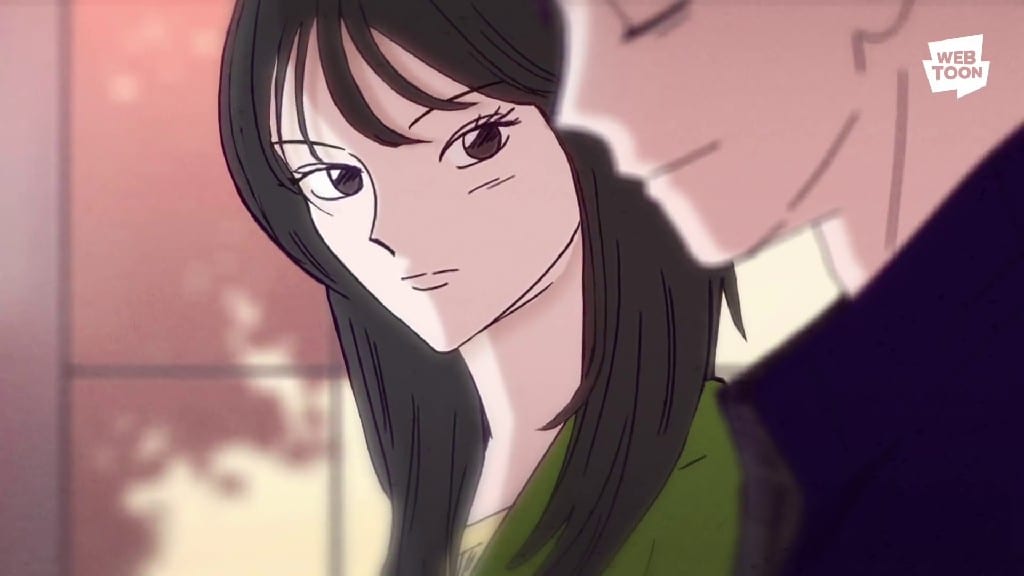 At one point, she even starts ignoring hanging out with her friends and living life fullest. All because she had made herself a serious, passionate artist much like her boyfriend until it goes to her head. She sees him being the same as someone else. When his talks go way into her head, she makes up her mind that all he talks about is himself and doesn’t care for her much. Thus dumping him and going out there to live life with her friends.

Hanging out with her new friends for the first time in a while. She is introduced to Jae-Eon Park. A first-year student but almost the same age as Nabi. The intriguing thing about him is the Butterfly tattoo on his neck. Meeting Jae-Eon Park intrigues Nabi furthermore as she can feel the freedom that he carries around. This even makes her feel further lighter. She enjoys each and every prank of his, even bums her first cigarette with him and starts waiting around for his messages like crazy. Nabi almost feels like she is falling in love again.

The Meaning Behind The Butterfly Tattoo

Nabi’s obsession with Jae-Eon Park leads her to the freshman studio. There she comes across the art Jae-Eon Park created and tries to understand it more. He has made what he likes to call is a butterfly. Again? Nabi believes there is a deeper meaning behind it until Jae-Eon Park makes his presence felt, stating he has a Butterly Pet at home. Nabi thought that’s all it is and believes being with her ex for so long made her an overthinker much like him. 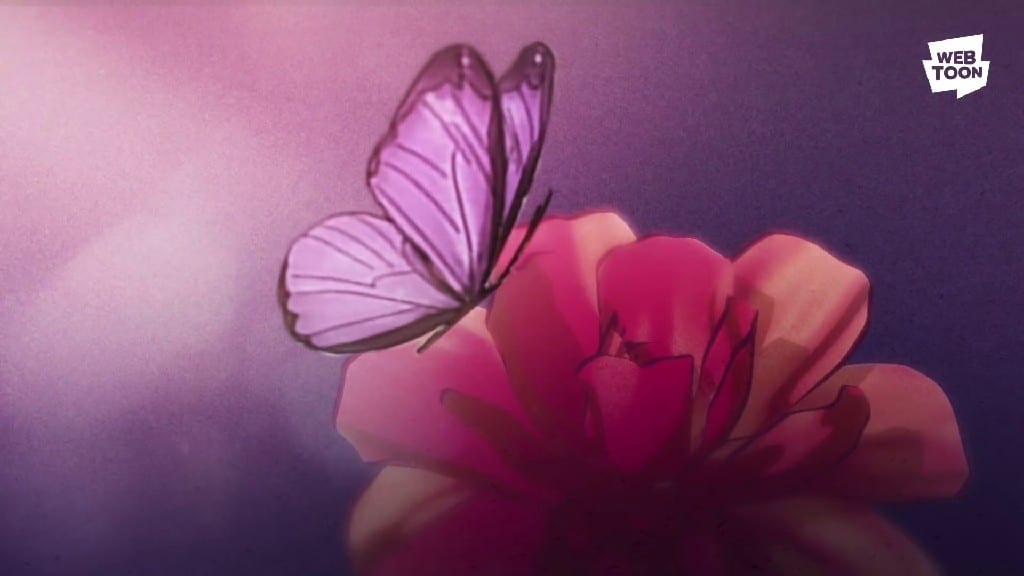 From The Official Trailer Of Nevertheless Webtoon

Hanging out with Jae-Eon Park was nothing but more fun. This, in turn, saw Nabi and him getting close and him eventually revealing there is more to this butterfly tattoo. Nabi tried to confess, stating she didn’t know that he had that tattoo only because he was raising a butterfly. Jae-Eon park went to reveal that he had this tattoo since he was 20 and is raising a butterfly only for a year. The thing he likes about them is their behavior, where he can see them crawling onto their face. He dictates the method by touching Nabi’s face. This way, Nabi and Jae-Eon Park continue their fun adventure with only two of them going to a bar.

Nabi hung out with Jae-Eon Park and was almost thinking she was falling in love. Plus even felt Jae-Eon Park feels the same towards her. They went to bars, ordered drinks for each other, and Jae-Eon Park even drew a butterfly on her arm. Until another girl walked into the bar addressing Jae-Eon Park. She revealed how he might have ignored her texts and insisted on joining her and her friends at the bar. Jae-Eon Park declined the offer as he was with Nabi, who was, of course, a little jealous. But one thing Nabi and the other girl noticed about each other is the same Butterfly symbol on each other’s arms. The one Jae-Eon Park drew on Nabi’s arms moments ago. 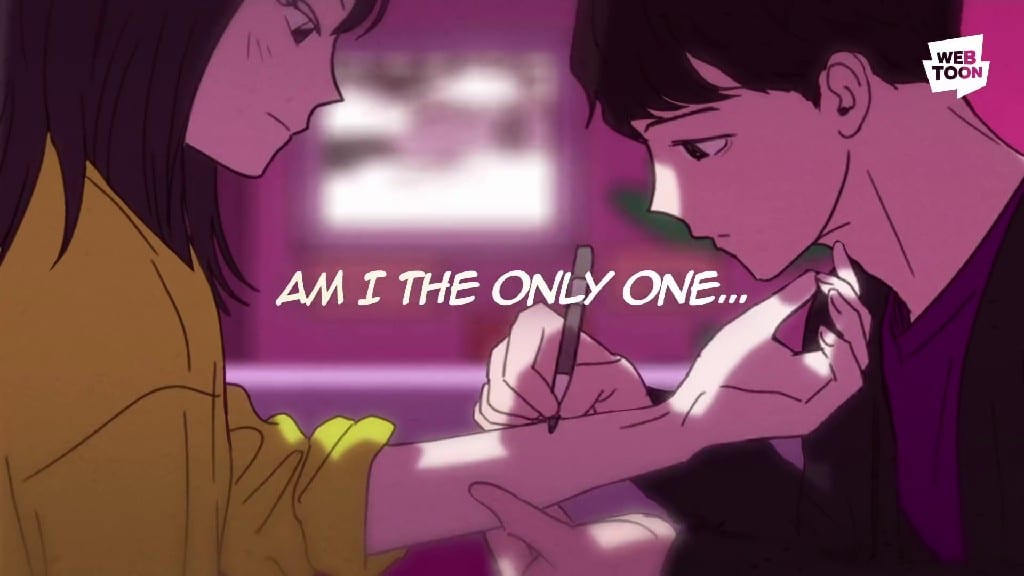 Later on, Nabi questioned Jae-Eon Park about the girl and, of course, the Butterfly symbol. He stated she is a friend from her Cram School. Plus, the butterfly is the thing she drew on her own. Why? Well, he believes friends can hang out, but the girl instantly started becoming obsessive, which didn’t fit with him. This made Nabi realize Jae-Eon Park is nothing like what she thought. He isn’t into her, and he is just friendly. There is more mystery behind him, thus closing the webtoon’s story for now.