Nevertheless, K-Drama Review: Why You Need To Watch It 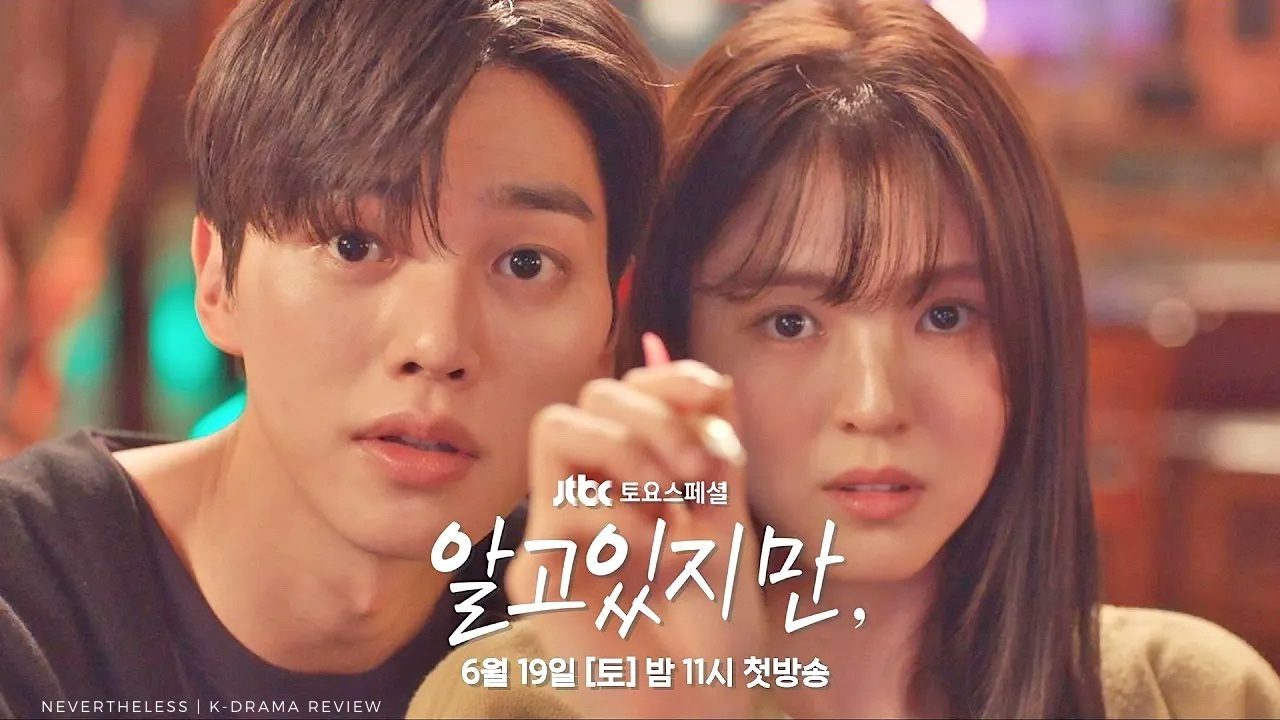 Nevertheless, Season 1 has finally ended and I think we are all finally in a place to really fathom what happened in the 10 episodes of this drama. Frankly, if I were to put it across that bluntly, Nevertheless, was one of the best dramas of 2021, hands down. I am sure there will be several conflicting opinions on my stance. Domestically, Nevertheless, was one of the lowest-ranked dramas on JTBC since January 2020. However, it also cannot be ignored that this drama found a very dedicated audience globally.

Before we get into everything about the drama, here’s a little context. Nevertheless, is a 2021 JTBC K-Drama based on a manhwa of the same name. The main plot of the story revolves around a group of art students in a fictional university in the South Korean capital. Students in their mid to late 20s will relate the most to the story because we see all the characters having a tough time navigating through their lives. This is especially true as these youngsters try to make sense of every feeling and relationship in their lives.

Yu Nabi and Park Jae Eon are students in Hongseo University’s art and sculpture department. Nabi has recently gotten out of a long relationship where she caught her boyfriend cheating on her. However, this is not all. The relationship that Nabi was in was already very suffocating, where her boyfriend tried to control every aspect of her life. Once Nabi is free of him, she stops believing in love. This is where Jae Eon comes in.

Throughout the season, the audience doesn’t get much of a glimpse into Jae Eon’s life outside of the university premises. For a brief scene, we see him having a rather uncomfortable conversation with his mother on her birthday. From this scene, one can easily make out that Jae Eon carries some childhood trauma. You can even call it abandonment issues. It seems as though his parents were too busy throughout his early formative years, leaving him to bring himself up. Perhaps, this could be one reason that justifies his dire phobia of committing in a relationship? However, we can never be too sure since Jae Eon did make some really close friends and was a kind person.

Coming to Do Hyeok, he seems to have had the perfect upbringing. He was loved by everyone and respected his elders. Not to forget, Do Hyeok was very hardworking. Moreover, his feelings for Nabi were definitely very innocent and pure. We don’t know much about Do Hyeok either. But, the way his character was portrayed, loving Do Hyeok is fairly easy.

Now, the question stands – who deserved Nabi? Well, if I were to give my opinion, Jae Eon was certainly easier to fall in love with. However, it was difficult to continue loving him because of all the emotional baggage he carried. Do Hyeok, on the other hand, was easy to love. And, like all quintessential love stories, Nabi followed Eve’s footsteps and chose the forbidden fruit. There isn’t really much scope for a debate here.

The Pride Side of Nevertheless,

One of the most underrated couples in the series were Yun Sol and Seo Jiwan. I personally believe that the story should have focussed more on these two for a lot of reasons. First of all, very rarely do we get to see LGBTQ+ couples in K-Dramas. Nevertheless, certainly missed a big opportunity to set the ball rolling for a more series that focussed heavily on same-sex love. This could’ve been a massive cultural shift in the domestic society of the country.

Moreover, Yun Sol and Seo Jiwan took the entire episode to try and figure out their feelings for each other. The fact that Sol hid her emotions for these many years sheds light upon the fact that people who belong to this community have to live with a lot of pent-up feelings before they are accepted by society. On the other hand, Jiwan’s confusion about her feelings towards her best friend tells us how long it takes people in this community to accept their own sexualities and the truth about their feelings. These are things that demand more awareness and hence should’ve been highlighted better.

No television series is complete without the perfect music backing it up, and Nevertheless, is no different. With songs by KIMMUSEUM, Sam Kim, RIO, Park Jiwoo, J.UNA, and Jukjae, among many others, this K-Drama OST is certainly a force to reckon with. There are a lot of new artists with really great songs that make each scene and episode worthwhile.

However, I cannot deny that there is some lack of versatility in the OST. I do believe that certain other genres of music, perhaps in the alternative pop or electro-pop genres, could have been included. Given the overall vibe of the drama, dream and neo-pop would also have been good choices of genres when it comes to the OST. However, we don’t have too many complaints because of how amazing Sam Kim’s Love Me Like That sounds. In fact, Eric Nam described the young musician as having the ability to whisper his way into your heart, and we couldn’t agree more!

Diana De Vegh Affair: Everything We Know About Her Alleged Relationship