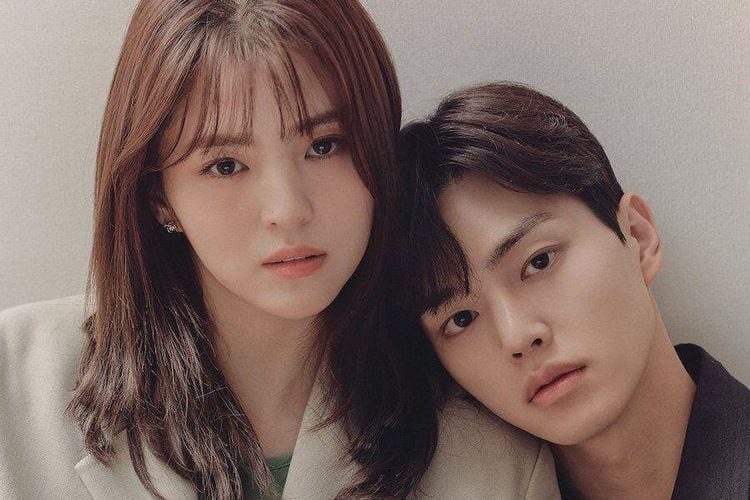 The main storyline in Nevertheless, was centered around a group of art students in Seoul’s fictional Hongseo University’s sculpture department. The main characters of the story – Yu Nabi and Park Jae Eon have had tumultuous past experiences when it comes to love and relationships. Yu Nabi was cheated on by her last boyfriend. Moreover, he was a control freak who tried to micromanage every small aspect of her life. Finally, after Nabi caught him red-handed, she decided to part ways.

Park Jae Eon, on the other hand, remains a mystery to date. The series did not speak much about his background story. However, it is not difficult to decipher that Jae Eon has several abandonment issues. Jae Eon’s mother is a world-class performer who was mostly absent in his life throughout. She did try making up for it by showering him with expensive gifts. However, her presents could not replace the love Jae Eon missed in his life. Perhaps, they are these issues that have made Jae Eon a commitment-phobic man.

Jae Eon and Nabi meet each other the very day she breaks up with her cheating ex. Though they spend some time together at the bar, they don’t end up spend the night after Nabi realizes that Jae Eon may have a girlfriend. Fate brings them together when Nabi finds out that Jae Eon is her junior. Nabi is not in a position in her life to take on another serious relationship. She does realize Jae Eon’s red flags in the first episode itself. However, she consciously chooses to ignore them because of how great Jae Eon makes her feel. 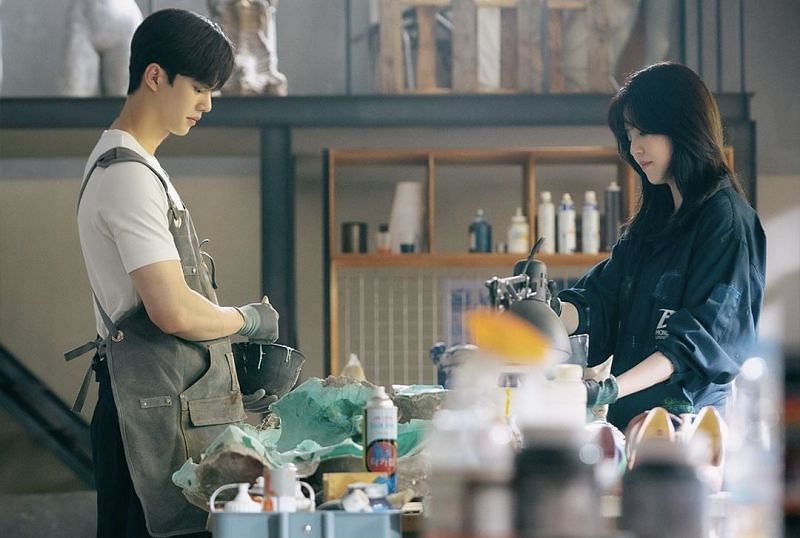 Jae Eon and Nabi in Nevertheless,

The 10th episode of Nevertheless, starts with Jae Eon and Nabi’s fight in the rain. After this fight, Nabi decides to distance herself from Jae Eon. However, Nabi’s art piece is destroyed when a ceiling fan drops on it. Jae Eon helps her prepare a new one in the very little time that is left before the exhibition. After the work is over, Jae Eon completely disappears from Nabi’s life.

All the students take their final exams but Jae Eon is nowhere to be seen. Nabi even meets up with Do Hyeok and the two of them spend some time together. However, Nabi is constantly lost in Jae Eon’s thoughts. This does not sit very well with Do Hyeok but he chooses to ignore it. 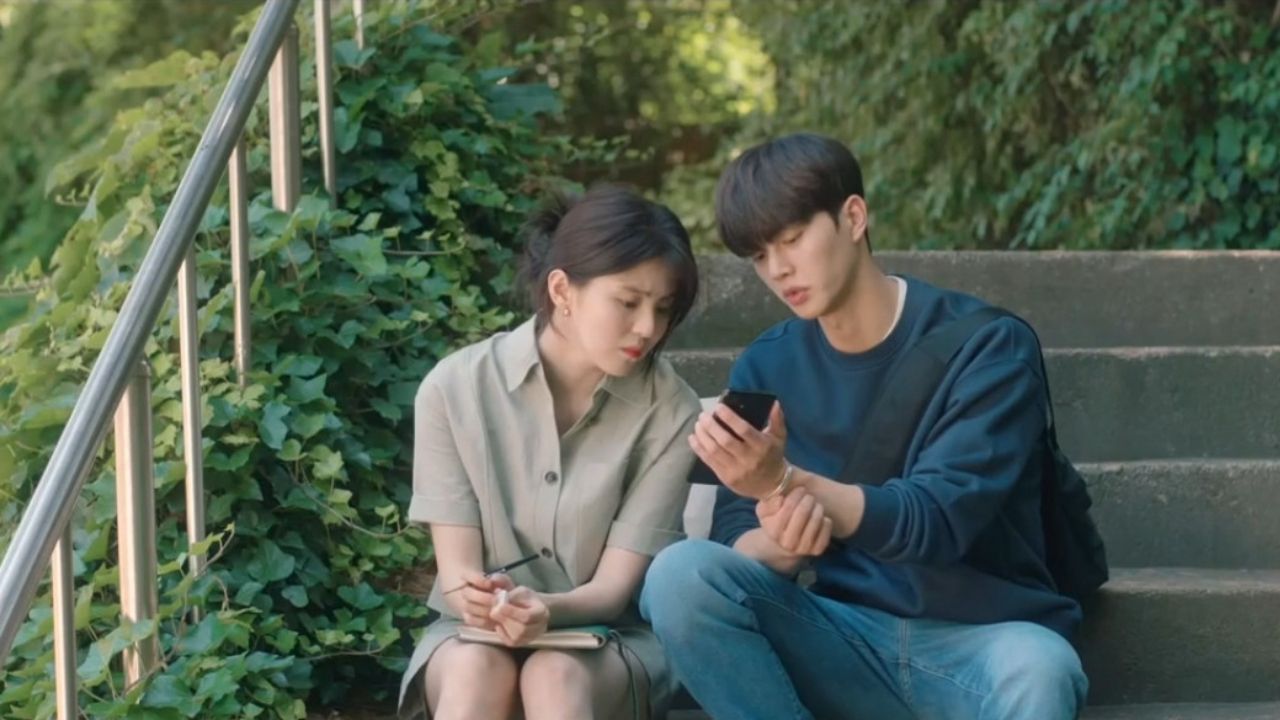 On the day of the exhibition, Nabi chooses to wear the butterfly bracelet that Jae Eon made for her. All the students arrive at the exhibition looking absolutely dashing. Yun Sol’s piece is called ‘Union’ and it is well critiqued. Nabi too has made a beautiful piece. Her professor is finally happy with her work and tells her to take it to Paris.

Do Hyeok and Nabi’s relationship reach a conclusion at the exhibition. For a moment, Nabi thinks she saw Jae Eon and runs out after him. Do Hyeok chases her too and decides to finally confront her. Nabi tells him that she still has feelings for Jae Eon even though she knows he is bad for her. Do Hyeok is visibly pained but he decides to finally let Nabi go. He gives her the flowers he got her and leaves the exhibition.

After having dinner with her friends, Nabi realizes that she really misses Jae Eon. She visits the gallery once again and is completely taken aback when she sees Jae Eon standing near her piece. Nabi narrates in the background that she doesn’t believe in love or fate but her finding Jae Eon at the gallery is unrealistic. Nabi confronts Jae Eon and tells him that she is glad to have him back. She even suggests that they should go out together.

Jae Eon is astonished at her confession. He asks her whether she will regret it later. Nabi tells him that she will probably regret it, but she wants to try regardless. For the first time, Jae Eon takes the narration from Nabi as he says, “Nevertheless, I still…” after Nabi narrates, “Love. I know it will cause me pain again.” The series came to an end as we watch the two of them fall into a playful banter and walk into the sunset in the post-credits scene.