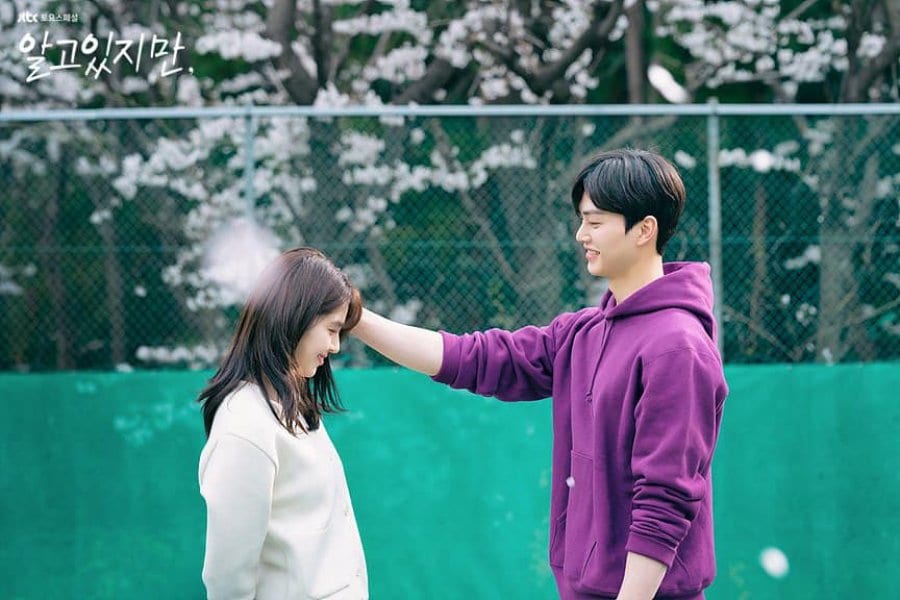 Nevertheless K-Drama Cast – Know The Stars and much more are we going to deal with today. The ongoing South Korean drama is quite eye-catchy and has been grabbing its hold well in the industry. In the main lead role, the drama features three well-known people from the industry. As the first main lead, we have Song Kang from the famous love alarm. As the heroine of the drama, we have Han So Hee, her beauty and charismatic smile are quite known in the industry, and she has been doing pretty well for herself to date. And as the third and final main lead, we have Chae Jong Hyeop.

All the charming leads coming in the same drama is quite a treat to watch. And hence the drama already has quite a lot of buzz around it lately. The drama Nevertheless has been adapted from a famous webtoon of the same name. The webtoon Nevertheless by Jung Seo did pretty well, and we are hoping the drama to do wonders as well. Overall the presentation of the drama looks quite appealing, and hence we as viewers are automatically attracted to it. The drama is known to have just 10 episodes in total. And the first episode of the drama, titled ”There’s No Such Thing as Fate” has already been released. The drama is hence getting quite an attention, and the chemistry between Song Kang and Han So Hee is something to watch the show for.

Nevertheless, K-Drama Plot Analysis and more is something we will be taking up next before heading any further. The drama has three main characters in it all. The series tells us the story of two people who are both into each other. But are hesitant to continue further due to their past relationships. As the main lead character, we have Park Jae Eon, who is a flirt and doesn’t wanna come into a real serious relationship. Though he firmly wants to date yet doesn’t believe in love and just flirts around mostly. Overall he is a friendly and cheerful guy but maintains a firm distance from relationships. 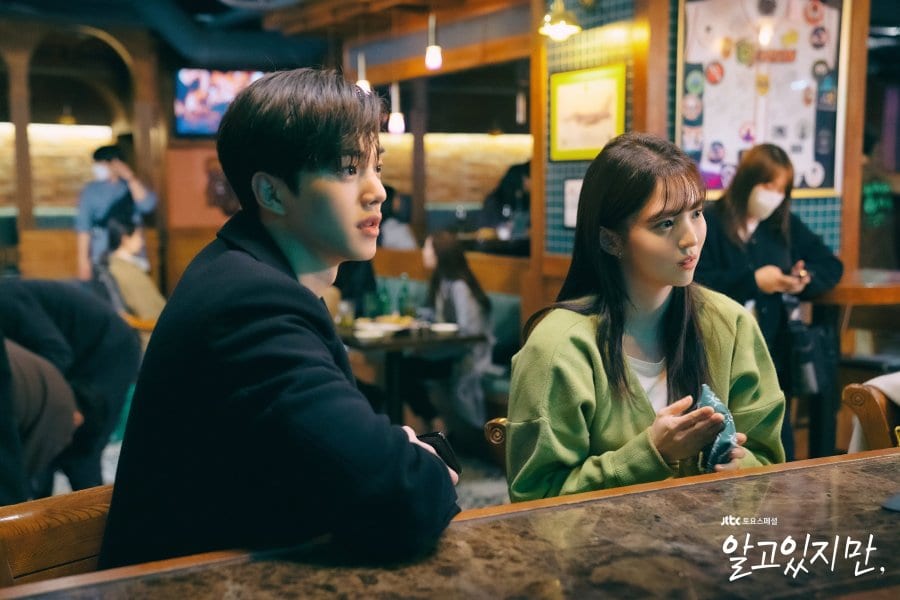 A Still from the drama, Nevertheless.

On the other hand, we also have Yoo Na Bi, who even doesn’t wanna come into relationships but wants to date. She has had bitter experiences in the past and now doesn’t believe in love or destiny anymore. Though both are quite firm and adamant on their stance in life, they feel a change of emotion when they meet each other. Yoo Na Bi starts feeling a vibe to give love and relationship a second chance while Park Jae Eon is still not ready for commitments. What happens next and how the two will sort out the problems with one another is the overall plot of the story. 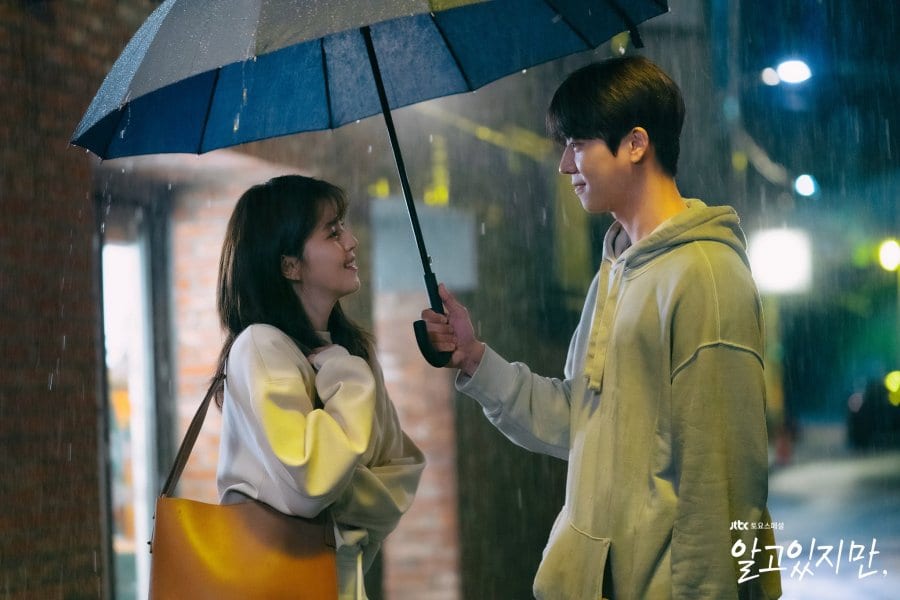 The drama has a total of just 10 episodes, and the first episode of the drama premiered on 19th June 2021. The drama airs on its original network JTBC along with the global streaming site Netflix. It airs just once a week on every Saturday, with the duration of each episode to be approximately 1hr 10min.

Nevertheless, K-Drama Cast is quite already known to us. As the main lead of the drama, we have Song Kang, Han So Hee, and Chae Jong Hyeop. Apart from the main lead actors, many other actors and actresses have also been cast in supporting roles and guest roles. Actors like Kim Min Gwi, Lee Yeol Eum, Yang Hye Ji, Lee Ho Jung, Yoon Seo Ah, Lee Seung Hyub, and many more are also a part of the drama.

Song Kang is the main lead of the drama. The 23-year-old actor rose to fame mostly from his series Love Alarm, sweet home, and many more. He is known to have a charming and attractive personality. No doubt he is handsome and attracts the maximum attention towards him automatically. In recent times we saw him in his drama Navillera, which too did quite pretty well. He has been in the industry for a while now and even won himself many awards and nominations. Song Kang even won the Male rookie award at the 12th SBS Entertainment Award. He is not just active in dramas but is quite active in movies and tv shows as well. He had been doing supporting roles and guest appearances for a while, but his big breakthrough was with the drama love alarm, which was his first official main role.

As the heroine or the female protagonist of the drama, we have Han So Hee, who made her acting debut in a minor role in “Reunited Worlds”. It hasn’t been long that she entered the industry. She even played a supporting role in the famous drama Abyss. And was last seen in her drama, the World of the married.  The 26-year-old actor gained worldwide recognition mostly from her breakthrough drama, the world of the married. The drama was a huge hit and hence pretty well established her name in the industry as well. She has even won herself numerous awards and nominations. She even won the Best Actress of the Year – Rising Star award in the Brand of the Year Awards 2020.

Next in line, we have Chae Jong Hyeop. The 28-year-old actor is also quite new to the industry. He was recently seen in the drama Sisyphus: The Myth, where he was cast in a supporting role. He was also seen in the television show, amazing Saturday as a guest. A few of his famous works include Hot Stove league, rumors, and more.  The direction of the drama has been done under Kim Ga Ram, with the screenwriting under Jung Won. The genres of the drama include Romance, life, and Drama. 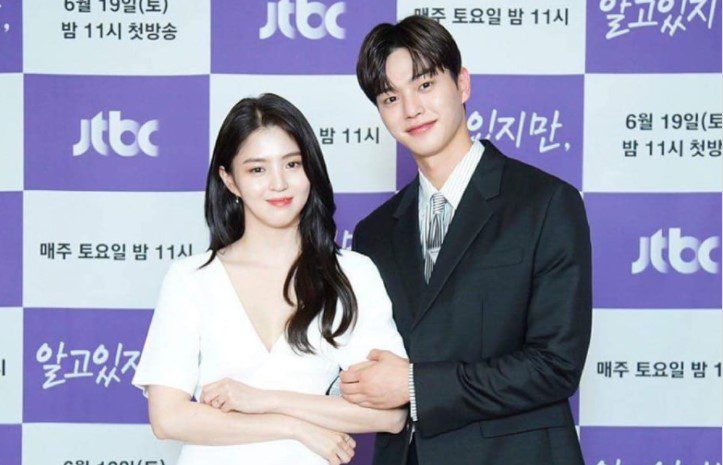 The main lead cast of the drama, Nevertheless.