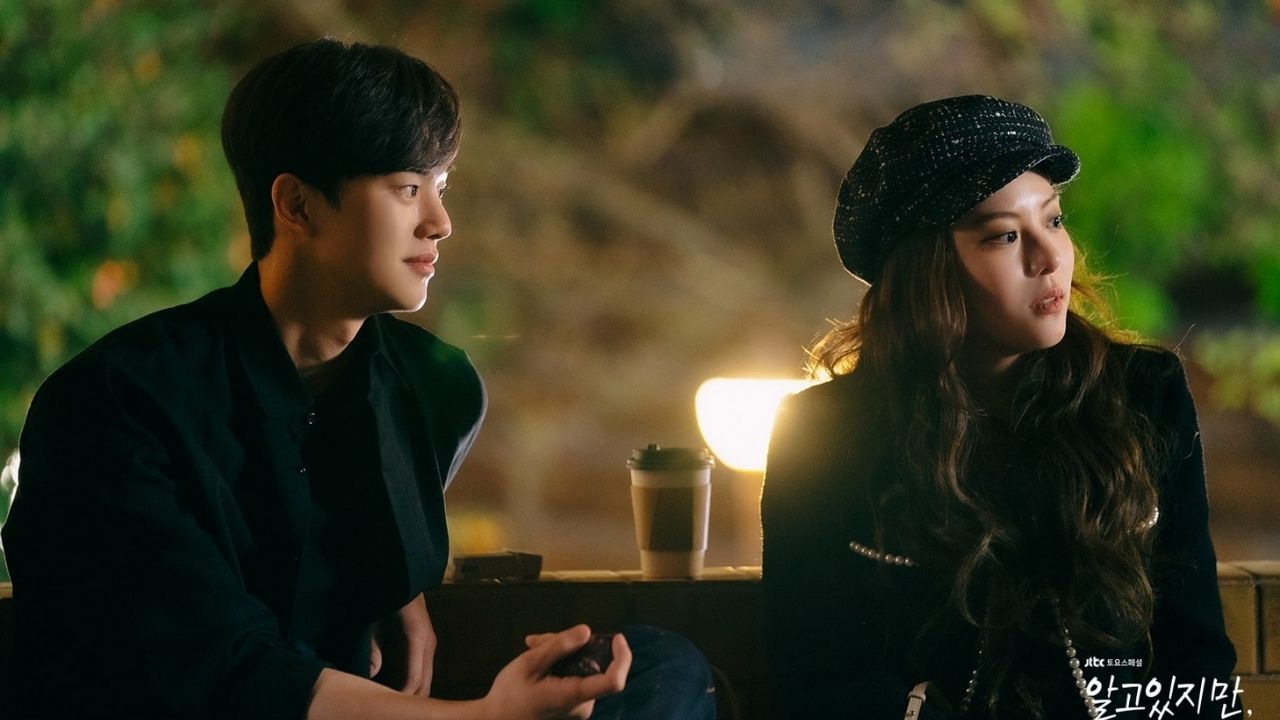 K-Drama fans across the world are eagerly awaiting the release of Nevertheless Episode 7. This limited series has captured the hearts of millions of Song Kang fans with the actor’s brilliant portrayal of the cryptic main character – Park Jae Eon. The female lead, Yu Nabi is played by Han So Hee.

The storyline of the drama is based on a Korean manhwa of the same name. It follows the life of a group of art students in university as they go through the complicacy of relationships and understand the people around them. Nabi has just gotten out of a long relationship after her boyfriend cheated on her. She cannot afford to break her heart yet again.

On the other hand, Park Jae Eon is Nabi’s junior in the department. He doesn’t believe in commitments and only dates casually. The audience knows nothing about Jae Eon or where he comes from. On the other hand, every part of Nabi’s life is revealed. It is unsure whether the two of them will actually end up together.

In the meanwhile, there is Do Hyeok – a boy who has liked Nabi since they were kids and Seol-a, Jae Eon’s ex. What is their role in the story? Guess we will have to wait to find out as more episodes of the K-Drama are released.

Nevertheless, Episode 7 will be released at 11 p.m. KST on July 31, 2021. You can watch Nevertheless Episode 7 on Netflix, right after it has been aired on South Korea’s JTBC channel.

In Nevertheless Episode 7, we will see Jae Eon trying to mend his wrecked relationship with Nabi. All the friends gather for a campfire, and several secrets are revealed here. The question really is whether Nabi and Jae Eon end up together ultimately. Or is it Do Hyeok who gets Nabi?

Nevertheless, Episode 6 is called “There’s No Such Thing As Love. Nevertheless”. It can be unanimously agreed that this episode in the mega-hit K-Drama was more of a filler than an extension of a concrete storyline. One interesting revelation for the audience here was certainly their unexpected encounter with Jae Eon’s mother. As an extension of the previous episode, Seol-a tells Jae Eon about her brief meeting with Nabi. She also tells him about her little lie. Moreover, Seol-a also reveals to Jae Eon what Nabi told her. It seems as though Seol-a has feelings for Jae Eon but is too afraid to get clingy.

After her meeting with Seol-a, Nabi decides to take a break from work and class. She goes to visit her aunt by the beach. However, Nabi has not informed anyone about her whereabouts. Everyone is trying to get in touch with her, but they can’t. In the meanwhile, it turns that it is Jae Eon’s birthday. However, it seems as though he has not informed anyone about it. Wishes pour in from every direction. But there is only one person that he wants to talk to – Nabi.

Because it is Jae Eon’s birthday, we get a chance to meet his mother. Nothing is known about her, except it seems as though she is some kind of a performer who mostly travels overseas for work. Jae Eon’s mother apologizes to him for always being absent and gifts him a Maserati for his birthday. She tells him that her next performance is in Paris and that Jae Eon is more than welcome to join her. Jae Eon tells her that he knows someone bothersome who wants to travel there. It is unclear who Jae Eon refers to in this comment.

Do Hyeok and Nabi’s Little Rendezvous

In Nevertheless, Episode 6, we see Nabi and Do Hyeok share many candid moments together. Both of them are in their hometown at the same time. Together, they spend quite a lot of quality time going on walks and spending camping by the beach. Do Hyeok confronts Nabi about his crush on her back in school. Nabi tells Do Hyeok all about her toxic relationship with her ex-boyfriend. 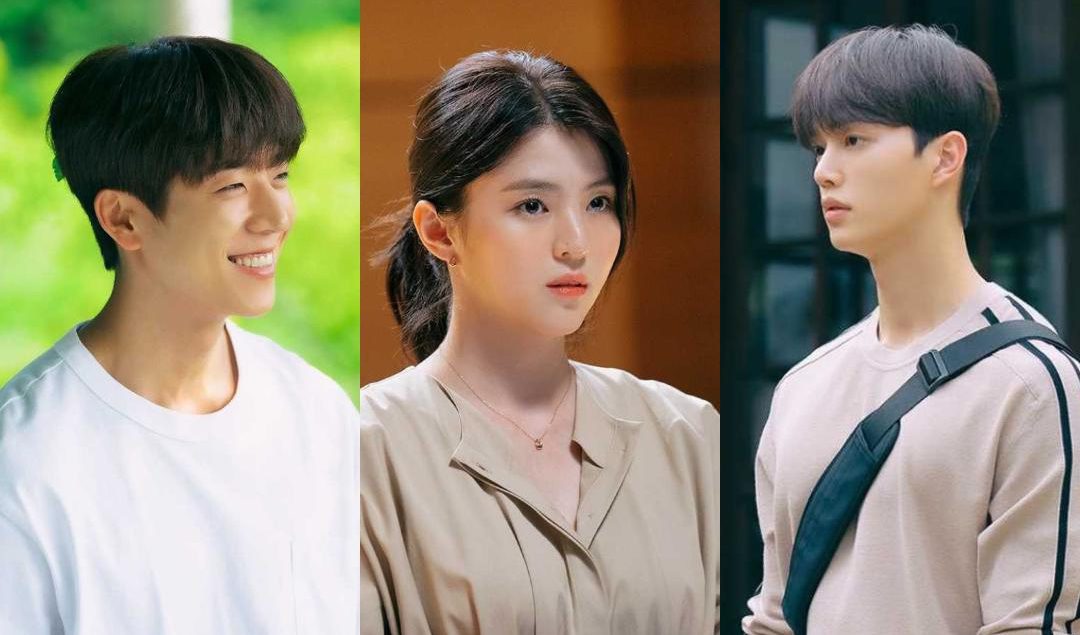 Do Hyeok, Nabi, and Jae Eon

It turns out that Do Hyeok was also there in the exhibition that Nabi attends in the first episode of Nevertheless. He had just gotten out of the military then. In fact, Do Hyeok had seen her too but was unsure whether he should call out because it had been too long since they met.

Later the next day, Do Hyeok and Nabi go to the local market to purchase food. Do Hyeok wants to prepare an elaborate meal for Nabi. When they get back, the episode comes to an end with Jae Eon at Do Hyeok’s place.

In this episode, we didn’t see much going on between Jae Eon and Nabi’s friends. On the one hand, Jiwon is very jealous of Sol and Sehun going out to have lunch. To Sehun’s dismay, she joins the two of them in their meeting. It can be seen that Sol is busy making Jiwon feel comfortable instead of talking to Sehun much.

On the other hand, things are going downhill for Kyu Hyun and Bitna. Bitna wants a casual relationship with him and doesn’t want to tell many people about the two of them. However, Kyu Hyu wants stability and an exclusive relationship with proper commitment from Bitna. 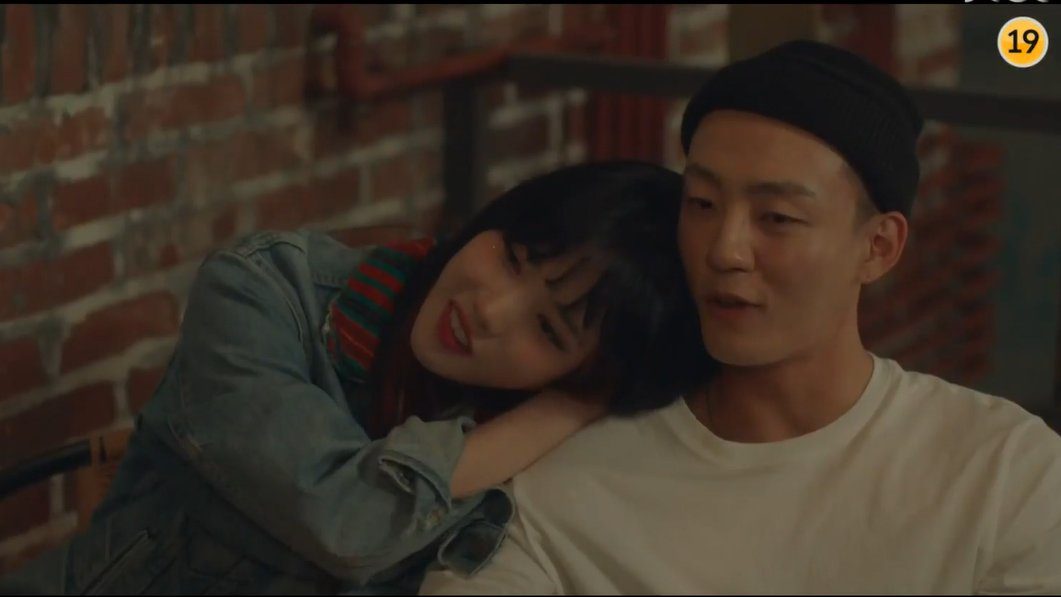