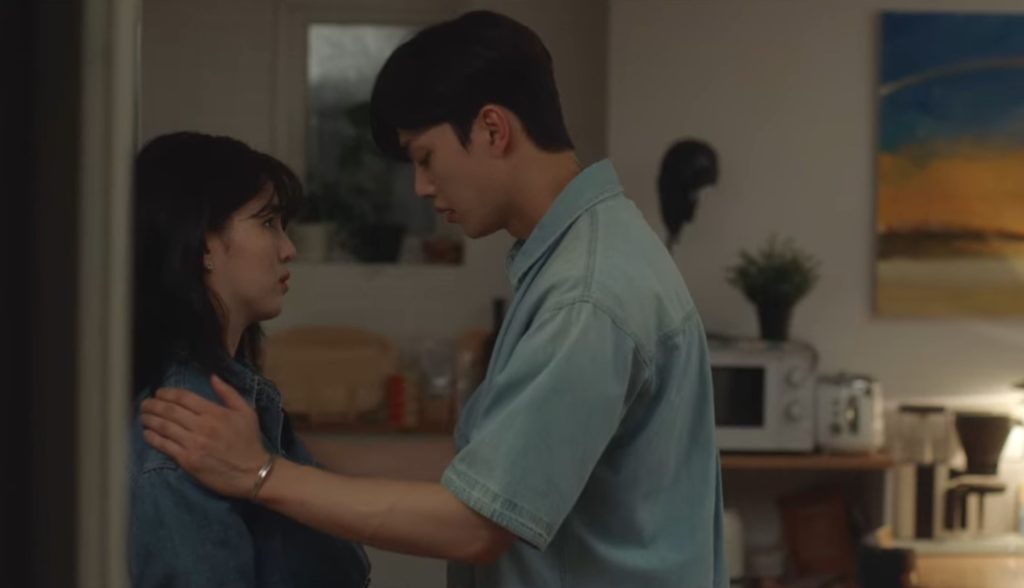 Nevertheless, Episode 10 is all set to be the last episode in what can only be called one of the most popular k-dramas of 2021. Regardless of the falling ratings of Nevertheless, in South Korea, audiences globally have loved Jae Eon and Nabi throughout. One of the major reasons why the drama didn’t have that many admirers in its home country could be because of the story. We have to understand that the storyline in Nevertheless, is very different from what we usually see in the romance genre in most K-Dramas. In spite of what the ratings say, we love Song Kang and Han So Hee and can’t wait to see who Nabi ends up with.

The plot in this K-Drama revolves around a group of art students in a university in Seoul. We see how these youngsters deal with their sexuality, feelings towards their friends, and changing relationships in their lives. While Nabi has just gotten out of a long relationship after her boyfriend cheated on her, Jae Eon is someone who has major commitment phobia. But when they cross each other’s paths, sparks fly between them and their chemistry is undeniable.

Nevertheless, Episode 10 will be released at 11 p.m. KST on August 21, 2021. You can watch it from anywhere in the world on Netflix, right after it has been aired on South Korea’s JTBC channel.

Finally, in the season finale of Nevertheless, we will see Nabi choose from between Do Hyeok and Jae Eon. In the upcoming episode, we will see Jae Eon go out of his way to help Nabi with her exhibition. This comes after her piece is ruined by someone and she has to start all over again. We also see Nabi go outside Jae Eon’s home. Do Hyeok, on the other hand, seems to be getting more and more popular. He has proper fangirls now. 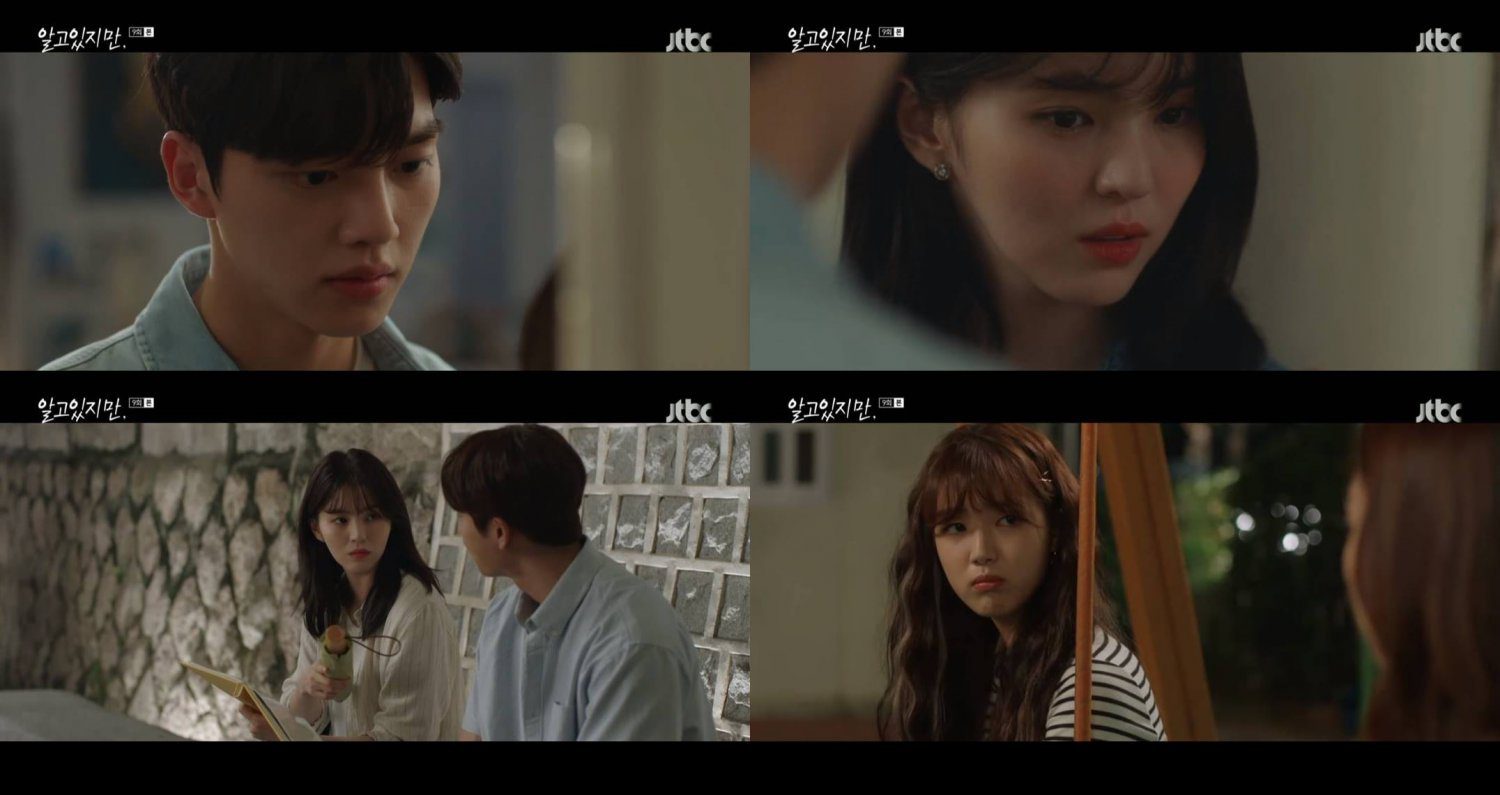 After the senior class’ live sketching session, where we got the chance to see Jae Eon as a model, he and Nabi go out for drinks. While at the bar, Jae Eon is visibly jealous of Nabi’s constant exchange of texts with Do Hyeok. Do Hyeok, on the other hand, is busy drinking with his seniors. They ask him to go and meet Nabi in the middle of the night. He even texts Nabi before waiting outside her apartment. Jae Eon insists upon walking Nabi home and collecting his stuff. When they reach her building, Nabi asks him to wait outside. However, Jae Eon sees Do Hyeok waiting. Jae Eon wants to make him jealous and thereby asks Nabi if he can come inside and help her pack. Nabi invites him in. Do Hyeok is extremely frustrated seeing it all and decides to leave.

While in Nabi’s apartment, Jae Eon makes advances towards her, which she turns down boldly. Nabi says that she does not want to make any more mistakes with him. Jae Eon then corners Nabi and suggests that they should officially go out together. He tells Nabi to think about it carefully.

Things on the work front do not look too good for Nabi. The criticism she receives from her professor is quite harsh. This leaves Nabi heartbroken. She also finds out that she didn’t get through the exchange program that she had applied to. Jae Eon also finds it out in the university inquiry office. Seol-a on the other hand decides to give up on Jae Eon and return to the US. Do Hyeok sees her and Jae Eon in a cafe where he is attending a meeting with a representative from an entertainment agency.

The Changing Dynamics of Nabi, Jae Eon, and Do Hyeok’s Relationship

We see certain meaningful advances being made between Nabi and Do Hyeok in Nevertheless, Episode 9. First of all, Nabi wakes up the day after the critique to find Do Hyeok’s message about meeting up. She calls him and apologizes immediately for being unavailable. While editing his videos, Do Hyeok finds several clips of Nabi. He decides to get them printed and give them to Nabi.

When Do Hyeok and Nabi finally meet, he asks her whether she ever felt that Jae Eon’s feelings towards her were sincere. Do Hyeol also tells her that no matter who she chooses, all he really cares about is her happiness and that she should do what she really wants in her heart. Do Hyeok then gives Nabi a new umbrella so that she does not get wet in the rain. 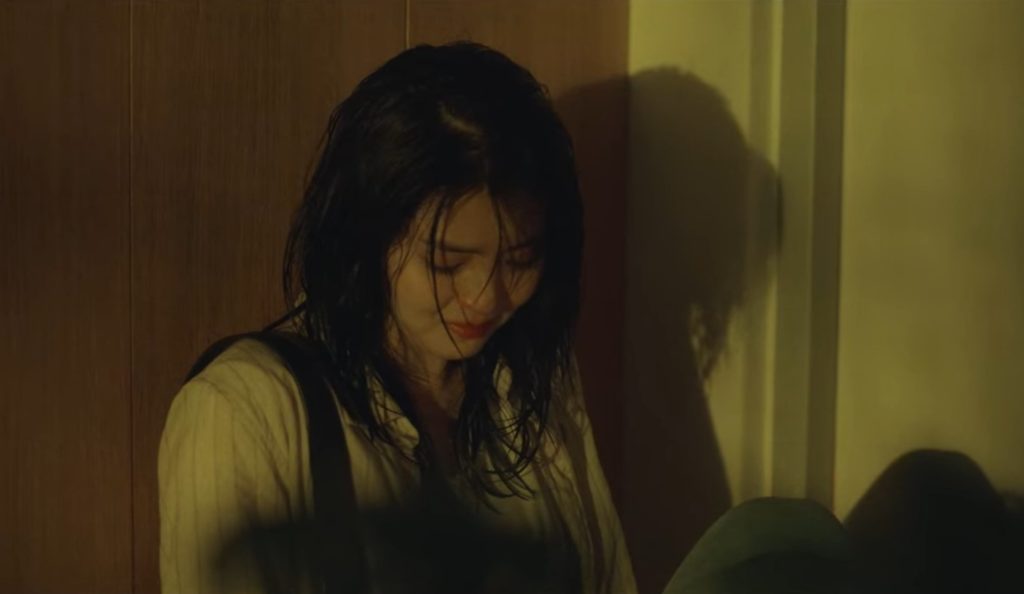 When Nabi is back home, she sees Jae Eon waiting for her by the door. He’s all wet from the rain. Nabi and Jae Eon have a small argument as the latter mocks Do Hyeok for waiting the previous day. Jae Eon also confronts her about what she said to Seol-a. Nabi is very disappointed in Jae Eon and it is very prominent from her expressions. She then leaves him standing in the rain and goes back to her apartment. The episode ends with Nabi in tears at home and Jae Eon realizing that he has lost her forever.

Coming to updates about the other friends, we see Sol and Jiwan have confessed their feelings towards each other. Bitna and Kyu Hyun have also started to date each other again.