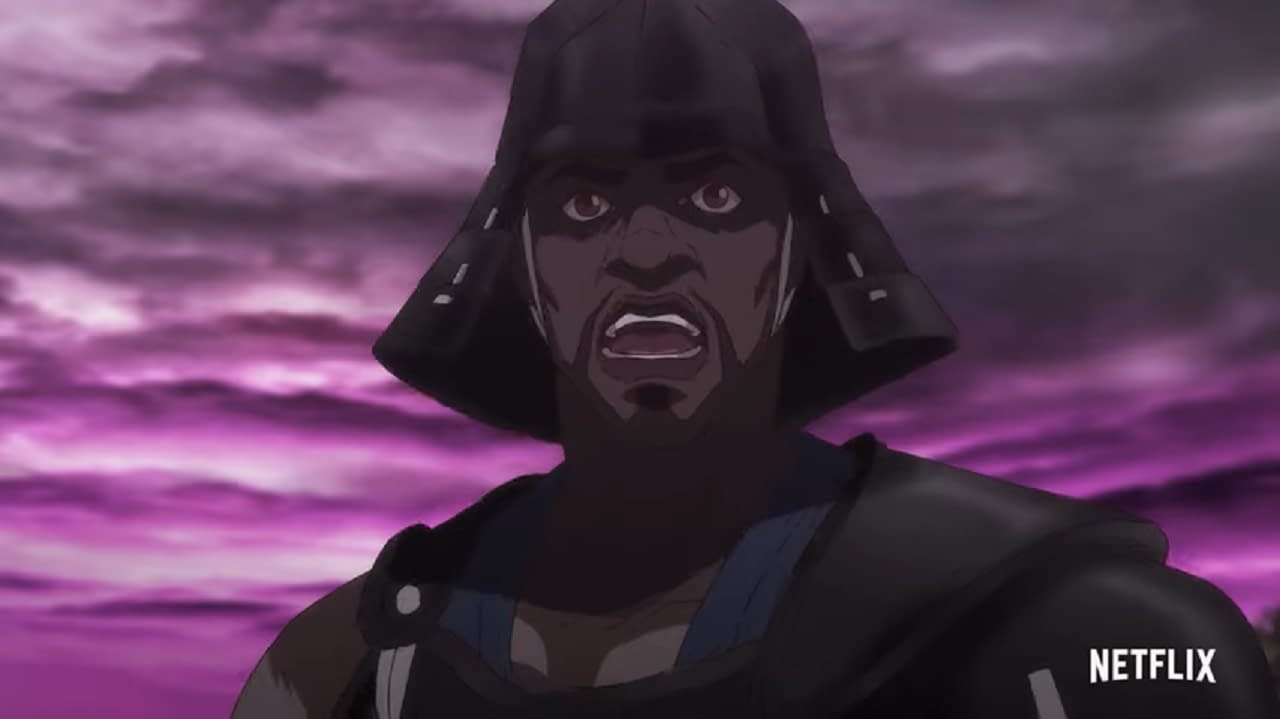 Still From The Official Trailer Of Yasuke

Netflix recently added a brand new anime series to its wide catalog. Yasuke, a venture created by LeSean Thomas teaming up with MAPPA Animation studio, looked like a promising anime. Especially for the ones who wanted brutality and action-packed sequences. Also, a look into the life of the only black Samurai of Japan. Yes, Yasuke takes cues from the story of a real-life historical figure. It tells the story of a warrior of African descent from the Sengoku period of samurai conflict in 16th century Japan. Just add Magic, monsters, and advanced technology to the 16th century of story-telling. You will, in turn, receive Netflix’s Yasuke.

Yasuke follows the titular character who left the Samurai life 20 years ago. But when a little kid finds herself in danger, the warrior picks up the sword again to escort her safely to the home. Thus battling all the enemies and obstacles amidst. So anyway, here is our take on the show. Our analysis of what went down in the six-episode series created by LeSean Thomas with critically acclaimed Lakeith Stanfield starring in the lead as Yasuke. So let’s begin.

Yasuke takes us in an alternate reality in 16th century Japan, aided by Magic and technology. In 1528, Yasuke served as a warrior under the command of Lord Oda Nobunaga. Only until he watches him fall in a battle against demonic warlord Yami no Daimyō. After the fall of Nobunaga, 20 years in the future, Yasuke finds himself trying to forget his past as the ronin “Black Samurai” and works as a fellow boatman going by the name of Yassan. He spends his days drinking and sleeping and helping people travel through rivers. 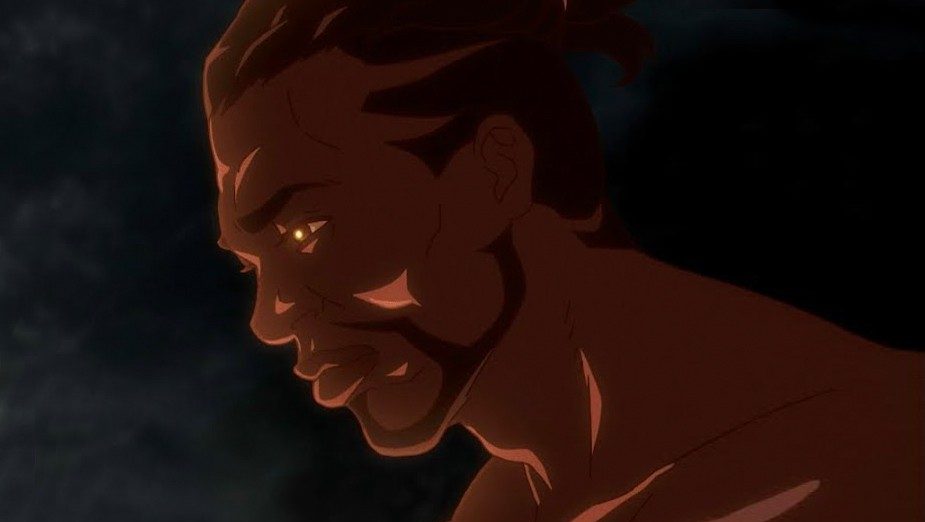 One fine day he comes across Ichika and her daughter Saki at a bar. Saki comes off with mysterious and quite strong powers but is suffering from sickness. When unknown mercenaries arrive trying to attack both of them, Yasuke steps in as well. Picking the sword again, he is tasked with returning Saki home to get her treated by a doctor. Amidst this, he faces glimpses from the past life as well as coming face to face in obstacles and battles with the mercenaries of Yami no Daimyo.

So, yes let’s begin with the compelling concept Yasuke as a show came up with. The animation, beloved action sequences, based on a real-life figure and magical elements. Well, there is a lot and of course, the expectations tend to be higher. But not everything has lived up to the top-notch of the frame in this new Netflix anime series. There are a few problems here and there that affect the compelling elements we were promised. So let’s begin with the story and the titular character.

The story centers around Yasuke, who, as the name suggest, is supposed to carry the show on his shoulders. Plus it is supposed to take cues from the real-life figure, right? But there is a lack of depth in the storytelling of this warrior. There is enough creative freedom, of course, but even with that, we dive into his past and then present. I still couldn’t figure out much about him and his motives. For anime as a category, shows heavily rely on the characters and their journey plus backstories. In Yasuke’s case, it couldn’t live up much to tell about his character in the six-episode first season. The backstories were more interesting, to be honest, as far compared to the original plot, but yes, they don’t give away much that’s why they fail to impact. 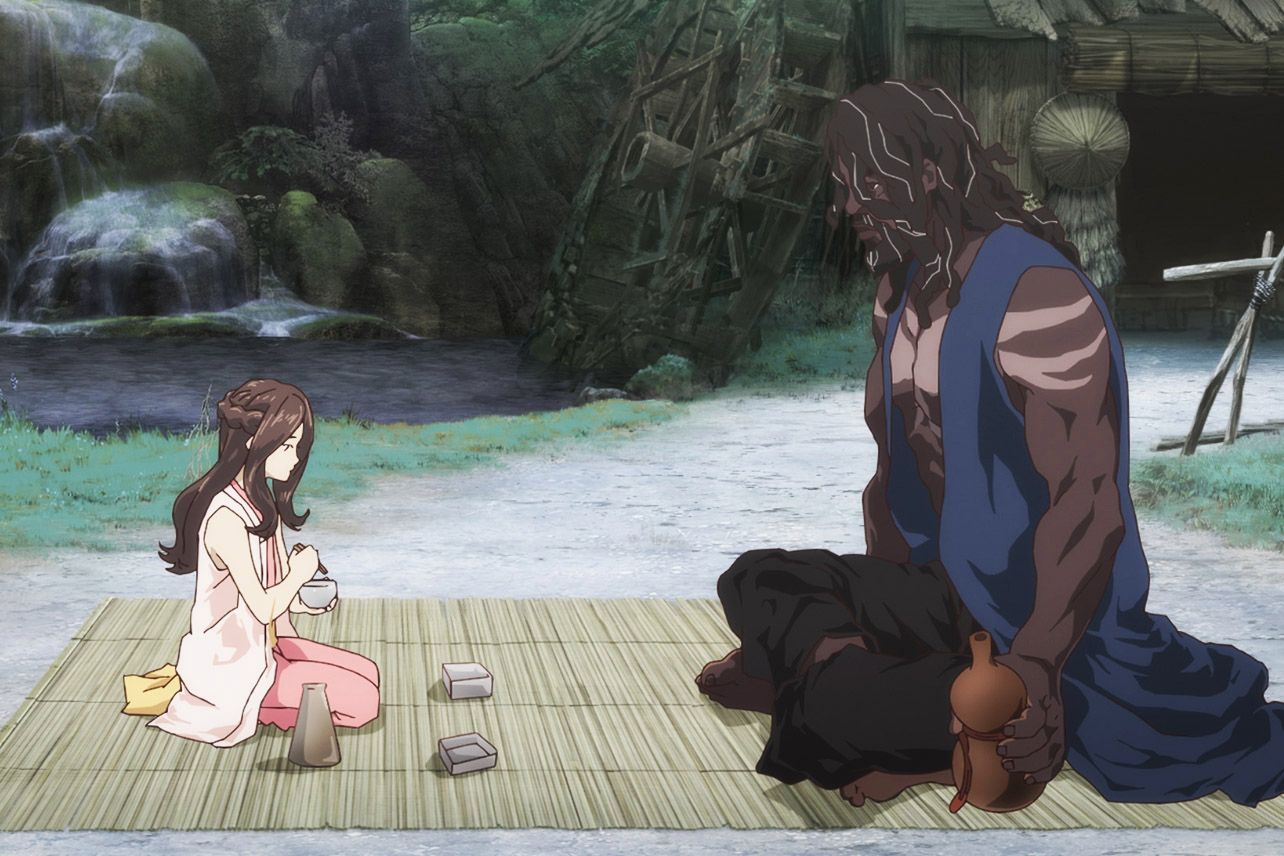 Coming to characters, much like Yasuke, the case is similar to supporting characters. Each character seems like a regular one which is cliche is part of a usual story. Plus, let’s note the absence of depth. There is a scene where Saki loses her mother, but we don’t see it affecting her that much. The same goes for the other characters, probably there were only a few episodes we don’t know. But when it comes to the main characters, anime usually dedicate one or two episodes just for a background check.

So apart from the story and linear characters, the animation is almost top-notch. Of course, we are talking about MAPPA here, which has established itself with Attack On Titan. So, Yasuke stood out with animation. Another good aspect or indeed a great aspect would be action sequences. They are the highlight of the series, making the show an interesting watch and something to look out for.

If a second season for Yasuke does come out, we hope to see more of Yasuke rather than him only carrying the main plot. Where does he come from, and from where do his motives initiate? There are a number of questions. Since the warrior picked up his sword again, this is a topic well to look out for in a sophomore edition.

Also Read: Will There Be Yasuke Season 2?