Netflix’s upcoming original series ‘Suriname’ has announced its main cast. Also, On May 28, the streaming giant announced that Yoon Jong Bin’s new show will air on Netflix. A group of talented actors is chosen to appear in the crime drama. It includes Ha Jung Woo, Hwang Jung Min, Park Hae Soo, Jo Woo Jin, and Yoo Yeon Seok. Fans of the stars are really excited to see them together doing action sequences on the screen. Netflix’s Suriname will also mark Yoon Jong Bin’s first collaboration with the Production Company. The show will be more interesting to see as it is loosely based on a real story. Hence, without any further ado, let’s get all the updates on the cast of Netflix Suriname.

Netflix’s Suriname will tell the story of a civilian businessman who starts helping in the National Intelligence Service’s secret operation to find a Korean drug king. The Korean Drug King lives and works in the South American country of Suriname. Suriname is closely adapted from a real story.

Currently, there is no release date scheduled by the network. We believe the show will begin filming soon. Thus, expect the show to release by the end of the year. Also, it is reported that Suriname will have six episodes in total.

Ha Jung Woo will play the role of Kang In Goo. In-Goo is the main character of the show, who commences a business in Suriname hoping to get rich. However, he ends up getting tangled in a world of illegal drugs and business.

Hwang Jung Min will take on the role of Jeon Yo Hwan. His character is the drug King and the one who controls the underground world of Suriname.

Park Hae Soo will appear as Choi Chang Ho. Chang Ho is the team leader of the American branch of the National Intelligence Service. He is the one who adds Kang In Goo in his plan, and together they work to take down Jeon Yo Hwan.

Jo Woo Jin will be seen playing Byun Gi Tae. He will play an ethnic Korean born who is raised in China. He is Jeon Yo Hwan’s, right-hand man. Also, he takes care of his dirty businesses.

Yoo Yeon Seok will play David Park. He is a lawyer of the team and advises Jeon Yo Hwan regarding work. David is also the brains of the crime syndicate.

Actress Chu Ja Hyun is also reportedly a part of the film. However, his role is not announced or confirmed by the crew yet. The actress will be next seen in the upcoming drama, Green Mothers Club.

The cast of Netflix’s Suriname is definitely one of the best with respect to the storyline of the show.

Ha Jung Woo, who will play the main character is a huge South Korean star. Belonging from a family of actors, the star has appeared in Uncountable South Korean film and is also a recipient of numerous awards. Some of his hit films include Along With the Gods 3, Tunnel, Handmaiden, and more. He will be next seen in Lunar Eclipse & Night Trip. 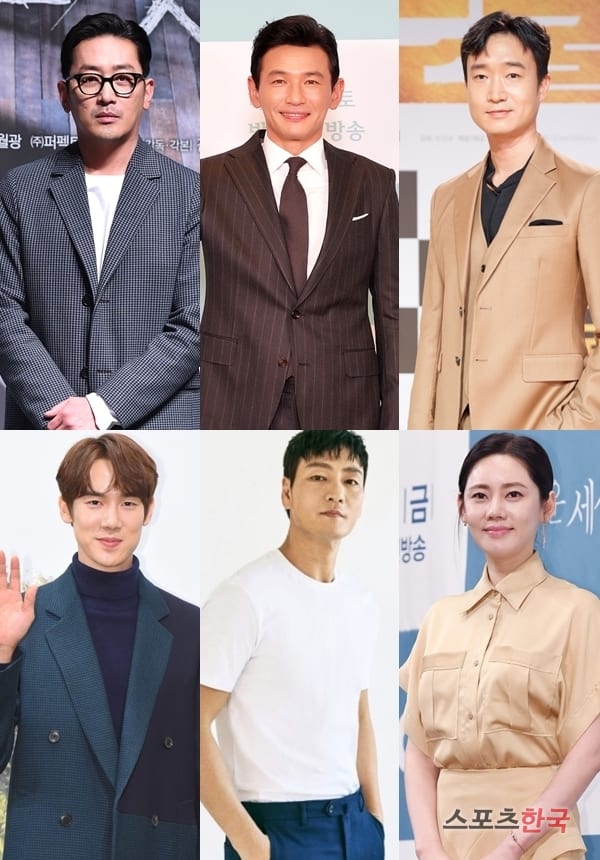 Hwang Jung Min is another famous star from the country. He admitted to an acting school when he was 3 and made his debut in 2001. Since then, he has earned several awards for his performances. His work portfolio includes films like The Battleship Islan, Veteran, Ode To My Father, and more. Jung-Min will be next seen in the films- The Point Men & Hostage.

Park Hae Soo is known both for his roles in dramas and films. Some of his hit dramas are Prison Playbook and The Legend of the Blue Sea. The actor is all set to appear in the Korean version of the Spanish hit series, Money Heist. He will play the role of Berlin.

Jo Woo Jin is another famous star from the Kdrama and movies world. however, Suriname will mark his first leading role. Also, he will also be seen playing the lead in another upcoming drama, Happiness.

Lastly, we have, Yoo Yeon Seok. The actor is widely famous for his role in the Hospital Playlist franchise. But, he is also famous for his work in several Korean films. Some of his movies are New Year Blues, Love Lies, The Beauty Inside, and many more.

Dom Season 1: When is the new Amazon Original Airing?