There have been several; titles introduced on Netflix for this month, and there have been plenty of thrillers that are already existing on the streaming service. One of the latest addition to Netflix is Intrusion which has Friedo Pinto and Logan Marshall-Green in starring roles. Although it is a thriller, not all thrillers are equal. Although the film didn’t exceed any expectation and is quite a mediocre film, to begin with, its doesn’t mean that it could not or should not be streamed. The film’s main plot features Pinto’s Meera and Henry Green, who is her husband. The couple moves to their dream home located in a small town. But when there is an invasion done at home it leads to an aftermath that is quite shocking and revealing which made her question everyone’s integrity.

Everything is messed up, and nothing has been stolen or taken from the home during the invasion. However, this made Meera a little frightful and shaken. The home doesn’t feel like a safer place. Then the intruders again break into the house, but this time they get caught insight of Henry and Henry kills the intruders with the gun that she knew they never had in their home. She is surrounded, but question and even has doubts about her husband. This mess became even more complicated when Meera came to know that Christine, a young woman was disappeared. As she goes on to investigate, she discovered unveils some truth and home invasions history that linked to Christine disappearance. Intruders are the Christine family. It doesn’t matter what thriller the user particularly likes but this one is pretty good to stream at least one time. It should be maker on the list, and the article will feature some inside news about the show, so SPOILER ALERT!!!

Also Read: Who Are In The Cast Of Intrusion? And Where To Stream The Netflix Film?

The initiation of ten films is by giving an overview and background of the two main characters Henry in Meera. The couple was living in Boston, where Meera learned the news that she had cancer. Henry, during the time, abides by his duties as a husband and stands beside Meera, being supportive.

After this, the couple shifts to their dream home that is situated in a small town. The house was designed by Henry, who is an architect. After not so long, someone intrudes into their home in the middle of the night.

When the intruders intrude again into the house after the first incident, Henry shoots the intruders with a gun. While this fight, Herby is using his hidden gun to kill the intruders who are well hidden. He eventually stabilizes himself while Meera is terrified. 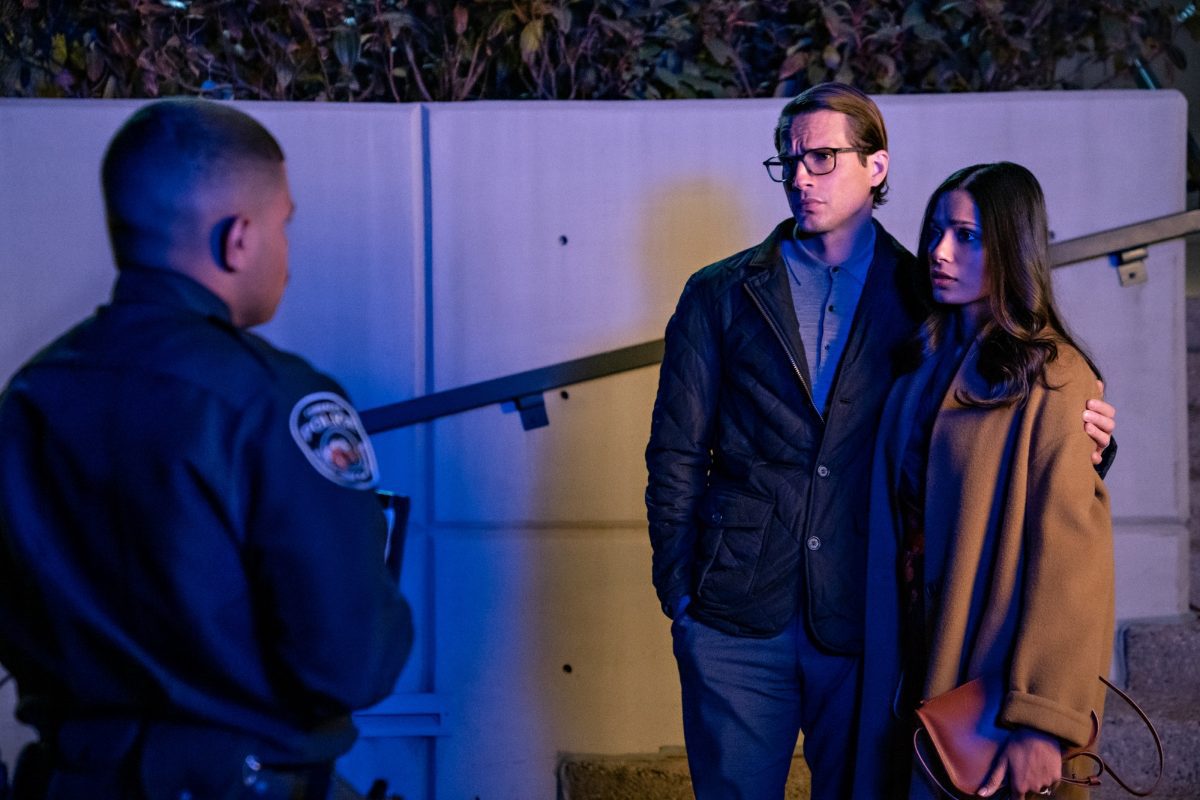 One evening Henry gives a housewarming and gets supplies. Henry leaves their wallet at home, so Meera rushes to go after Henry, but he doesn’t go to the store. Before Henry could be followed, Meera is met with a terrible accident.

Her car is damaged so she takes Harry with her to drive to her workplace and during the time she checks his GPS history because of her suspicion of him. One address matched the same location same trailer park from where Robert John Burke who is a detective confirmed the identification of the two invaders’ location.

Before she goes to the location, she leans the news that one of the invaders who survived the Henry gunshots has recently died on the night of Sunday, and Henry was nowhere to be found at that precise time. Meera then moves to the trailer park and discovers a later that states a connection between Henry and the case as the letter was from Henry’s firm.

She finds a parcel that was addressed to the police in Dylan’s mailbox. Inside of this mailbox was a video camera. She grabs the parcel and as she is about to leave she is confronted by an unknown man who states that he has seen the car before. This hinted that Henry had visited the place previously. 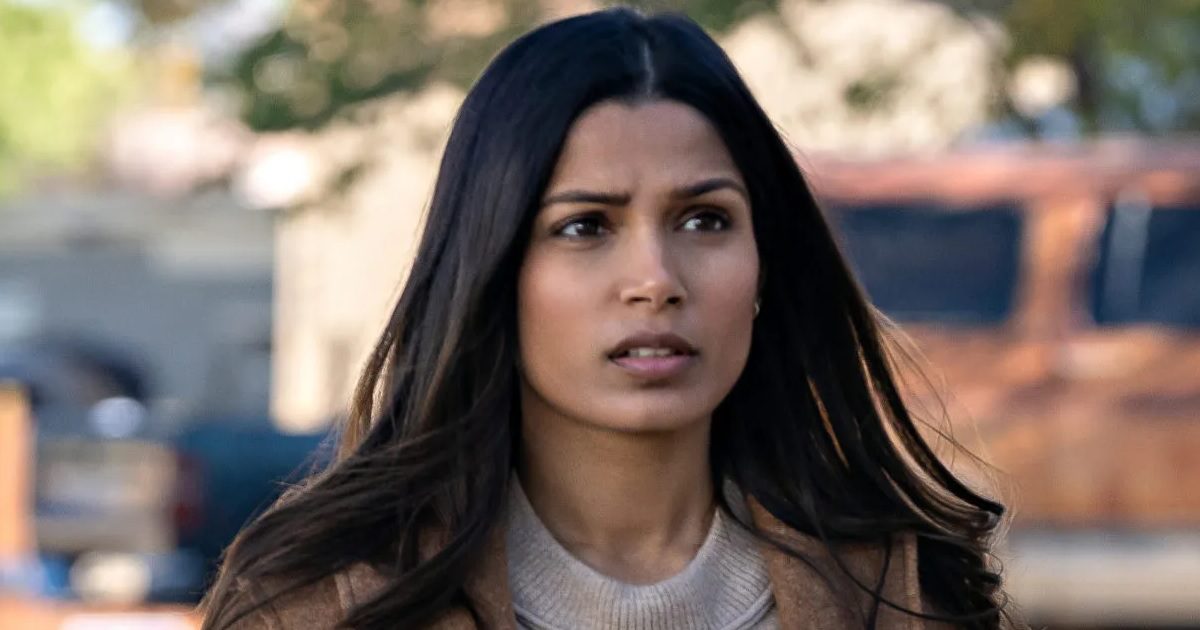 The stranger seems word and quite paranoid, and he smashes the video cameras before handing them to Meera. He also threatens Meera to never step foot in this place. When she returns home, she attempts to salvage the video, but it is damaged and destroyed. She then snoops into the office of Henry and eventually finds Christine, the daughter that is missing, and Dylan’s photos.

Meera then goes to Henry to confront him about the things she found. Henry then reveals to Meera that he had a problem paying the union workers for the building of this house, so he hired Cobb, and she confronts Henry, which reveals that he didn’t have enough money to pay union workers to build the house, so he hired Dylan Cobb off the book, only for Dylan to try and blackmail him later and when Henry stopped paying, Dylan broke into their home.

Also Read: Henry Cavill Could Return For Man Of Steel 2?

This answer and confrontation satisfied Meera, and the duo then planned the party for a housewarming. On the day of the party, she received the camera she ordered earlier so she could try to watch the video that she retrieved.

Although she believes Henry’s explanation, she giver this as a gift to her secretary, she refuses to take it. She eventually took the cameras home and started preparation for the party. At that time, she saw the news that saw a man getting arrested for animal cruelty, and it was the same man that warned Meera not to revisit the place of trailer park. He was also suspected of the disappearance of Christine Cobbs. 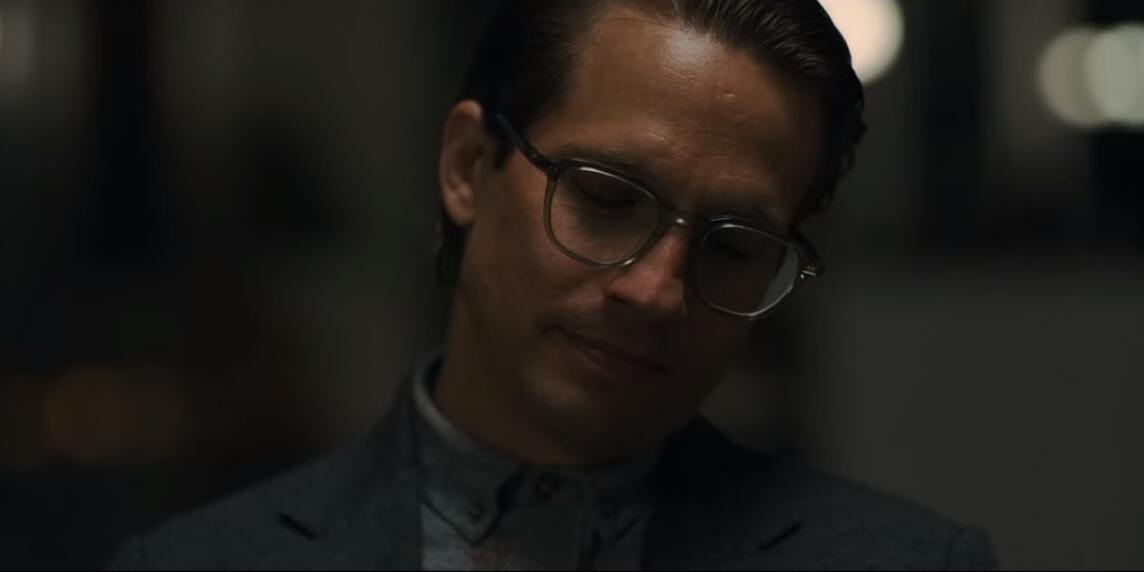 This reignited the curiosity in Meera’s mind, and she watched the video on the video camera she ordered it stated that Henry made some advances on Christine when Dylan was home, and he knew Henry was behind Christine’s sudden disappearance. Meera then goes to the office of Henry and opens the safe by the code Henry told him in a moment of vulnerability which led to a tunnel, and the discovery of Christine chained to a pipe.

Meera, after seeing this try to rescue Christine, but at that moment, Henry appears and goes berserk. He also ties Meera and then goes to the party to close the night and party off.

At that moment, Meera and Christine find a way to break free and escape, and Henry tries to stop them, which leads to Meera being knocked out. Henry takes Christine back to the basement dragging her by her hair. Meera hit Henry over the head by a big ben stature. As with dying breath, Henry asks Meera who will take care of her.

She replies by saying that she will and rescues Christine successfully. Then it fast-forwards to her house being sold and her driving off in the sunset to start a new life.