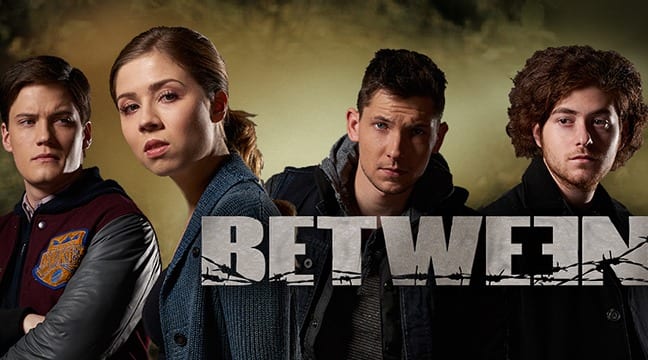 Between is a Canadian sci-fi drama TV series. The series made its debut on May 21, 2015. The TV series is created by Michael McGowan and jointly produced by Canada’s Citytv and Netflix. It stars iCarly’s Jennette McCurdy, Jesse Carere, Ryan Allen, Justin Kelly, Kyle Mac, and Jack Murray among others. Jennette plays a pregnant teenager. She lives with her father who is a minister, in the small and picturesque town of Pretty Lake. The town has been afflicted by a mysterious and grave plague that has left everybody over 22 years of age dead.

The origins of the series lie in Canada, with Citytv broadcasting it. It is also co-produced by Netflix, which has its distribution rights for regions outside of Canada. Although season 1 gained negative reviews, it was quickly renewed for a season 2. Season 2 premiered the next year on June 30, 2016. However, after season 2 ended, the series was never picked up for a third one. It has been 5 years since the last episode of season 2 aired, but no official word has come to sight. It has never been officially canceled, so is there still any future for the series?

Also Read: Best Movies to Watch on Netflix in March 2021

Between follows a small town by the name of Pretty Lake and its surrounding rural area. The location has been afflicted by a mysterious disease — a plague that has killed many. But here’s the twist, all of the people that have been wiped out are 22 and older. Consequently, the government has quarantined the entire area. The people inside the affected area can’t go outside and are basically left to fend for themselves. The show contends with the power vacuum that had been created inside the town. It also explores the escape attempts of the inhabitants and the bubbling teen angst prevalent inside the zone. Even though the show lacks severely in its writing and execution, it does pose some interesting questions. There are themes of teen angst, freedom, and death. The caveat being, the execution of said themes isn’t sufficient enough.

The series largely received negative reviews. It was critically panned for the poor acting and poor writing. Although the second season improved significantly over its predecessor, it didn’t do much for the series as a whole. The production seems very rushed and lazily executed. One of the reasons it wasn’t received positively is also because of its episodic airing. This was a first for Netflix. It was also one of the first projects that Netflix produced in collaboration with others. The show’s premise is one that has been done before. It bears similarities with other shows like The Society. And the thing is – they’ve done the premise way better than Between. The second season in the series was received slightly better than the first one. It also ended on a big cliffhanger and left many questions unanswered. That’s all the more reason for the fans’ desire for a third installment.

Is there going to be a Between season 3?

Unfortunately for the fans that are still hanging on for a third season, the chances are minimal to nil. Almost 5 years have passed since the second season dropped. But there has been no confirmation or word regarding a new season. The show hasn’t been canceled either, but that shouldn’t raise your hopes for a third installment. Netflix is generally clear about what show it is canceling and when. But after 5 years of absolute silence, it is highly unlikely for it to bring the show back from its slumber.

The show didn’t exactly make splashes among the audiences and gained bad ratings and reception. Considering these facts, it is more likely to be the case for having the plug pulled on it. These years after the show can’t exactly be considered a hiatus, since nothing of the sort was announced by Netflix. It is very possible that the show was just forgotten about. And it makes sense since it really didn’t do much for the streaming platform’s reputation. It’s a shame for the fans of the series, but Between season 3 is most certainly not seeing the day of light.

You can stream Between season 1 and 2 on Netflix.