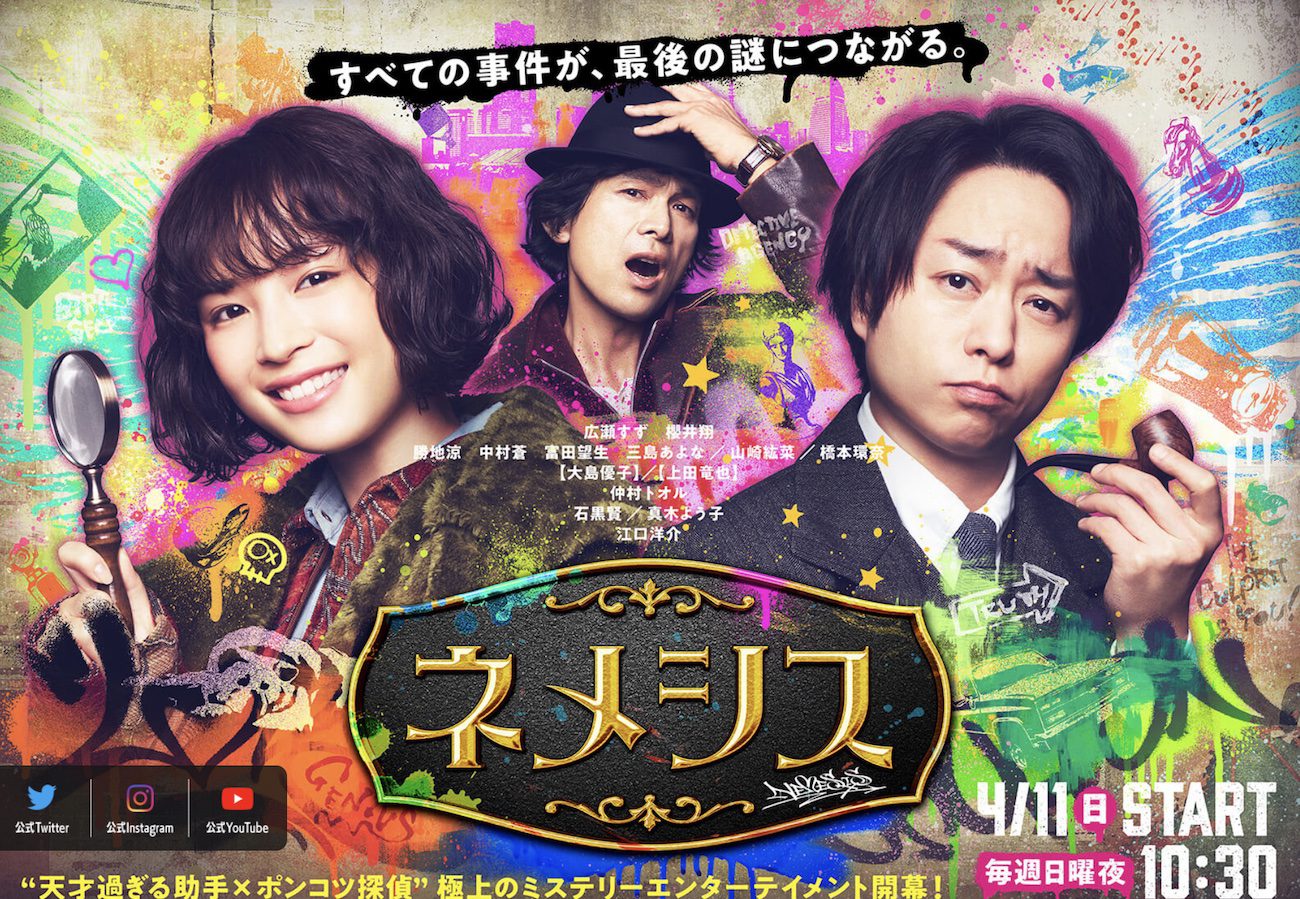 Nemesis Episode Schedule is a much helpful schedule, isn’t it? With the beginning of a new drama or drama with our favorite stars in it, we look forward to them more and more. For simplifying the episodes and details on each episode airing date, we search for an episode schedule. Before jumping on the episode schedule, let’s take a dip into the drama first. So, what is Nemesis, and what is the drama all about. Nemesis is a short Japanese drama consisting of a total of just 10 episodes. The ongoing drama has just begun and airs one day a week.

The drama starring Sakurai Sho, Hirose Suzu, and Eguchi Yosuke in lead roles is slowly gaining popularity. The drama is a light mystery comedy with a touch of thrill and investigation to make it more interesting. Nemesis revolves around the three main characters Kazama Naoki, Mikami Anna, and Kurita Kazuaki. Until now, just two episodes of the drama have been released. The recently aired drama was slowly attaining its peak and aired first on 11th April 2021. It airs every Sunday on its original network. With the duration of each episode being approximately 55 mins. Kazama Naoki is the main character of the drama, which plays a detective. How things revolve around him and how he solves the problems with his fellow mates and assistant is the overall story of the drama. 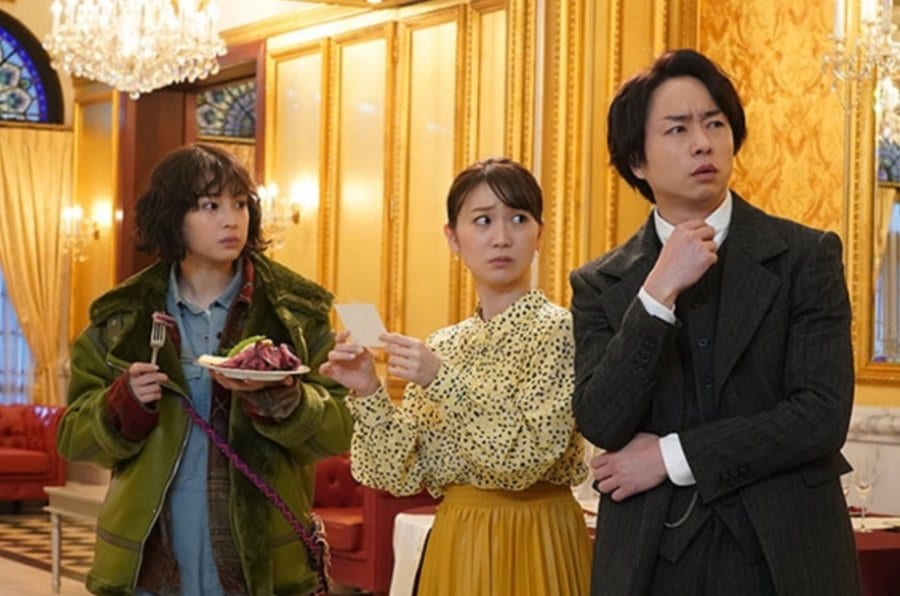 A Still from the drama Nemesis

The overall drama revolves around three main characters Kazama Naoki, Mikami Anna, and Kurita Kazuaki. Kazama Naoki plays the role of a brilliant detective who tends to solve all the cases he is assigned. With the weird combination of his assistant throughout. His assistant Mikami Anna is a true professional detective and assists him in solving the cases fastly and more swiftly. One day after the sudden disappearance of Mikami Anna’s father, she joins hands with the detective in order to search for her father. Her father, who was a scientist, went missing all of a sudden without any traces behind. The two gear up their spirits and start searching for any new clue they can find. Anna’s father, Hajime, who was a scientist, had a good friend named Kurita Kazuaki. 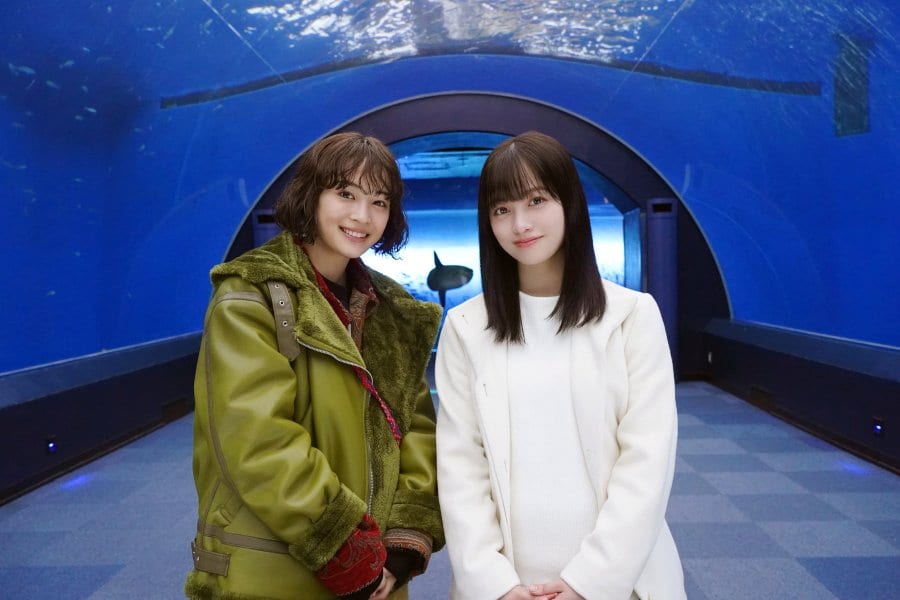 Kurita Kazuaki helps Kazama Naoki and Mikami Anna with everything possible to help them solve the case. Nemesis is a private investigation firm in Yokohama, and all three characters work for it. With Kurita Kazuaki being the owner of the organization and also a good friend to Anna’s father Hajime. Kazama Naoki and Mikami Anna start-up their investigation. They soon get strings related to the disappearance of her father and start working on it. To a sudden shock, they realize that the case is interlinked to a 20-year-old case and they first have to dig deep into the past case in order to solve the present case. How they solve the case, will they find anna’s father, how will they solve it, and what are their next plans will all be revealed in the drama. 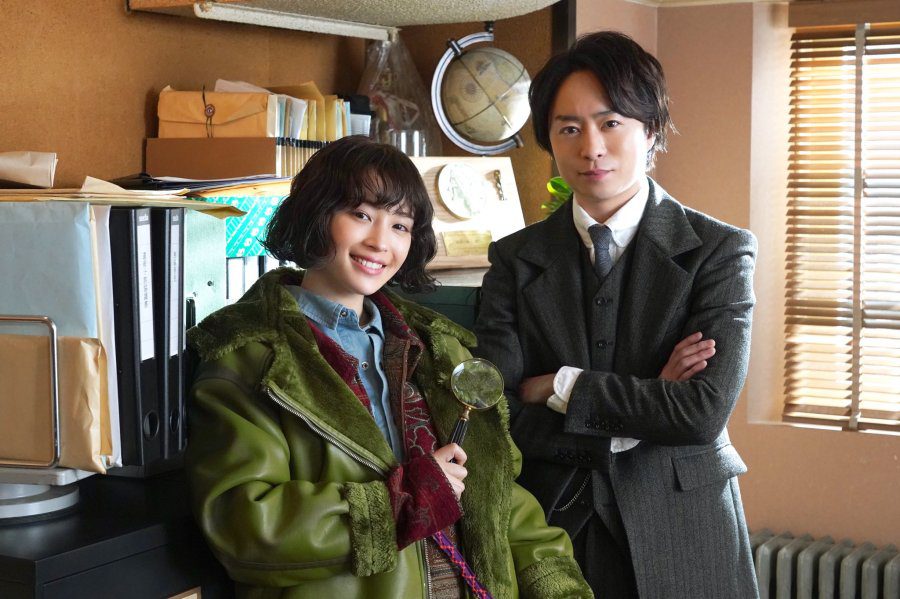 The main leads of the drama Nemesis

The drama started airing on 11th April 2021. With a total of just 10 episodes, the drama is light and airs every Sunday on the original network NTV. It airs every Sunday at the 22:30 time slot. With the duration of each episode is approximately 55 mins, the drama will go off the air on 13th June 2021. Until now, just two episodes of the drama have been aired so far. For better clarity episode number along with the episode, the date is mentioned below-

Where to Watch Nemesis 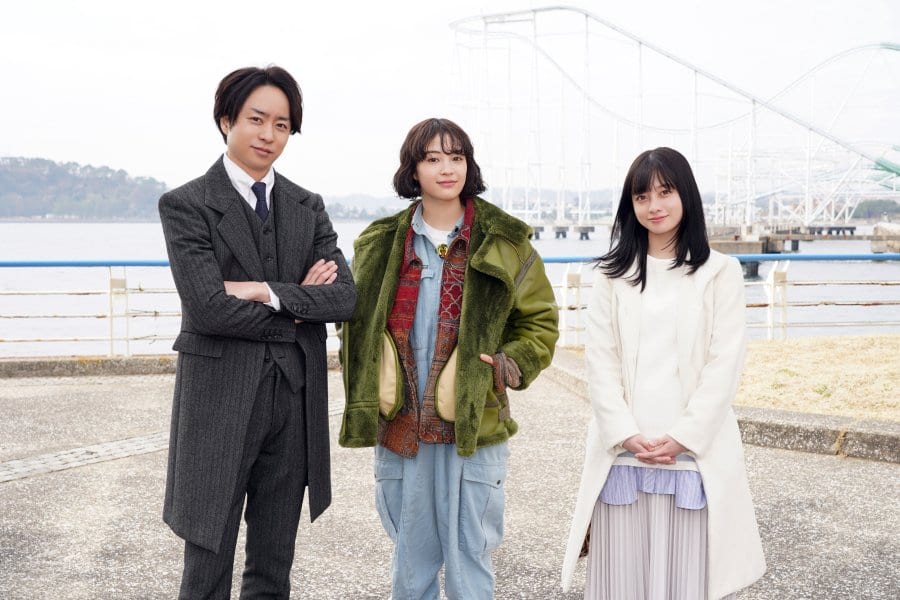 The cast of Japanese drama Nemesis

The ongoing Japanese drama airs every Sunday on the original network NTV. The drama is also streaming on the online streaming site Hulu. So tune into your preferred network and watch the drama easily with the direction under Katagiri Kenji. And screenwriting under Kataoka Sho, the drama is also popularly known as Nemeshisu. The genres of the drama being mystery, comedy, and investigation. Any new updates related to the show will be given here.

Also Read: When is Never Have I Ever Season 2 Coming To Netflix?