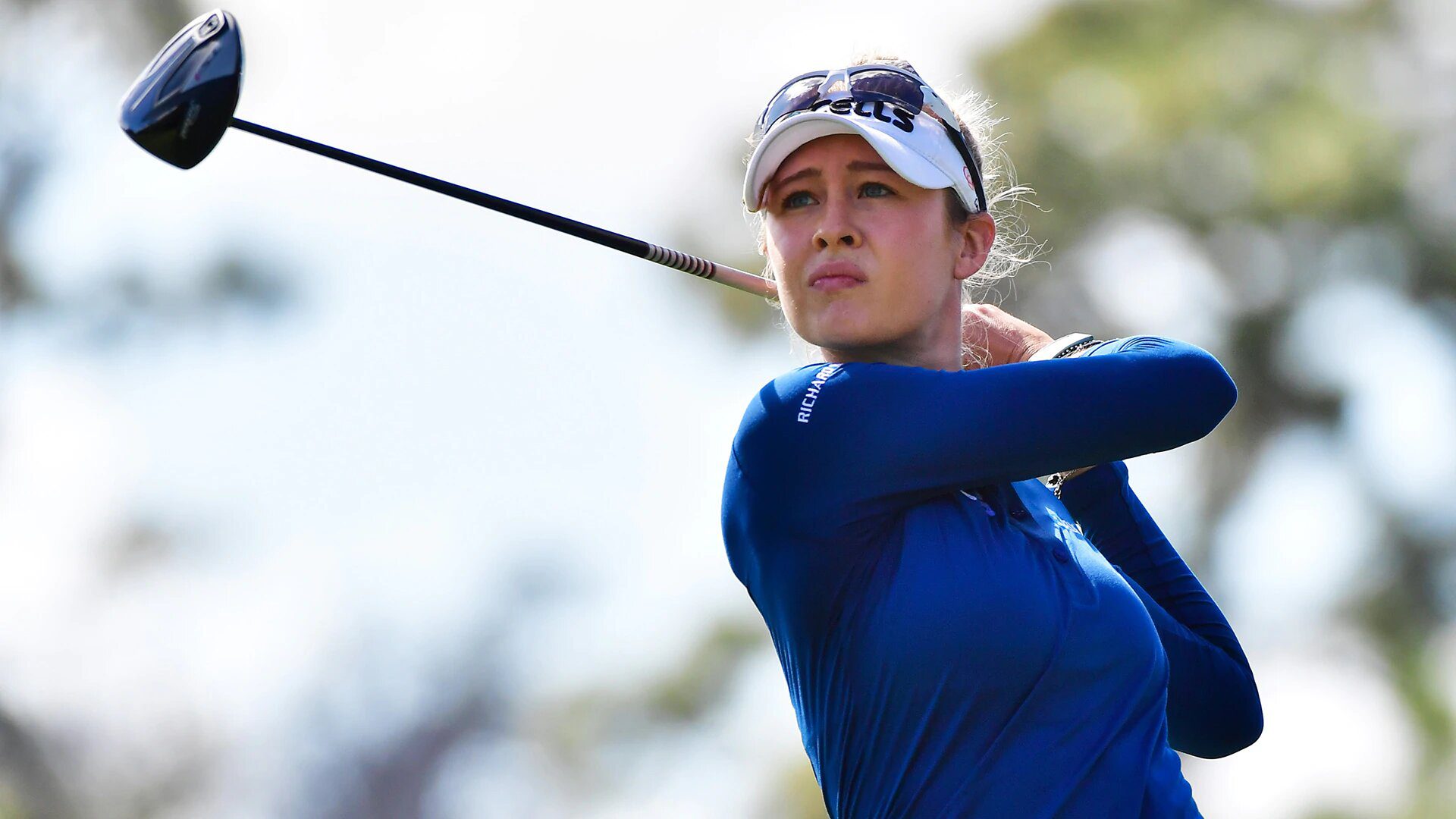 The Olympic games of this year happened a year late, despite the ever-present threat of coronavirus. Many athletes, staff, journalists, etc were present for the event. Everyone but the audience was there to watch the 23rd Olympiad as the city of Tokyo itself was in a state of emergency. If you have followed this year’s Olympics closely, you might remember Nelly Korda, the 23-year-old from the United States of America who bagged a gold medal for Golf. She was one of 11,500 athletes to have participated in the games. In this article, we will let you know the net worth of the golden olympian, Nelly Korda. 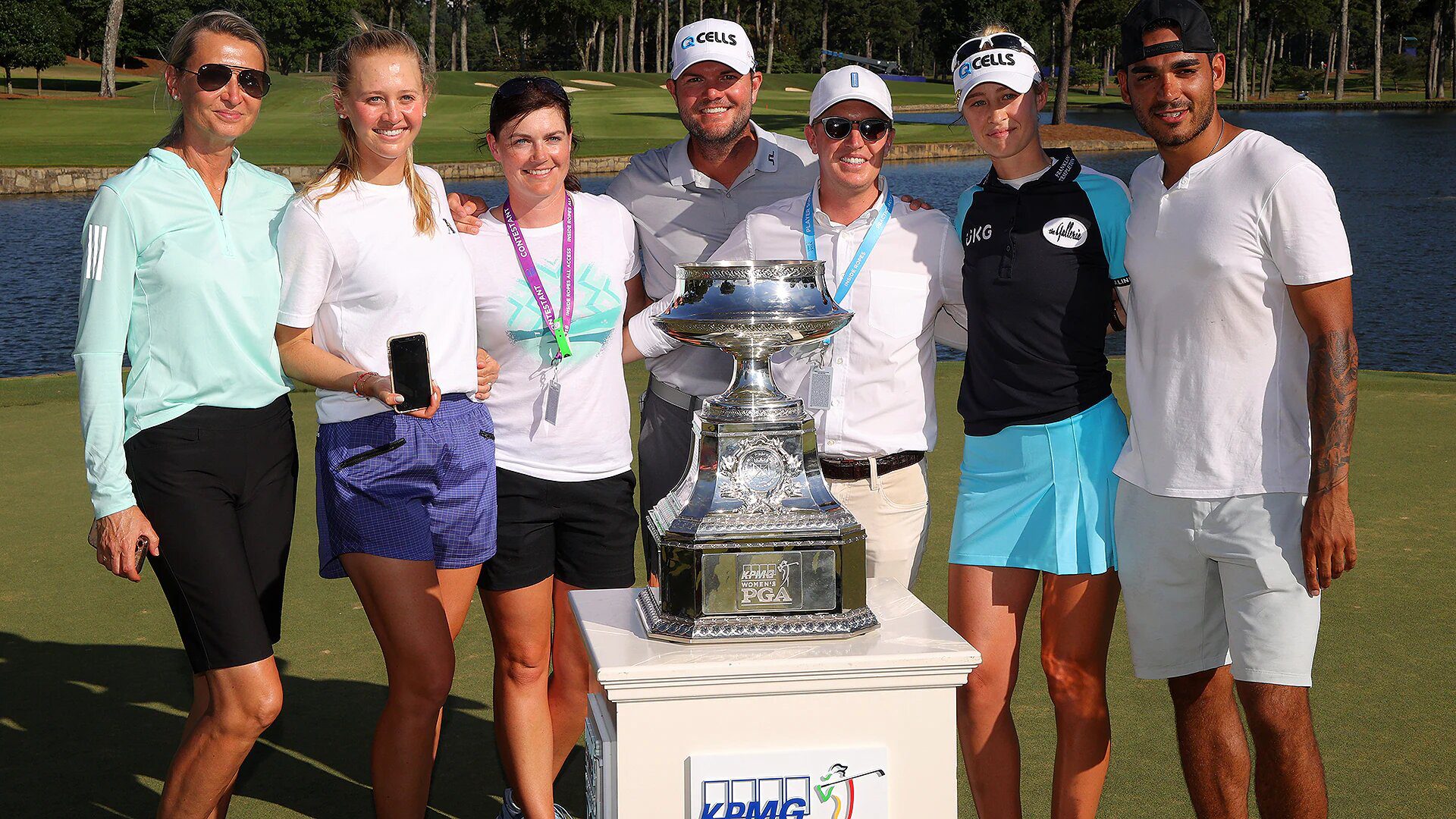 The Entire Korda Family with Andreas on the extreme right (Source: Getty Images)

As an amateur, Nelly was a part of the US Junior Solheim Cup in 2015. The same year she won the PING international, AJGA Rolex Junior All American, etc. In fact, she had got into the US Women’s in 2013 – even before she was 15. Her pro career began with Symetra Tour in 2016. At the Sioux Falls GreatLIFE Challenge, Nelly bagged her first victory. She got her LPGA Tour card by the end of the season. Then in 2018, in Taiwan, she won her first LPGA Tour title at the Swinging Skirts LPGA Taiwan Championship. She and her sister, Jessica, became the 3rd duo of sisters to have won the tour. 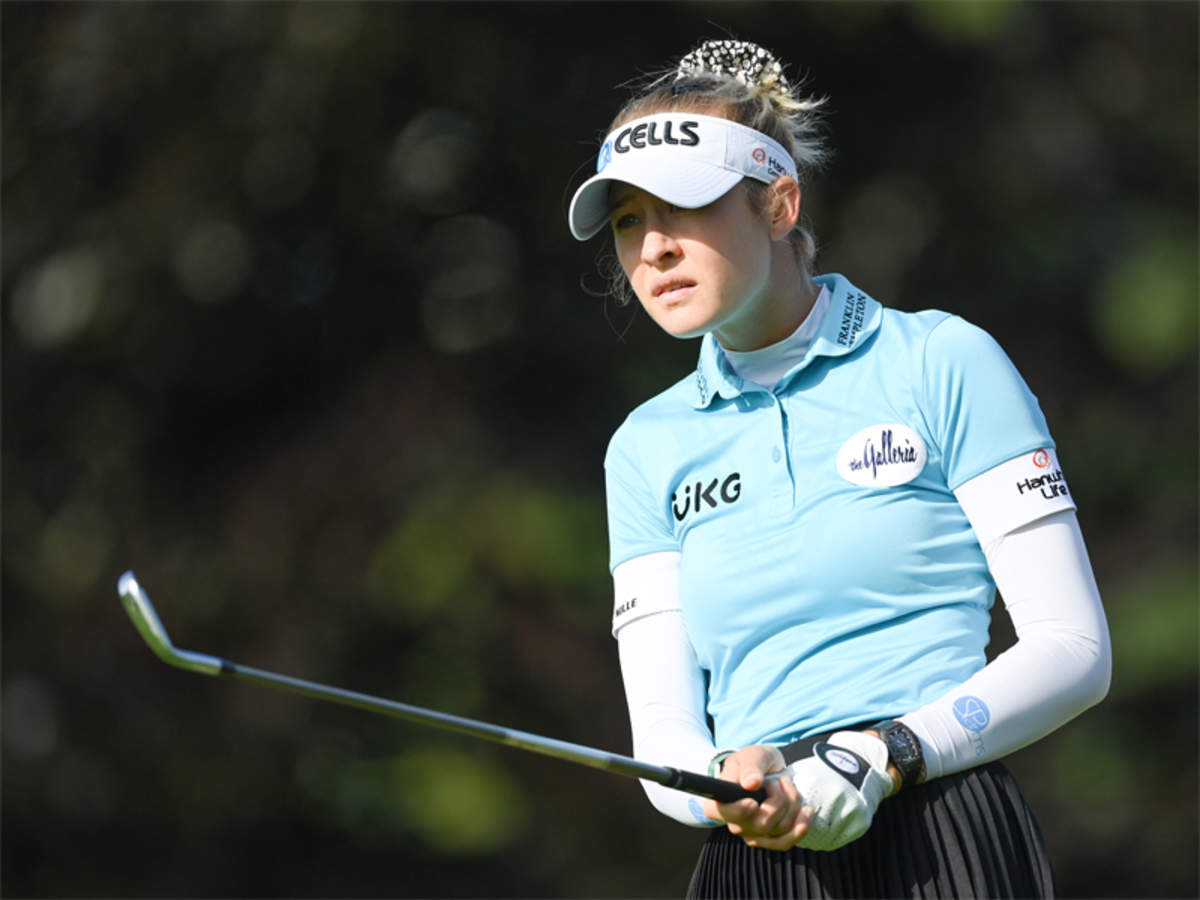 In 2019, Nelly went on to win ISPS Handa Women’s Australian Open. Her father and siblings all had won an Australian Open and her win added to her family’s slam list in Australia. After her Australian Open victory, Nelly Korda was now among the top 10 in golf for the first time. She later surpassed Lexi Thompson and became the highest-ranked American in the world.  She won Taiwan’s Swinging Skirts LPGA again. Very recently, just before the Olympics, Nelly won the Gainbridge LPGA at Boca Rio, Orlando, Florida. And just about a month before the Olympics, she won the LPGA Classic at Meijer, KPMG Women’s PGA Championship. So before the Olympics even, Korda was already the number 1 golf player in the entire world. 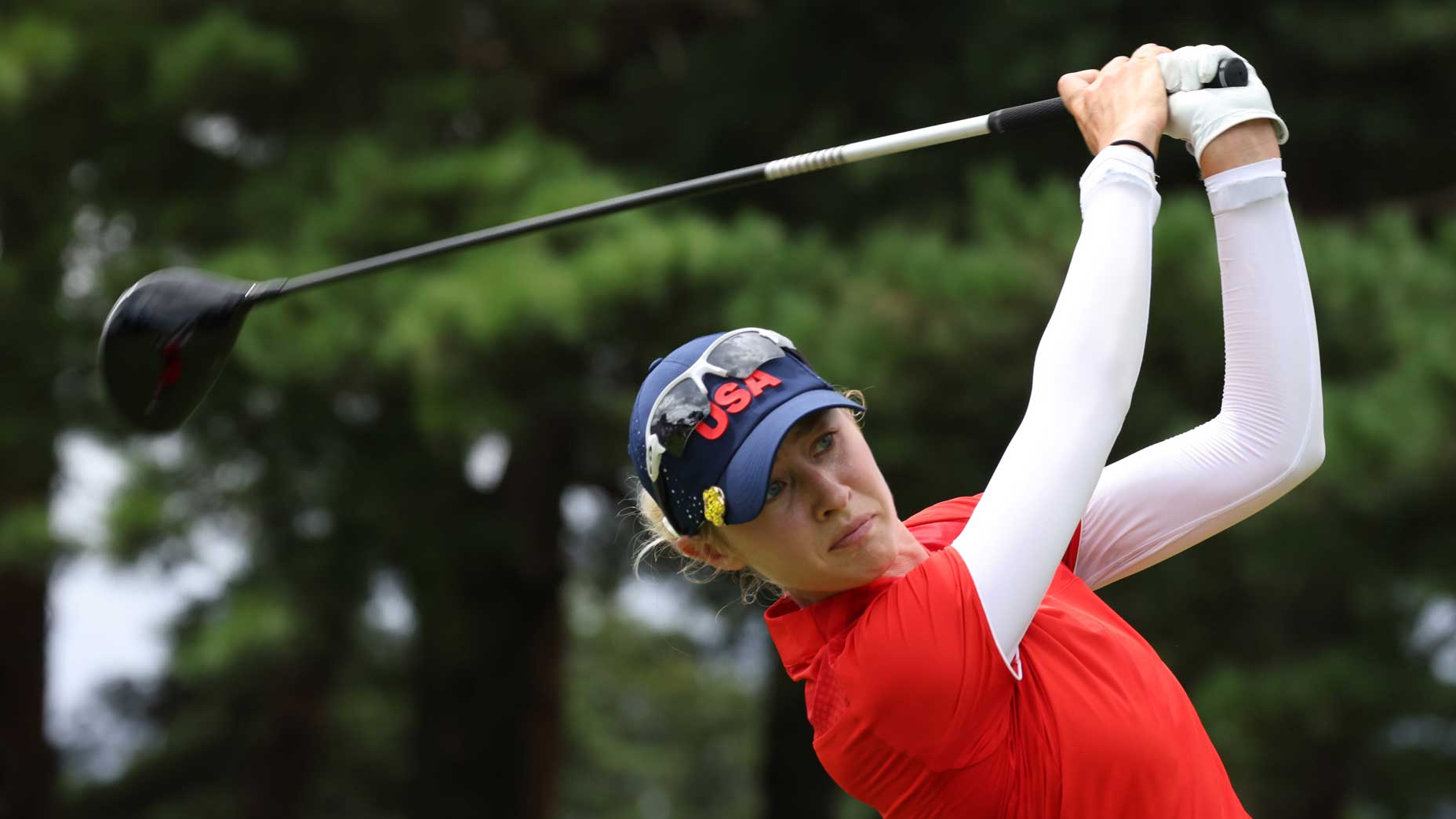 5th August 2021, Korda was playing in the 2nd round of the Women’s Golf, at Japan’s Summer Olympics. She stood at the eighteenth tee at 11 for her round. She was ranked first for the second and third round both. And on August 7, the day of the 4th round, she defended her place and won the gold medal. This made Nelly Korda the second woman from the United States of America to win the gold. The first winner was Margaret Abbott, who had won the gold about 1020 years ago in the 1900 Olympic Games. So this makes Nelly the first woman from the US to have won gold in the 21st century! 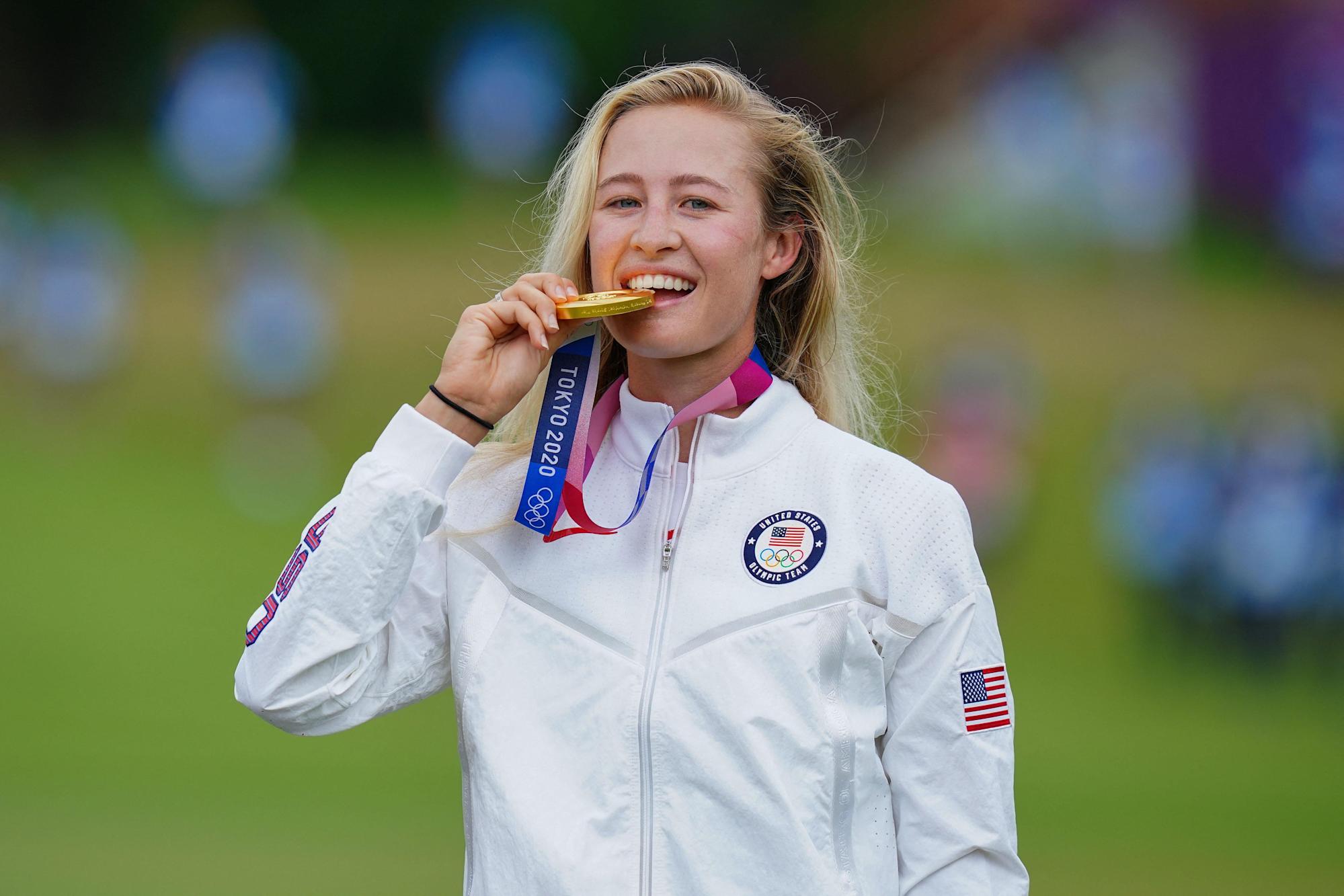 Facts You May Not Know About the Olympian

Nelly Korda has a boyfriend. The same as her entire family, her boyfriend is also from an athletic background. Nelly Korda is dating Andreas Athanasiou, a Canadian NFL player. Andreas is playing for Los Angeles Kings. His relationship with Nelly is full of cute PDA pictures on social media. Nelly’s parents represented Czechoslovakia in the Seoul Olympics of 1988. Nelly began playing golf at the tender age of 6! She also plays tennis as a hobby. Nelly also has a pet dog, a huge thirty-pound poodle. Even though the sisters are competitors, their relationship is very sweet and supportive.