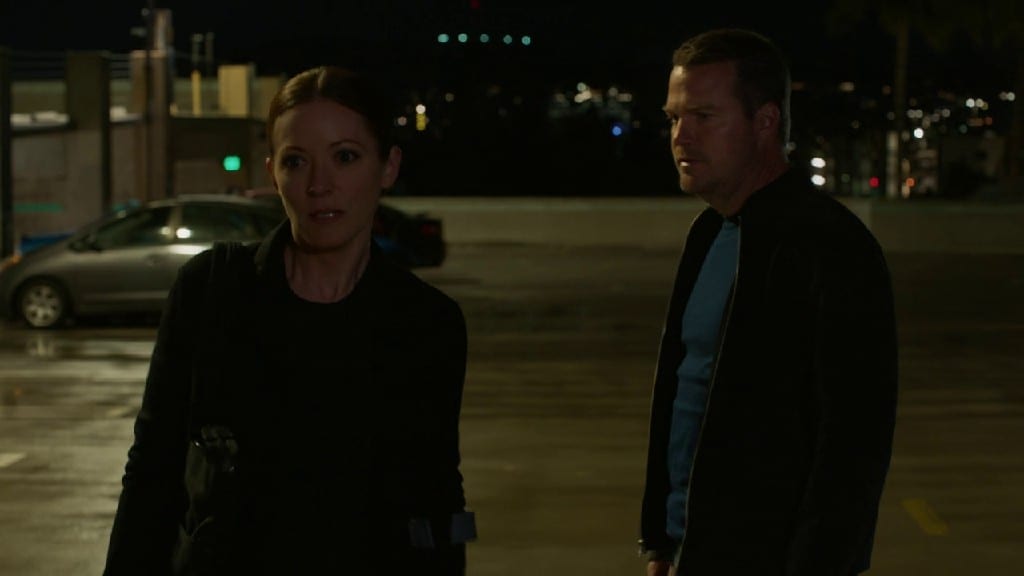 NCIS: Los Angeles is about to finish its twelfth installment in the row. The show is running since 2009 for more than 10 years now. It seems like it is not looking for a stop anytime. Despite mixed reviews, the show became a solid hit for the CBS Network. So combining the elements of military drama with the police-procedural plot, CBS renewed the show for a thirteenth season. So expect the show to return next year for another run continuing the storyline. The finale will be the much-needed buildup as it sees some characters taking new positions and some returning as well.

Recently on NCIS: LA, we saw Joelle taking over the investigation of the murder of the task force. It seemed like the murderer was killing them one by one, This led the team to dive deep into what they were investigating to find out about the murder of Yuri Kirilenko’s son. Despite the efforts, the end saw the murders to be fake and a way to escape the trap of Yuri. Anyway, let’s take a look at everything that happened here, and then we will move on to see what we can expect from the upcoming NCIS: Los Angeles Season 12 Episode 18.

Previously on NCIS: Los Angeles, we opened up to the murder of Lt. Commander Susan Sorenson of the Office of Naval Intelligence. Apart from the case, the team also heard of David Kessler’s return. Furthermore, he is pardoned. The team keeps the case aside and works on the Sorenson murder for now. The case had captured the attention. So Joelle was assigned to the case. She believes the torture Sorenson went through could have led to the leak of important information. 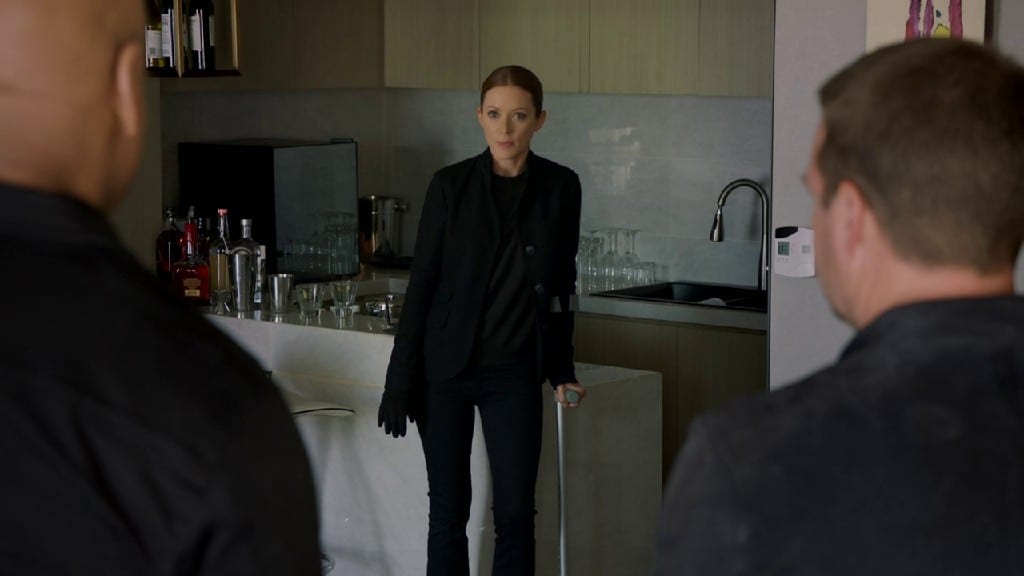 The killer professionally deleted every evidence of him entering to meet Susan. But a bartender confessed to watching the person’s face and got back to a sketch artist. Meanwhile, Joelle broke down a similar case with the murder of CIA Officer John Bradbury. Talking to Sorenson’s boss revealed that she was seeing someone, and she was out of town the same time Bradbury was. Diving deep into the investigation came to the conclusion that Bradbury and Sorenson were actually working together. Along with them were CIA Officers Paul Winters and Steven Erdnase.

The team split but couldn’t reach Winters in time as he died with the detonation of a bomb. Joelle believed the murderer is also trying to take out NCIS so it’s better to not report the case updates. Erdnase on the other hand is still missing, so the team looked into what the task force was investigating on. This led them to realize the task force took down the son of Yuri Kirilenko. So he is hunting them down. 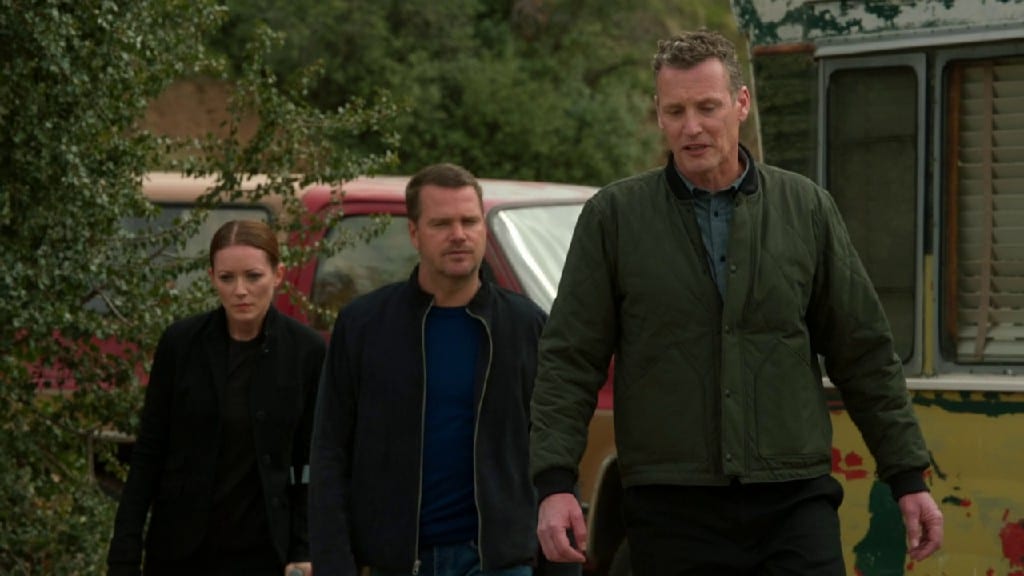 With only Erdnase to save, Callen and Joelle made it in time. Erdnase confessed Kirilenko’s son is alive. They faked death to escape Yuri Kirilenko. The end of the episode saw Officer Behr and all the dead officers from Sorenson to Winters come alive as they faked their death. NCIS investigating the case was just a cover-up, to be honest. The episode ended with Callen finding out Joelle knew everything from the beginning. Plus, Kensi suggesting Deeks for adoption as they tried for baby several times.

NCIS: Los Angels Season 12 Episode 18 is releasing on 23 May 2021 and will air on CBS on 9/8c. The eighteenth episode will be the finale and mark the end of the show’s twelfth season run. You can stream the episode on CBS’ Official Website as well as Paramount+. The episode can also be bought or rented on video-on-demand services such as Amazon Prime Video, VUDU, Microsoft Store, YouTube TV, and iTunes. Check out the 30-second promo for the season finale of NCIS: Los Angeles below.

NCIS: Los Angels Season 12 Episode 18 is titled “A Tale of Two Igors”. The official synopsis of the episode states someone is coming after Deeks. They are none other than the associates of Kirkin who require his assistance. Sam, Callen, and the team are busy investigating the shooting of a militarized dolphin. Furthermore, Hetty is coming back to the show Beale gives Nell the position of Hetty. Despite being loyal to Hetty and reluctant to take the position. It seems like Beale believes it would be a great fit for her. Will this lead to a conflict or what? All in the finale of NCIS: Los Angeles.

Also Read: What To Expect From The Mosquito Coast Episode 5?