NCIS Hawai’i Season 1 Episode 8 will see the team lost between the war of eco-activists and a billionaire for a piece of land. That too amidst an investigation of a murder of a protester. Before we moved to the same, the team was busy solving the case of the death of a Navy Officer. This Officer was in a relationship with a recently turned island hero Tracy Moore. The team did have a hint that she knew a lot about the culprit behind this, but she wasn’t just yet ready to talk about it.

So, it took someone from her own background to talk to her, and therefore the team had a name. Someone who always tried to win Tracy’s heart. But at the same time was an expert manipulator and has manipulated many for years. For this, he has gone behind the bars and was on parole. The last place he is in is Hawai’i which can’t be a coincidence. So is this the murderer the team was looking for? Was that too easy? How dark is his history with Tracy Moore?  Let’s find out.

Previously on NCIS Hawai’i Season 1, we opened up with Rescue Swimmer Tracy Moore becoming a hero. But she is not a fan of popularity. Still, her boyfriend, Navy Petty Officer Dave Andrews, makes her day. Until right the next day, he is found dead. Coast Guard Investigative Service Neil Pike joined NCIS on this case. Phone calls and dozens of texts on his phone led the team to Tracy Moore. The first woman of color to become a rescue swimmer for the Coast Guard was a big thing and was promoted heavily. Tracy, on the other hand, was keeping herself away from this.

NCIS later went to meet Tracy, and she was certainly shaken by the news. Also, someone did infiltrate her house. After all of this, the team felt she was acting cagey. Kai was the perfect person to question her. Kai talking to her resulted in Tracy telling about a man named Eddie Foreman. She was pretty sure that he is the one behind this all. They had quite a past, and she retold how bad he was. The only thing she was in a relationship with was his alibi.

So digging into Eddie Foreman told the team that he is on parole for the last crime, which went bad. Also, he is in Hawai’i, which couldn’t be a coincidence. The team did bring Foreman in, who looks pretty relaxed about this situation. Even the team doesn’t have anything good on him that would suggest he killed Dave. So they had to let him go for now. This saw Tracy was worrying that he would get away with the murder all over again. 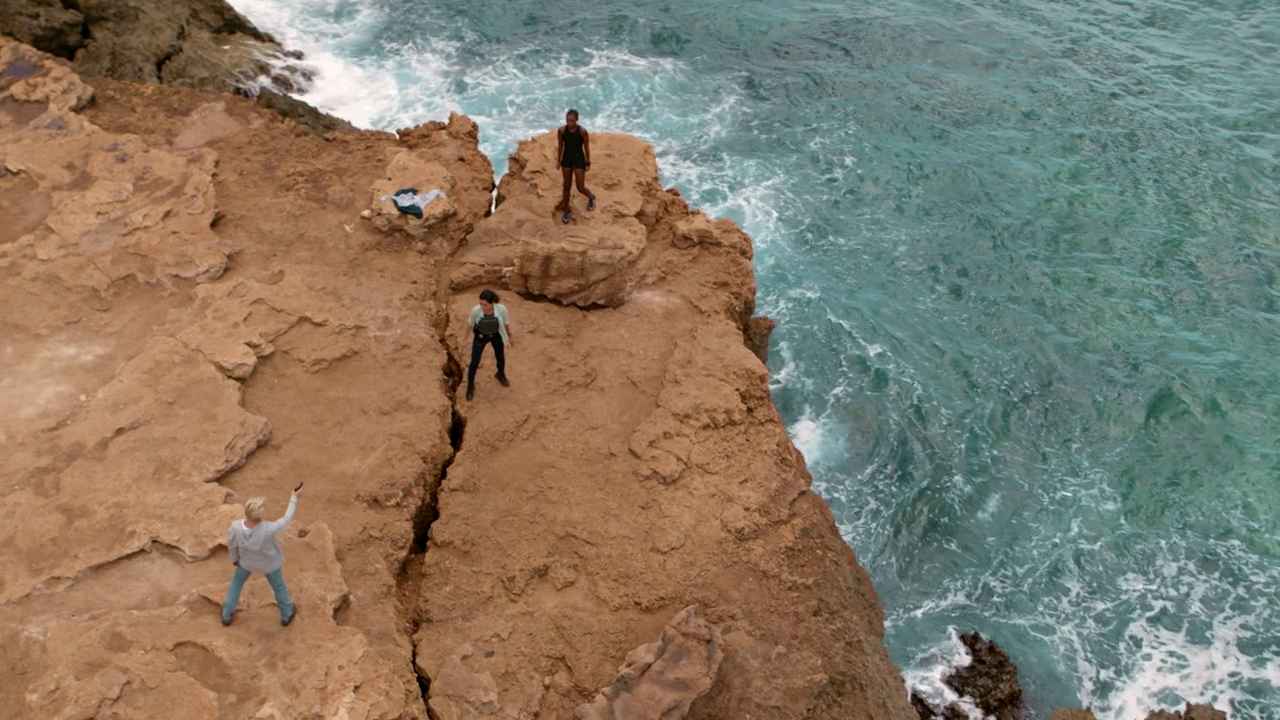 Ernie figured out that one of Foreman’s robbery crew guys was still around. They were in the same cell block, and he is also on Parole. He later tried to attack Tracy, but Agent Tenant got to him first. The team was keeping an eye on Eddie, but once he slipped away. Well, he tracked down Tracy, but she was with Agent Tara. So, Tara gave quite a fight to Eddie until the team arrived to arrest Eddie. Apart from all of this, Tara and Whistler’s newly found relationship stumbled a little, and Kai took Jesse to his father’s restaurant.

NCIS Hawai’i Season 1 Episode 8 is releasing on 29 November 2021. Yes, the show is taking a break and returning right at the end of the month. Episode 8 of NCIS Hawai’i is titled “Legacy”. According to the official synopsis of the episode, the team of NCIS Hawai’i will be looking into the murder of an anti-capitalist protester. The investigation results in them finding themselves amidst a war between eco-activists and a tech billionaire over a piece of land. Apart from all of this, Jane finally manages to take some time out for herself by going out on a date with Capt. Joe. All in NCIS Hawai’i Season 1 Episode 8.

Would You Like a Cup of Coffee? Episode 7: Release Date, Where To Watch & Spoilers

Banished from the-Hero's-Party, I Decided to Live a Quiet Life in the Countryside Episode 10 reveals the stolen airship of...

Who is Dylan Arnold Girlfriend, Are The ‘You’ Stars Dating in Real?

How mesmerizing is it to see your favorite on-screen couple come together in real life? The coming together of on-screen...

Will Hiruzen Die In Naruto? All About The Third Hokage Hiruzen Sarutobi