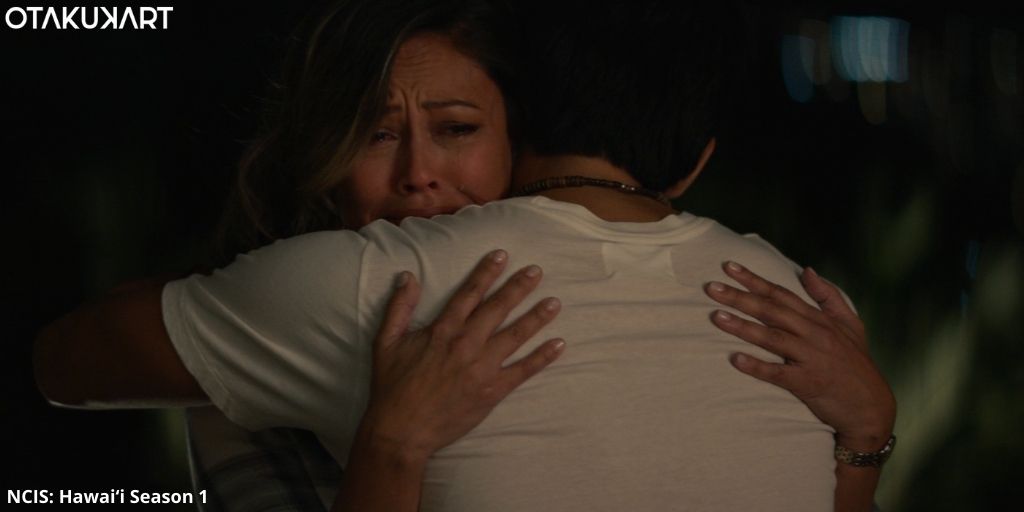 The fans and viewers are very much looking forward to the release of NCIS Hawaii Season 1 Episode 14. Meanwhile, the previous episode continued with the two-part special episode release as we saw the team trying to find the mole in the U.S. intelligence service. However, at the end of episode 12, Jane had come across a possibility of her best friend Maggie being that mole. She decided to pursue this possibility and took in the team to figure out if the information about Maggie working with the MSS was correct.

On the other hand, we saw Scola joining the team as well after willingly missing his flight when he learned that the most wanted MSS spy in the world, Bao, was still in Hawaii. Whereas, we saw flashbacks of Jane and Maggie’s time together as partners on secret missions when they worked together for the CIA. However, her time with Maggie help her figure out a crucial element connected to the case. But the question is, was Maggie really working for the MSS, and if so, then what was her motive?

The latest American crime drama series based in the hit “NCIS” franchise has made quite a name for itself. Matt Bosack, Christopher Silber, and Jan Nash jointly created the show and it premiered on 20th September 2021. However, the viewers are now eager to watch NCIS Hawaii Season 1 Episode 14. But first, let us take a look at everything that went down in the previous episode.

Episode 13 of NCIS Hawaii Season 1 dropped on 24th January 2022, titled “Spies, Part 2”. The episode continued with Jane and Ernie having high suspicions about Maggie compromising the U.S. intelligence by working for MSS. Furthermore, she called in Kai, Jesse, and Lucy and updated them about the situation. While she also brought in Kate for external help from her sources at the FBI. Although, Jane was hoping all of this to turn out incorrect and Maggie not being a mole. On the other hand, Scola came back after he learned that Bao was still in Hawaii and possibly was after something crucial. But they didn’t have a way to find him so Jane came up with the idea to bring in Maggie for help on the case. Additionally, this will trigger Maggie to alert Bao, eventually luring him in for NCIS.

Fortunately, it worked out and Maggie decided to meet Bao at a market and handed him a bag containing a cake that had “RUN” written on it. However, NCIS was following Maggie and Scola almost caught and injured Bao while Jane was about to take a clean shot at Bao. But Maggie pushed her and Bao escaped. In the interrogation room, Maggie refused to answer any questions. Although, Jane remembered her time with Maggie during a secret mission when she told her about the time she fell in love with a man in China and how the MSS caught her and killed her family. Jane figured out that Maggie was protecting her child, who was none other than Bao. On the other side, Scola discovered that Bao was still in Hawaii when he could have easily runoff.

This indicated that he was looking for something to back with him, probably from a safe house. Eventually, they tracked him and were ready to take him down right outside his safehouse. But Maggie told Jane to stop as she confessed that she was the one known by the name Bao. Furthermore, she said that she told his son everything and shared secret information with him in order to get to spend time with him. Eventually, the Chinese spy escaped while Maggie was sent to a secret prison. However, we saw that Ernie had installed a virus on the digital information that the Chinese spy took away with him which would hurt the MSS. While the team gave the whereabouts of the spy to Scola who was now following him to probably get his revenge.

“NCIS Hawaii Season 1 Episode 14 does not have a confirmed release date as of now.” Furthermore, there is no confirmation whether there will be an Episode 14 of the season. But considering the success of the show so far, we can expect more episodes or maybe a new season from the network. However, we will have to wait until the Winter Olympics since most of the shows are on a halt till then.

“NCIS Hawaii Season 1 airs at 10 pm ET every Monday on CBS in the United States.” Meanwhile, the episodes are available to stream on Paramount+. Additionally, the viewers have the option to watch the show on Amazon Prime Video. Except that, the show is also available to watch on Youtube TV.