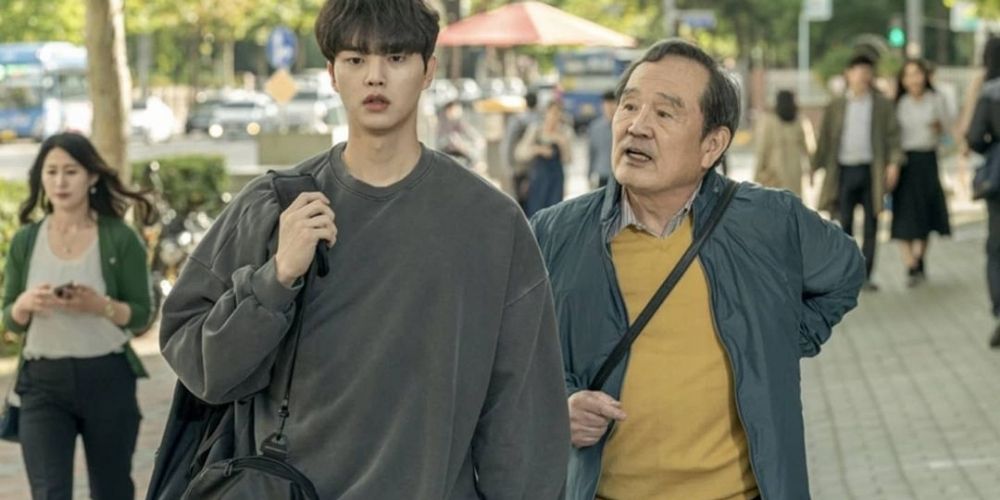 Navirella Korean drama is the ongoing 2021 Korean drama. The story Navillera Korean drama revolves around Shim Deok Chool. He has a dream of performing ballet since an early age in his life. Moreover, he wasn’t able to persuade his dreams and starts working in the post office. He then retires from the office at the age of 70. After getting retire, he thinks to choose ballet to learn and perform even at the age of 70. His wife and children are totally against the idea of him performing at such an age. He was going against them to join the ballet class. Then the story revolves around another person name Lee Chae Rok. He is a 23-year-old man who lives his life on his own. His mother died at a young age.

After his mother died, he chooses a path to secure his life he tries different carrier in different sports such as swimming, baseball, and soccer, but he never succeeds in any of the sports. He decides to go for ballet dancing that once was his mother’s profession. Moreover, after choosing this as a profession, he barely has any contact left with his father. Moreover, he goes through a rough patch of his life with zero financial support. He has to earn on his own and live his life. Life turns out hard to him. The moment he thinks to quit ballet dancing, Shim Deok Chool appears before him. It is to be seen how he motivates him to continue dancing. Overall this is a happy and serious drama where two males will be supporting each other and how they grow together.

The drama Navillera Korean Drama is an ongoing Korean drama with some gre4at story and cast. The drama is starring Park In Hwan as Shim Deok Chul Song Kang as Lee Chae Rok, Na Moon Hee as Choi Hae Nam, Hong Seung Hee as Shim Eun Ho. They all played a major role in building the plot as they are the lead character of the series.

Lee So Yeong as Yoo An Na [Pianist], Kim Kwon as Yang Ho Beom [Chae Rok’s rival], Lee Hwa Ryong as Oh Joong Shik [Orthopedist], Yim Sa Rang as Kwon Bom, Lee Cho Ah as Manager Park Sun Ah, Heo Hyung Kyu as [Assistant manager]. They all are the main supportive actor of the series. They all provided a base to the drama. Moreover, there are other guest roles too, which is quite a long list. 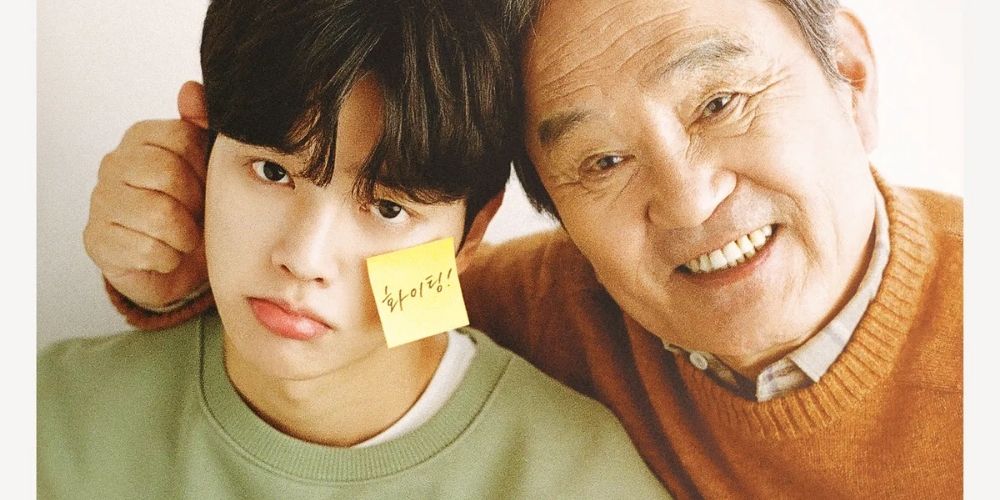 The drama Navillera Korean Drama is an ongoing Korean drama. It is directed by Han Dong Hwa. The drama screenwriting is handling by Lee Eun Mi. The drama revolves around a boy who has tried everything in his for choosing a career. He doesn’t succeed in any of the sports and chooses ballet dancing and carries forward with it. The other character is an old man who has a desire to learn ballet dancing and perform from the initial days. This story makes two of them meet, and then the story of struggle beginning with two ballerinas who are male. The drama is taken up or adapted from a webtoon name Navillera.

Currently, according to how the drama is going, we would give it a 7.5, but it can change as the plot get unfold. The rating is based upon two episodes till now. The drama is quite engaging and surely will be the same till the end. There is a total number of 12 episodes in the drama. Each episode is around 65 minutes which is 1 hour 5 minutes. 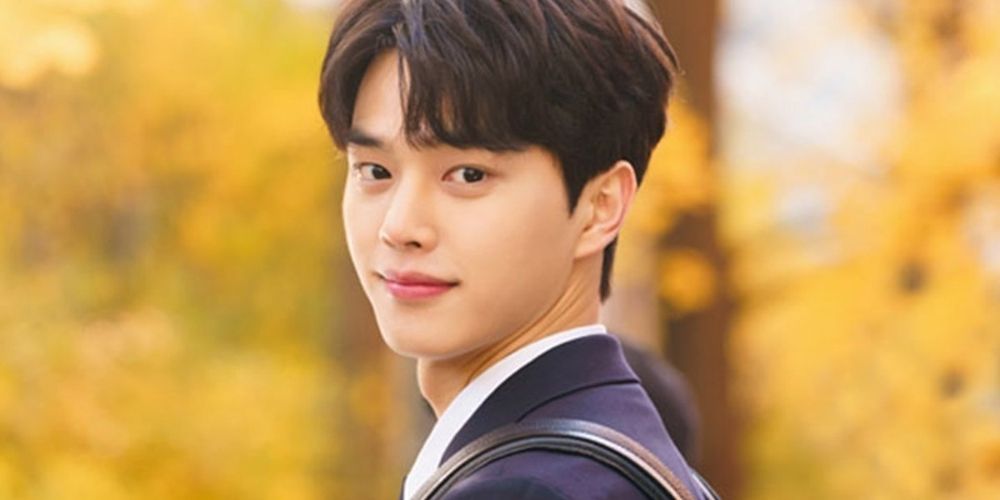 The episode will be releasing on

The drama Navirealla is an ongoing Korean drama that talks about the passion of learning and how one put their life to learn the art. This drama may have some struggling parts with a mix of friendship and love. The drama will be introducing Shim Deok Chool. He is a 70-year-old man who is working in a bank as an assistant. Deok Chol wants to learn to perform ballet from a young age, but he was never able to pursue his dreams.

He has a passion for performing and learn. He gets his retirement at the age of 70 and after leaving the office he thinks of pursuing his dreams again. His family is quite against the idea of him learning and performing at such an age his children are totally against him. Moreover, this not-so-positive behavior of his family doesn’t make him leave his passion which will lead to him getting admission to a ballet class.

The life of Lee Chae Rok is also shown in the drama. He is a 23-year-old boy who is all alone in his life, finding a career where he can excel and live his dreams. Also, he tries his hand in every sport, from swimming to baseball and soccer. He didn’t get success in any of the sportsfields even after trying hard. He then chooses his career in ballet dancing. His mother was a ballet dancer and a performer. She dies at the early age of Chae Rok he never had that moment to share with his mother. His mother dies due to medical conditions and leaves him behind with his father. 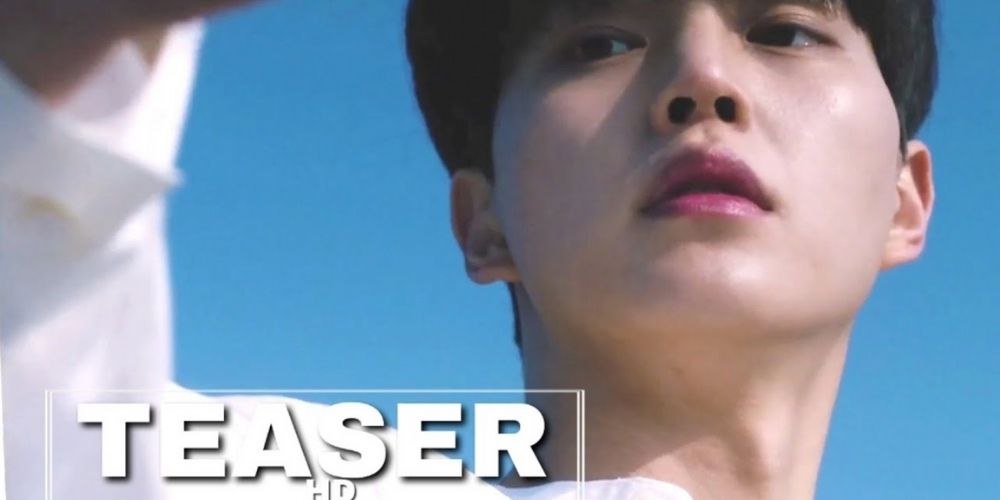 Moreover, the father-son relationship is also not that strong the communication gap will be portrayed in the drama. After choosing ballet dancing will lead to complete communication off. Chae Rok tries to live on his own. He is struggling with his life with his living expenses and is not able to meet the ends.

It will be seen he will excel in the Ballet, but the tuition fees and living expenses are quite high. He will be seen working, which makes him exhausted, and also he is focusing less on his ballet dance. He will decide to leave the dancing behind. The moment he feels shattered, he will be meeting Deok Chool. Deok Chool will act as a guardian angel to him. He will inspire him to follow his passion and work on his kill. Overall, the plot will revolve around the love between the two-man who pursue ballet as a profession and the obstacles they have to face while learning and achieving their passion and dreams.

The passion for achieving will be seen in the drama. This drama will surely bring on some emotions and will motivate the viewers too. The plot till now looks quite fresh and different. The bond of two male leads is also something different that will be a thing to witness in the drama. Overall if you are into some emotional friendship base plot, then this drama is the one to keep an eye on. You will find it interesting in some instances. The struggle against the family and society will also be seen in the drama.