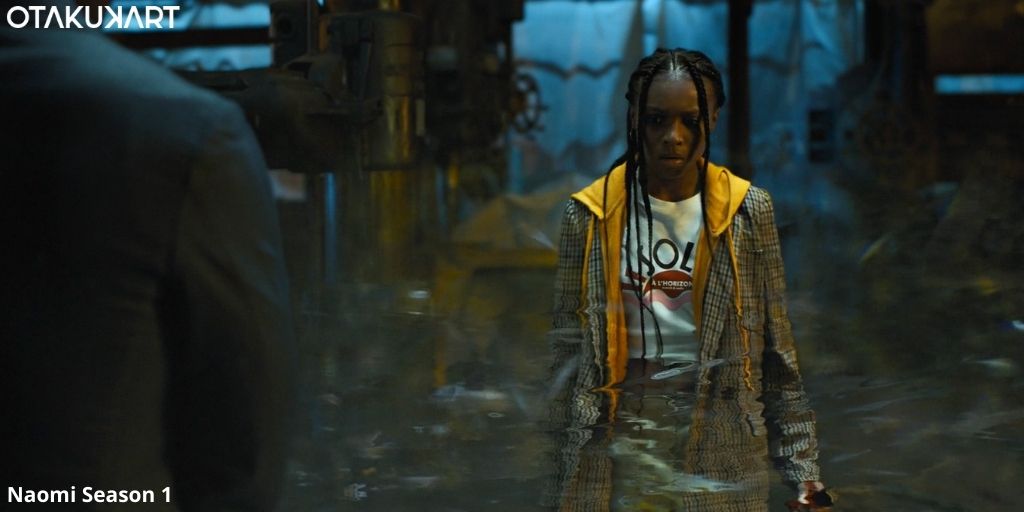 It looks like our teenage superhero is going to get closer to the truth on Naomi Season 1 Episode 3 next week. Meanwhile, the previous episode was more of a realization and acceptance period for her. In addition to that, the episode gave us a look at Naomi trying to look into the UFO crash from the year 2004. Although, what was more intriguing for her was that it had happened on the day of her adoption.

On the other hand, Naomi’s father was called in by his general and was talked to look into the Superman sighting that happened a few days back. Whereas, Naomi got more help in finding the crash site from her friends who went out with her on a late-night adventure. However, things got scary when Zumbado came looking for Naomi and her friends at the site and threatened them. So the question was, how did they all get out of there?

The latest American superhero television series has made quite an entrance on 11th January 2022. Furthermore, the show has highly impressed the critics with its storyline and characters in the first two episodes. As a result, the show currently has a critical score of over 92% on Rotten Tomatoes. However, the fans are now waiting to watch Naomi Season 1 Episode 3. But first, let us take a look at all that happened in the previous episode.

Episode 2 of Naomi Season 1 dropped on 18th January 2022 and was titled “Unidentified Flying Object”. The episode began with Naomi at Dee’s tattoo shop, totally in shock after watching metal wings pop out of his back. He showed her the newspaper that covered the news about a UFO sighting on 24th March 2004. Moreover, it was the same exact day that Naomi was adopted by her parents, and Dee felt Naomi’s presence.

This was all confusing to her, but he told her that she was just like him and many others, not mere humans. He even told her that he was from a planet called Thanagar, and his wings were made from a rare metal found on his home planet.  Although she found it all hard to believe, he promised he would prove it. The next day Naomi met him at a bridge where he asked her to jump, which scared her.

However, he reminded her that she had never been injured in her life, which proved it. Furthermore, he jumped himself and started flying with his wings and told her that she would have to take the leap of faith if she wanted to find out about her powers. Later at her house, her friend Annabelle arrived, and Naomi told her that she was looking into the UFO crash site in Port Oswego, where she now lives. Although, being her best friend, Annabelle agreed and called her boyfriend to take them to Falls Creek. On the other hand, Greg’s boss told him to look into the Superman incident after showing him a red indestructible piece of cloth. Meanwhile, Naomi’s hearing got heightened in the forest, and she could hear everything, even her friends talking from far away. Later on, she told Annabelle about it, and she told Naomi to embrace it.

Moving on, more friends joined her adventure, and after some digging, she went to an old abandoned mill a few miles away from Falls Creek with them. Well, it was all worth it as they found some strange symbols on the walls there that were similar to the ones on the disk Naomi had found in the forest. Although, things got scary when Zumbado arrived there, telling Naomi to stay and her friends to leave. Naomi did exactly that and asked her friends to leave while she stayed there.

While confronting Zumbado, she got a hold of her powers a little this time and started using them, but Zumbado threw her away with one push and told her to never come back there. In the end, we saw Greg getting in on with UAPTF, a task force made for investigating otherworldly threats. Naomi went to the bridge with Dee and took the leap of faith by jumping from the bridge. Meanwhile, we saw Zumbado erasing the symbols from the walls, possibly with his powers.

“Naomi Season 1 Episode 3 will release on 25th January 2022 at 8 pm ET on The CW.” This episode will be titled “Zero To Sixty”. The episode will see Naomi probably getting her hands on the disk and trying to check out what it does. Meanwhile, she might come clean about her powers to her parents.

“Naomi Season 1 airs every Tuesday at 8 pm ET on The CW in the United States.” In addition to that, the viewers can also stream the show on the official site of The CW. Other than that, episodes from the show are available to stream on Amazon Prime Video. Whereas, the show is available to watch on Binge weekly in Australia.