Netflix has delivered a lot of amazing series, shows, and documentaries in the last few years. Still, it is not taking even a single break and is coming back to back with some great hits. Once again, Netflix has announced a documentary miniseries based on Naomi Osaka, one of the best tennis players in the world. A three-episode documentary is very soon coming on Netflix that will cover every aspect of Naomi’s life. Till now, you have watched Naomi Osaka only on the field. But now, you will witness all the struggles and hardships that she has faced off-field to become one of the best tennis players in the world.

Naomi is just 23-years-old, and she has won more awards than her age. She is a four-time Grand Slam singles champion and the current ruling champion at both the Australian Open and the US Open. Her journey is full of struggles and hard works but now is getting filled with achievement and awards. Netflix has come up with a documentary on her life, and we know millions of her fans are really excited about it. Therefore, we are here with all the major updates regarding this Netflix original documentary series that you should know.

A Glimpse From Naomi Osaka Season 1

Also Read: When Is Virgin River Season 3 Coming To Netflix?

When Will Naomi Osaka Season 1 Release?

Naomi Osaka Season 1 is all set to premiere on July 16, 2021, on Netflix. We already informed you that, the release of this documentary is much closer than you are expecting it to be. This documentary is a miniseries, and it will just have 3 episodes in total. But, we are damn sure that all the three episodes are going to be really amazing and will be worth watching for you. You will get to know and get to learn a lot of fantastic things about Naomi Osaka in just three episodes.

She is really a very inspiring woman. Hence, you can learn a lot of things from her that can help you in different aspects of your life. This documentary will release on Netflix only as it is a Netflix original series. Only viewers having a paid subscription to Netflix will be able to stream this series. So, if by any chance, your Netflix subscription has ended or expired, then renew it as early as possible. As you are going to witness a really worth watching series very soon on your screens. 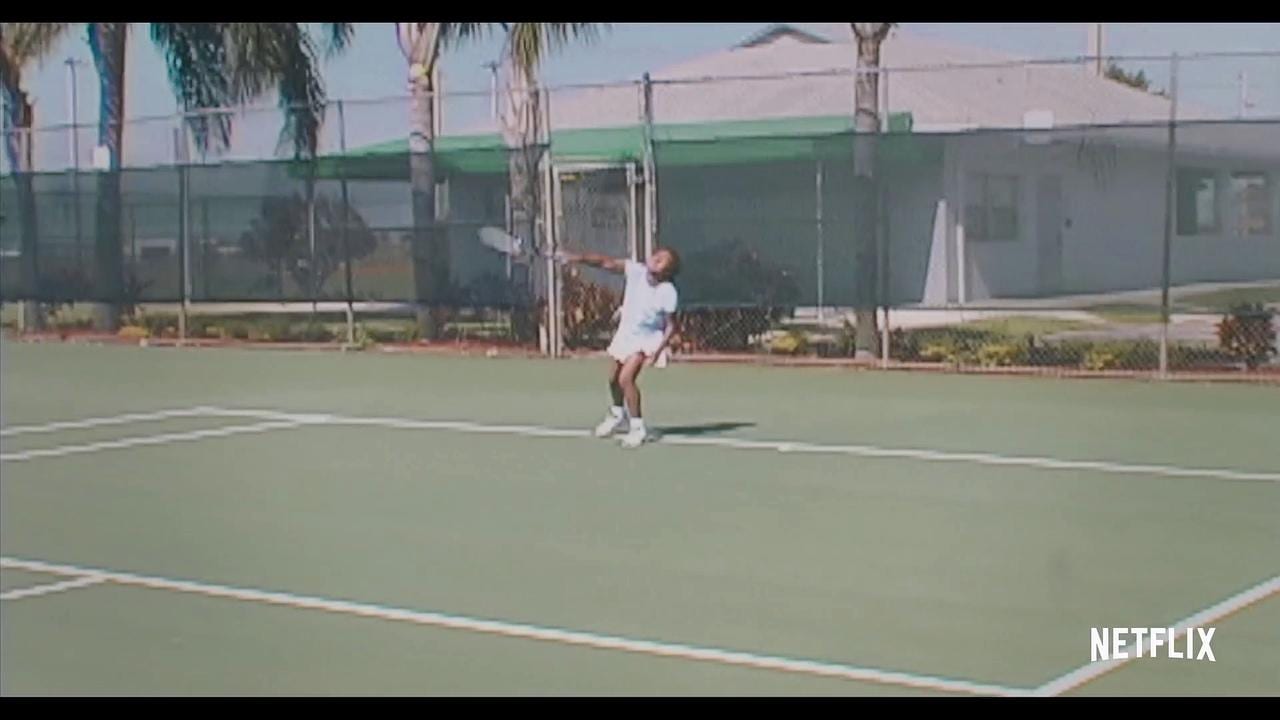 A Still From Naomi Osaka Season 1

Netflix has released a 2-minute long trailer of this series just a few days ago on their official YouTube channel. Within just a few days, this trailer has got more than 600k+ and a lot of positive comments from the viewers. A lot of viewers are really excited about this series, and this trailer has even accumulated this excitement to a great extent. We hope that most of you might have watched the trailer of this documentary till now. But, still, if you are one of those who haven’t checked out the trailer yet, then you can watch it below.

This documentary basically follows Naomi Osaka over the course of two years. In these two years, all the struggles and hard work she has done to defend her titles are covered up in this series. Also, how she got badly affected after she lost her mentor Kobe Bryant in 2020 in a fatal plane crash. Her entire hectic training schedule and the great support from her family and friends, everything is portrayed in this series. Also, her training for the U.S. Open in August 2019 and preparations for the 2020 Tokyo Olympics are covered up in this series.

A Sneak Peek About The Crew

Garrett Bradley is the mastermind behind such an amazing documentary series as he is the director of this series. LeBron James, Maverick Carter, Devin Johnson, Jamal Henderson, Philip Bryon, Matthew Goldberg, Brandon Carroll, Ryan Schiavo, and Garrett Bradley are the executive producers of this series. Lauren Cioffi, Katy Murakami, and Sally Rosenhaus produced this series in association with Film 45 and Uninterrupted Pictures. Jon Nelson has managed all the cinematography work of this series.

As of now, we have shared all the major details about this upcoming Netflix original documentary series. For more updates like these, just stay tuned and connected to our site.

Also Read: When Is Jack Irish Season 3 Coming Out?