Naomi Osaka and Her Rapper Boyfriend Cordae – Truly in love 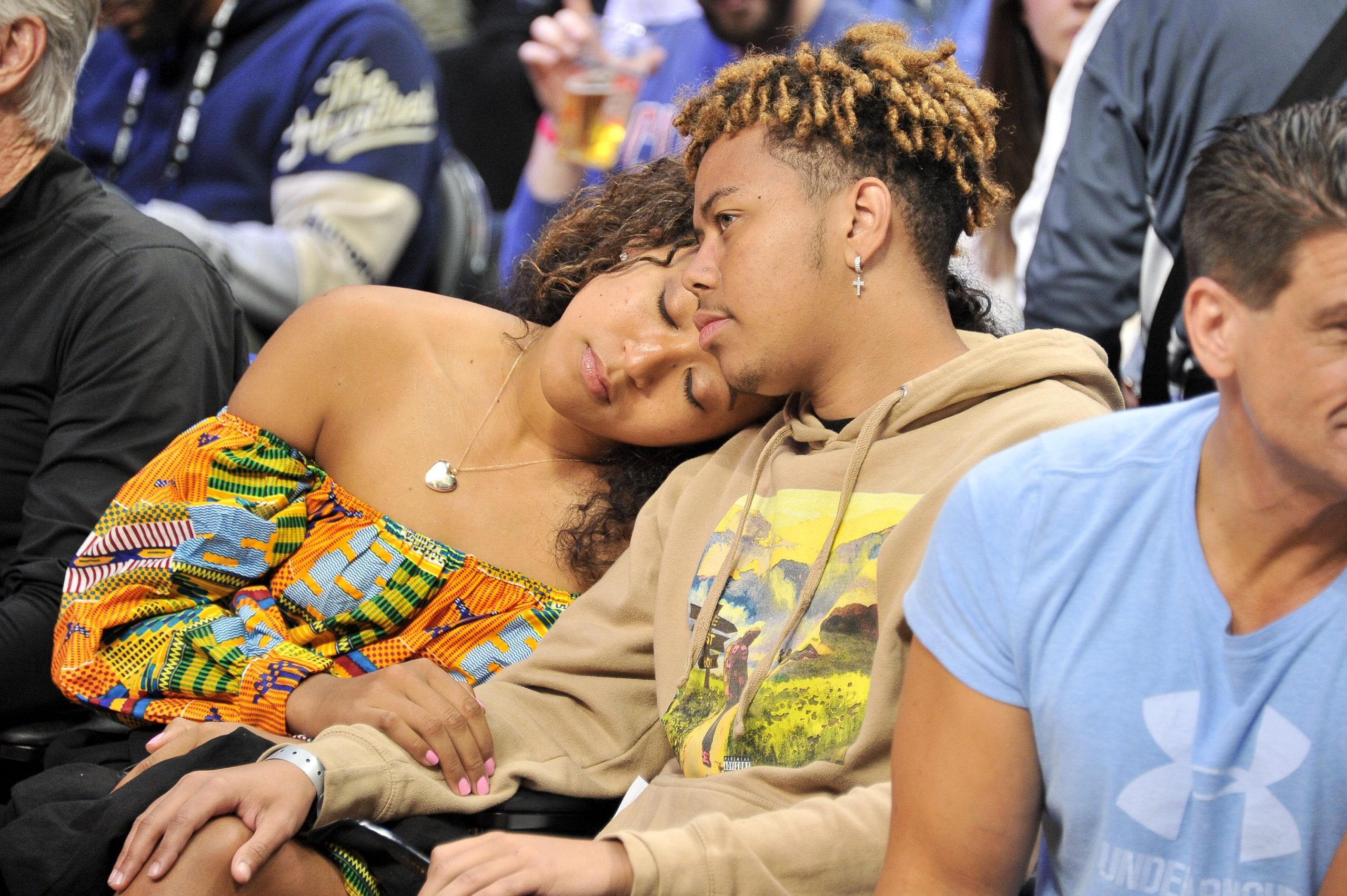 At the Clippers game

Naomi Osaka became a crowd favorite when she beat the very popular Serena Williams at the 2018 U.S. Open. Very recently the tennis tar Naomi Osaka wrote a most beautiful and heart-touching Instagram post for her rapper boyfriend Cordae. The four-time Grand Slam singles champion posted a cute picture of the couple taken sometime after the 2020 U.S. Open Women’s Singles final in September. She captioned it ‘Appreciation post for the mister because I feel like it today. She revealed how Cordae had dropped everything to join her for the match after she told him she was feeling low. She explains how she later found out that shortly after she had face timed him he hopped on a plane and quarantined himself for a couple of days in a hotel just to be there for her.

Naomi says the funniest part in this is the fact that she’s still convinced Cordae doesn’t understand the game of tennis or its rules. The rapper has admitted that tennis is ‘not his sport’ and that cheering Osaka at the 2019 U.S Open was his first time ever at a tennis match.

She included a video of Cordae proudly cheering her during the 2020 U.S. Open finals when she defeated Victoria Azarenka. The interesting thing about the win was that she was wearing seven different masks with the names of victims of racial injustice ahead of her matches. She also highlighted the names of Breonna Taylor, Ahmaud Arbery, and Trayvon Martin. These masks she later explained motivated her to win. She explains that she chose to do this because she had the opportunity to raise awareness and also because Tennis is watched around the world. She added people who might not know these names can also google them and learn their stories.

Naomi and Cordae met two years ago and they exchanged numbers. We hear that their first date was at a Clippers game at the Staples Center. She has said that they were trying to find each other because the arena was so big and she remembers seeing so many people who wanted to take a picture with him. She found it really cool how friendly and welcoming he was with everyone.

feeling out of place

For Cordae to be present while Naomi was playing wasn’t exactly easy. He doesn’t know if he’s admitted it to Naomi but he says he felt really out of place. That was the first time he was being in a multiracial environment like that. Throughout school, Cordae claims he had been in an all-black environment. We hear that Osaka has been educating beau Cordae on all sorts of cool things about tennis. So now we know even the next time she’s playing he’ll drop everything to be there to cheer and thanks to Naomi he with his newly acquired tennis knowledge he will be able to enjoy the game as well.

Though neither of them denies their being in a relationship both of them like to keep it private most of the time. Naomi says they were dating for almost a year before people knew they were a couple. She mentioned that they don’t always post intimate moments because she believes they are sacred. You can’t agree more when she says relationships are sacred and that when you let outside influences get into it, it becomes less sacred.

In a birthday message that Naomi posted for Cordae, she has said that she feels so lucky to be in his life and to be continuously learning from him. She’s said she’s so grateful that she can talk to him about anything. She has also said she loves how he lays down and waits for her to go to sleep before he goes to record. She says the list could go on forever and that she’s sad that she cannot be with him on his birthday and that she’ll surely make it up to him. We all know she will. They are a solid couple and any rumors of a break must be just that rumors. Everybody loves a good love story and here we have one unraveling right before our eyes.

How To Watch Ending Again Online?

Thor: Love and Thunder Finished Filming: Are We Getting First LGBTQ Character OF MCU?