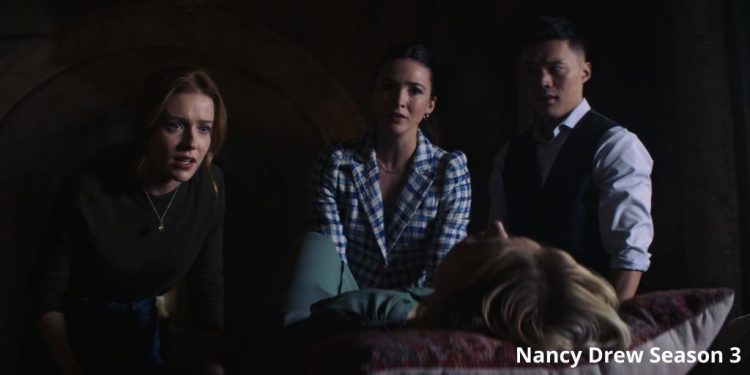 Things are going to get interesting and dangerous at the same time on Nancy Drew Season 3 Episode 9. The reason behind this is the fact that Nancy and his friends are getting closer to the Frozen Hearts Killer or as they are now calling him, Copperhead. The previous episode saw Nancy and Bess trying to capture the Copperhead. However, things got out of hand for them when a supernatural light demon was released by them. In addition to that, Temperance became the target of that demon.

On the other hand, Ace and Ryan teamed up to find Nick since he was nowhere to be found. Whereas George went out on her own to find Nick as well. However, she met someone that was close to Nick while she was out to find him. Although this raised up a bigger question in her mind which was whether that person visiting Nick exactly when he is missing, just a coincidence or something else? The American television show has been keeping the viewers engaged with such mysterious questions in every episode.

The show takes up the genres of supernatural horror, drama, and mystery combining them together to bring out a wholesome package. Meanwhile, the show has taken inspiration from the novel series ‘Nancy Drew’ which has also attracted a lot of viewers. The show’s success has been prominent till now. That is why we are now in the third season of the show which is going strong as well. But the fans are now waiting to watch Nancy Drew Season 3 Episode 9. But first, let us take a quick recap of the previous episode and check out what all went down. 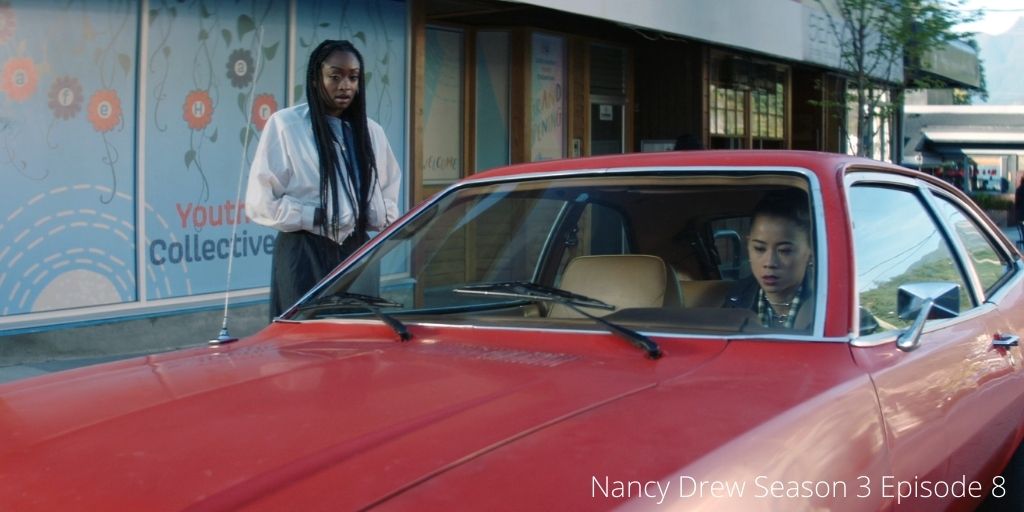 Episode 8 of Nancy Drew Season 3 came out on 3rd December 2021. Furthermore, the episode was titled “The Burning Of The Sorrows”. The episode began with Nancy getting a visit from Agent Park as he wanted to question her about Richard who died recently. However, Nancy didn’t tell him anything assuming he won’t understand the supernatural aspect behind it and how Temperance gave Richard a stroke. Meanwhile, Bess met Temperance and asked for her help to catch the Copperhead. However, Nancy refused to involve Temperance in any of it. Although, Bess managed to steal a supernatural object from Temperance that could probably be used as bait to capture the Copperhead. However, while they were waiting for the ritual to work, Park arrived there as well.

Meanwhile, the ritual went sideways and a light monster named the Burning Sorrows was released and attacked Temperance who had also arrived there. After a while, they figured out that this monster feeds on people’s worst heartbreaks. So they tried to feed it their heartbreaks, but it still wanted Temperance’s sorrows since she was marked by it. On the other hand, Ace and Ryan who went out to find Nick were trapped in the house by a ghost. Although, later it turned out that the ghost was trying to help them figure out something mysterious. Meanwhile, George met Nick’s childhood friend Eve and later found out that Eve was the reason Nick went to jail. Although, Eve and George eventually became good friends and managed to find out Nick who was at the football field.

Whereas, Bess, Nancy, and Park learned that Temperance lost her daughter Charity. Moreover, Charity’s soul was split into four pieces by her own husband Beckett Dow. Furthermore, they also learned that the Copperhead was killing anyone who had a piece of Charity’s soul in them. Although, they eventually got Temperance out of it all by feeding her sorrows to the light monster. But this came at a price. The Burning Sorrows had burned her and corrupted the cells in her body. But she had a way to perform a ritual and heal herself. But when she came out, her soul was now in the body of her daughter Charity. In the end, things got shocking when Temperance was writing a letter to Charity describing how all of it that happened was her plan. She gained Nancy’s trust by doing so and now she will accomplish what she always wanted.

“Nancy Drew Season 3 Episode 9 will release on 10th December 2021 at 9 pm ET on The CW in the United States.” Moreover, the episode will be titled “The Voices In The Frost”. Things will get dangerous as Ace will try to find out what exactly the ghost wanted him to find. Meanwhile, Nancy and Park will move ahead with the investigation on the Frozen Hearts Killer. Whereas, George, Nick, and Bess will try to solve the mysterious death of a college student.

The supernatural mystery show is creating quite a buzz with the ongoing season. That is why the viewers are eager to find out where to watch Nancy Drew Season 3? The answer to that question is a rather simple one. “Nancy Drew Season 3 airs every Friday at 9 pm ET on The CW in the United States.” Meanwhile, the viewers can watch the show on Youtube TV and HBO Max. Other than that, the show is available to stream on Amazon Prime Video as well.