What To Expect From Nancy Drew Season 2 Episode 8? 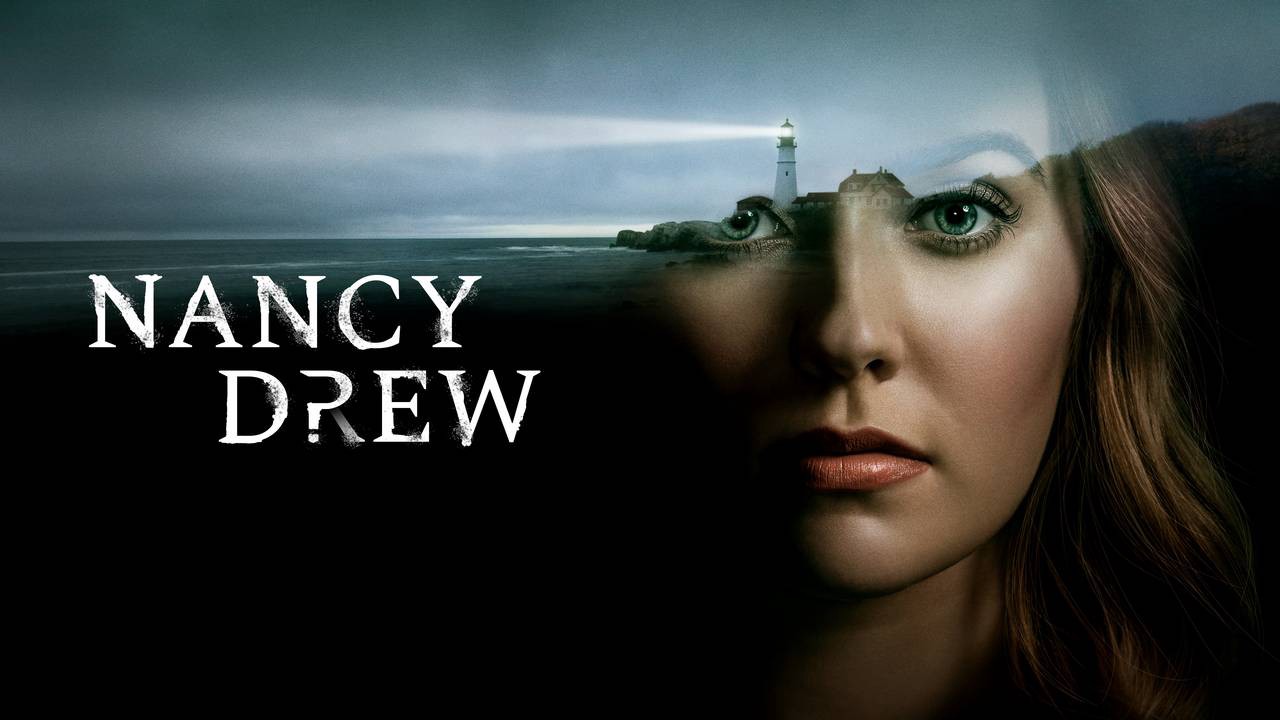 Here, we will talk about the details and release date of the upcoming Episode 8 of Nancy Drew Season 2. It is the second season of the American supernatural mystery drama. Nancy Drew season 2 airs on American television network The CW and CBS is the main production network and distributor. The series is an adaptation of Edward Stratemeyer’s novel series of the same name. It is the third Nancy Drew television series created by Noga Landau, Josh Schwartz, and Stephanie Savage. Before this, the two Nancy Drew adaptations were The Hardy Boys/Nancy Drew Mysteries (1977-1979), and a 1995 Canadian-American version of the same.

The first season of the series premiered on 9 October 2019 and aired 18 episodes till 15 April 2020. Similar to the first season, the second season is also scheduled to air 18 episodes. Season 2 premiered on 20 January 2021 and will end with the season finale on 2 June 2021. Kennedy McMann plays the role of Nancy Drew and narrates the series as well. The series includes the re-imagined versions of the characters from the novel series. The main cast and characters include; Leah Lewis as George Fan, Tun Kasim as Ned Nickerson, Maddison Jaizani as Bess Marvin, and Scott Wolf as Carson Drew.

Moreover, the show also has a few characters who were created only for the series. These include Alex Saxon as Ace, Alvina August as Det. Karen Hart, and Riley Smith as Ryan Hudson. The show follows the 18-year-old Nancy Drew. She put her college plans on hold after graduating from high school and gets involved in a mysterious murder mystery with her four friends. Suddenly trapped in a ghostly mystery, Nancy teams up with her friends and decides to find the killer. 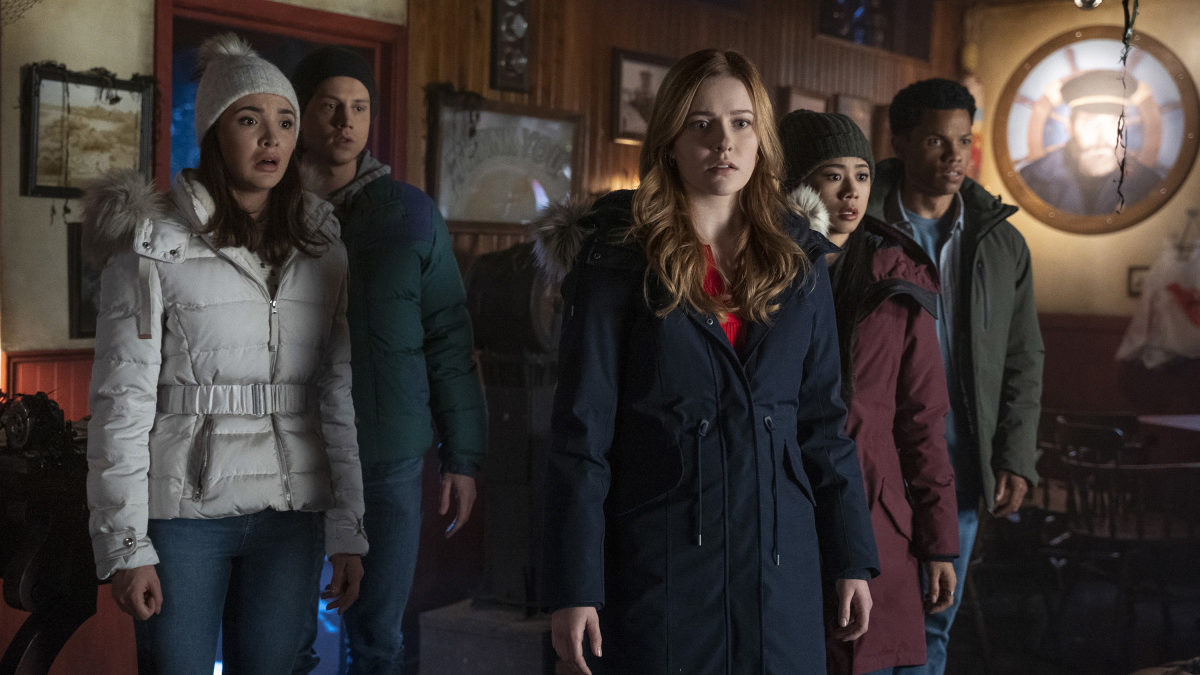 The title of the episode is “The Legend of the Murder Hotel” and it aired on 10 March 2021. Roxanne Benjamin directed this episode and Katherine DiSavino gave the screenplay for it. Here’s a quick overview of everything that took place in the previous episode.

The episode begins with a group of volleyball players forcing one of their teammates, Jennifer to stay in the Breaker Hotel. However, Jennifer is afraid is because the hotel is haunted and many people have died there. A few minutes later, she disappears. Next, Carson tries to convince Nancy to apply to college in Columbia. But Nancy is uninterest as always. 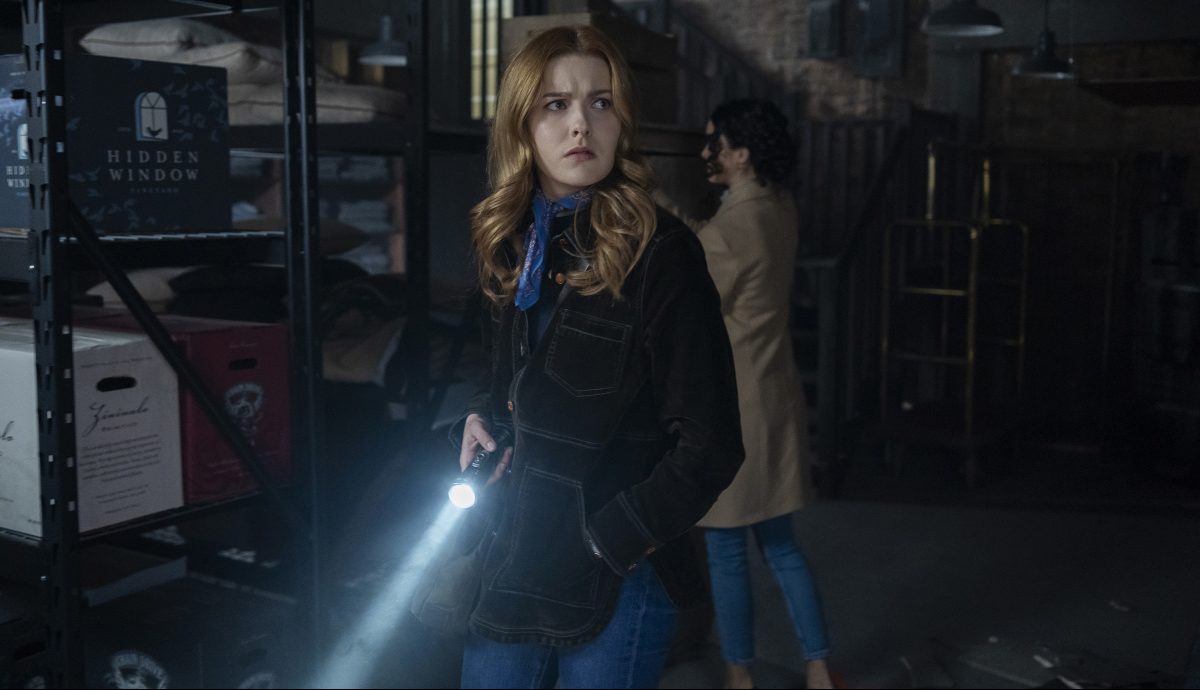 Later, the group of volleyball players approaches Nancy to help them search for Jennifer. Ace also joins Nancy and the players at the hotel. After entering the hotel, they see blood weeping out from the window in the murder room.

Later, Nancy investigates the hotel with Bess and George. On the other hand, Ace stays behind with the volleyball girls. Bess comes across a secret door in the murder room and they go inside to have a look. There, Nancy and the other find a long hallway that leads down to the basement. They also find Jennifer’s shirt by a dumbwaiter. Upon reaching the basement, they find jars of blood and scream tapes. 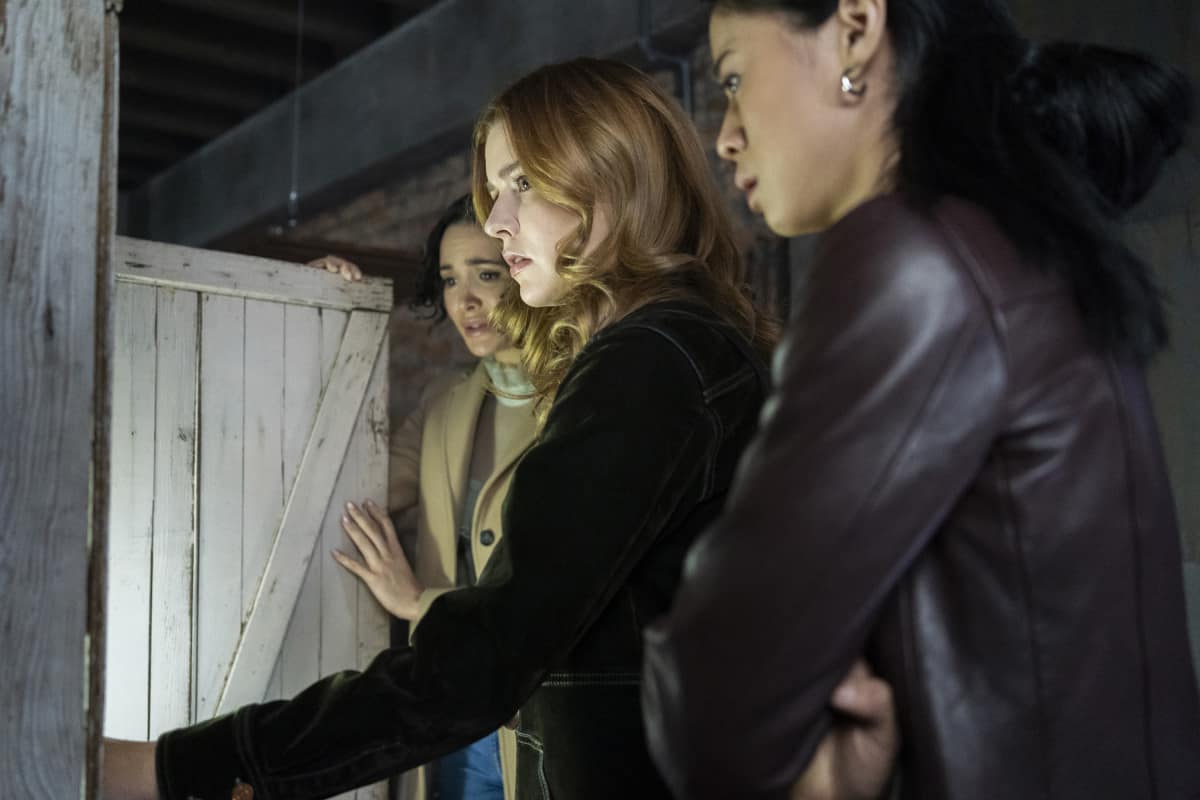 While the group was contemplating what it means, the hotel’s owner arrives and rudely asks them to leave. After leaving, Nancy concludes that the hotel owner is faking the haunting stories to attract tourists. Later, Nancy asks Ace to help Amanda get the security tapes from the basement. On one of the tapes, they see Jennifer exiting the dumbwaiter and George approaches her. George tells them that Odette’s ghost is possessing her.

After tracking Odette’s whereabouts the night before, Nancy and the others find Jennider’s location at the bus station. After the whole ordeal, Nancy starts an application to Columbia. Also, Odette tells Bess that they have to kill George if they want to get rid of her. The episode ends with a man checking in to Breaker Hotel, who came to Horseshoe to search for his wife, Bess.

The title of the episode is “The Quest for the Spider Sapphire”. Roxanne Benjamin directed this episode written by Lisa Bao. Episode 8 will deal with the consequences of the group defeating Aglaeca. According to the official synopsis of the episode, we will see Nancy and George will work together to vanish the ghost who has been timesharing George’s body. This has been going on ever since the group defeated Aglaeca in episode 6. Moreover, Bess’s past will surface again, surprising her more than anyone. 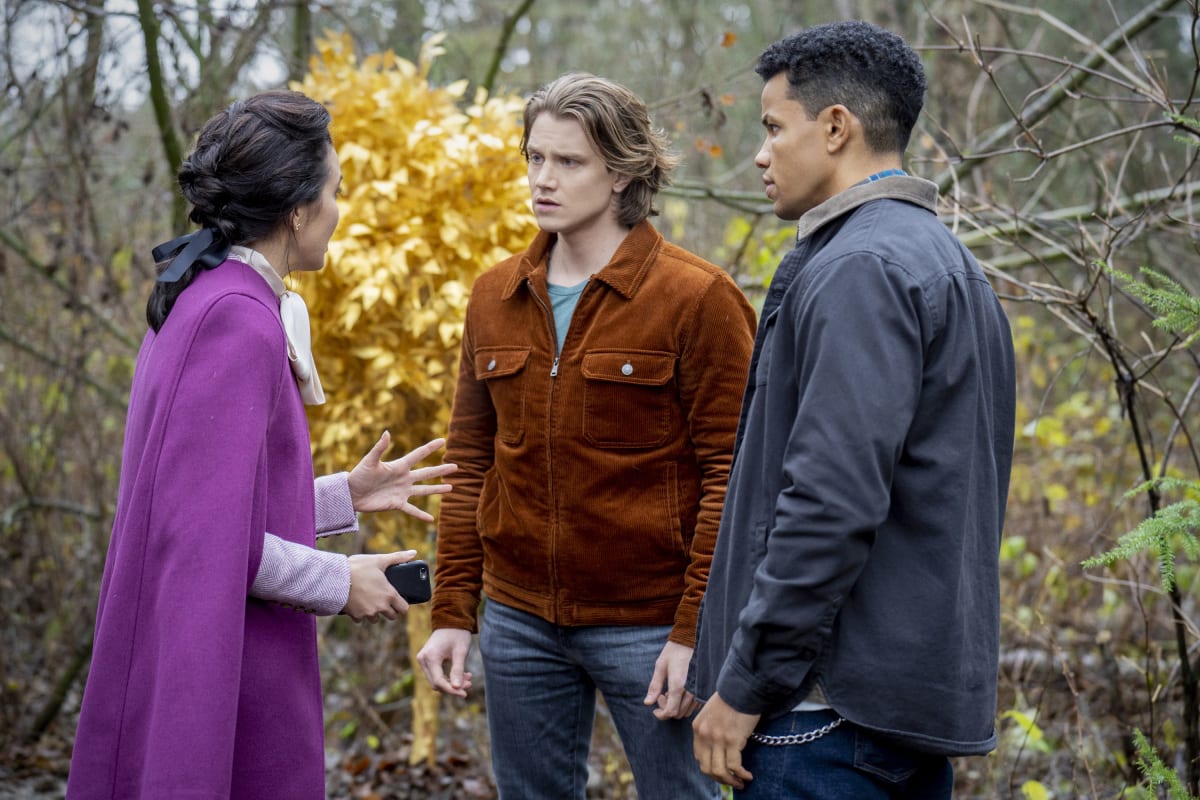 In short, the entire episode will be divided into two major plotlines. One is to get the ghost out of George’s body and the other is Bess’s past and what meaning it holds for her. Apparently, a mysterious man from her past will reappear in her life again and Bess will have a hard time dealing with him. The previous episode hints that he came to look for his wife, Bess. However, considering Bess’s fear, we can imagine the man coming here for less-than-ideal reasons and creating trouble for Bess or even the group. Moreover, Aunt Diana will return in the upcoming episode. Also, there will be a team-up between Bess and Ace. We can assume Ace will try to help Bess from her past predicaments.

The release date of Nancy Drew Season 2 Episode 8 is 17 March 2021. The second season of Nancy Drew airs every Wednesday at 9 pm ET / 8 pm CT on The CW television network. You can watch Nancy Drew Season 2 online on the streaming website and the mobile app of The CW. The show has been maintaining a consistent flow of release dates ever since its premiere. The second season of the series is available for streaming on the official website of Voot. Voot updates new episodes on the website a few hours after the new episode is released. The show is also available for streaming on DirecTV. You can also buy the episodes of season 2 on Amazon Prime Video, Vudu, and Google Play Movies & TV.