Naga Chaitanya Opens Up on Divorce with Samantha Ruth: Split of ‘ChaySam’ 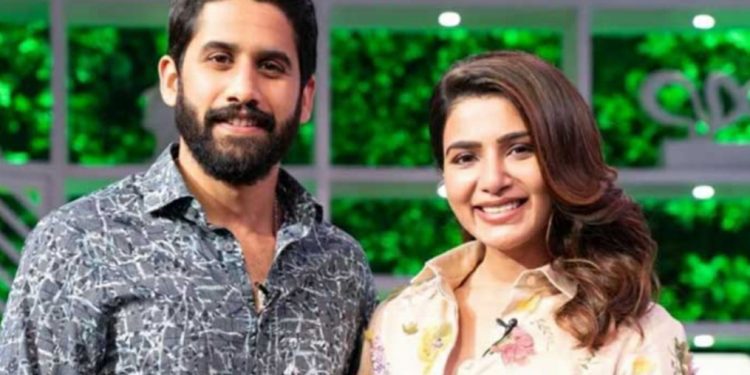 Naga Chaitanya opens up on divorce with Samantha Ruth. Since they have announced the news of their separation officially on their social media accounts, they have become the talk of the town. With the news of their divorce, they have left their fans shattered. In case you are not much aware of these two individuals, here is a brief introduction.

Naga Chaitanya and Samantha Ruth are both very famous Indian actors who have made prominence in the Telugu film industry. Some of Naga Chaitanya’s notable works include Bangarraju, Love Story, Autonagar Surya, Krishnamma Kalipindi Iddarini, etc. Whereas Samantha’s work include Pushpa: The Rise, Super Deluxe, Rangasthalam, Bangalore Naatkal, and a lot more. We will cover up a few of their professional credits in the latter part of this article so that you can watch them all.

They met each other on the sets of Yeh Maya Chesave in 2010. Since then, they started to bloom together. Fans have always showered them with love as a couple. However, after spending so many years together, they decided to part their ways for the betterment of their relationship. It was on 2 October 2021 when the separation took place. After so many months, the actor Naga Chaitanya opens up on divorce with Samantha Ruth, his ex-wife. If you want to know what he has said on his separation from his lady love, you must dig into this article till the end.

Also Read: Samantha and Chaitanya Divorce: Everything We Know About the Split of the Celebs

This calls for the discussion of how they managed to stay and grow together to date. Naga Chaitanya and Samantha Ruth are from the same Telugu film industry and thus met each other in 2010. Initially, they shared a great friendship, and from November 2015, they had started dating each other. It was on 29 January 2017 when they got engaged. In the same year, on 6 October, they tied the knot in Goa. With the news of their relationship, their fans named them ‘ChaySam’ as a couple.

However, after spending four years of marriage, they got separated on 2 October 2021, and they took it to their social media.

What do Naga Chaitanya and Samantha Ruth have talked about in their divorce?

Now, finally, when Naga Chaitanya has opened up on his divorce from Samantha Ruth, people are quite curious to know his words. With this regard, the actor, Naga Chaitanya, says that this separation was needed for their happiness. He also stated that if she is happy, he is happy too. With their split, he confirmed that it was okay to be separated as it was a mutual decision. The actor made sure that divorce was the best decision they made in such a situation.

With that note, Naga Chaitanya confessed that they were fortunate enough to have a friendship over ten years. He believes it to be the core of their relationship, which holds a very special bond between the two. With this, he requests the media and their fans to support them and their decision and also asks to give them some privacy so that they can move on in their respective lives. He also confirmed that both of them are doing equally good in their professional lives.

When asked Samantha Ruth, she stated that earlier she thought to crumble and die with separation. But now, she knows that she isn’t weak and is proud of herself for being so strong. Also, she stated that a divorce was needed.

Now, let’s have a look at what Naga Chaitanya is famous for. Being his fan, you will be glad to know that two of his films are set to release shortly. We will see him acting in Laal Singh Chaddha, alongside Aamir Khan and Kareena Kapoor. Also, the other one is Thank You. Some of his other notable credits are Yuddham Sharanam (2017), Aatadukundam Raa (2016), Bangarraju (2021), Love Story (2021), etc.

Originally known as Akkineni Naga Chaitanya, he was born on 23 November 1986 in Hyderabad, Andhra Pradesh. That makes him 35 years old as in January 2022. He was born to his parents, Lakshmi Daggubati (mother) and Akkineni Nagarjuna (father). The actor also has a sibling, whose name is Akhil Akkineni. For studies, he attended St. Mary’s College, located in Hyderabad.

Some of Samantha Ruth’s notable credits include Attarintiki Daredi (2013), Ramayya Vasthavayya (2013), Bangalore Naatkal (2015), Jaanu (2020), Pushpa: The Rise (2021), etc. If you are one of her die-hard fans, you will be happy to know that she is set to release her films Kaathu Vaakula Rendu Kaadhal, Yashoda, and Shaakuntalam.

Originally known as Samantha Ruth Prabhu, she was born on 28 April 1987 in Madras, Tamil Nadu, India. As of now, she is 34 years old. When it comes to her family, she was born to Ninette Prabhu (mother) and Joseph Prabu (father). She also has two siblings, Jonathan Prabhu and David Prabhu. For studies, she attended Stella Marris College in Chennai.

Though Naga Chaitanya and Samantha Ruth are no more together, it’s all good as they are consenting adults.

Where is Some Like It Hot Filmed? Filming Locations Revealed

Where is Royal Matchmaker filmed? All Locations Revealed