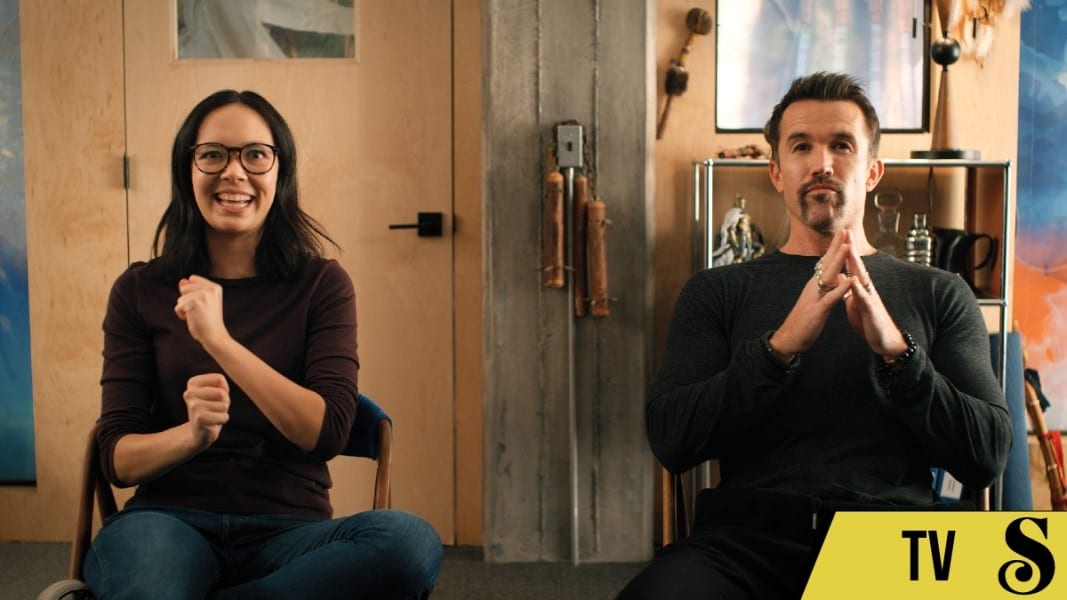 The first season of hit comedy series Mythic Quest focussed on a video game company developing a new expansion for their extremely successful multiplayer game. To begin with, the series already had a great set of characters. When compared to its first season, the current season seems to be more consistent. The writers of the show seemed to have created a little more depth in each of the characters. In this season, in every episode so far, just when you assume you know a certain character, there is a twist, and it only makes you understand the basic truth of human nature. That people, in general, are more complicated than they appear to be.

With the quarantine over, everybody is now back in the office for a brand new season. Creative directors Ian (Rob McElhenney) and Poppy (Charlotte Nicdao) find it a little difficult to come up with an expansion to their game. They struggle with the game’s direction.

In Season 1, you are exposed to the corporate power plays in the video game industry. This is taken and made into a workplace comedy. The show’s title Mythic Quest refers to the multiplayer game the company has been working on for several years. Throughout the season, most of the humor comes from arguments, misunderstandings, and ego hassles between co-workers. Characters are falling out, disagreeing with each other, or misinterpreting what the other person said. There were no LOL moments here for lack of comic diversity. The content mostly revolves around video game references and parodies, which do work well to a certain extent. Throughout the season, Mythic Quest taps into the video game culture with a high degree of accuracy. Most of the comedy and drama is centered around the creative differences between Poppy, the Creative Director, and Ian, the game’s creator. Even the finale focuses mostly on workplace woes and trying to derive humor out of typical workplace situations.

While the first two episodes of the season focused on the power struggle at the workplace, episode 5 begins with something different from the usual video game expansion that they were previously involved in. The office staff is made to answer a group questionnaire. As a part of this exercise, each of the characters is compared to an animal, and this gives place to some hilarious moments in the show. When the group heads to the main office, David reveals that he has got a new girlfriend. This becomes the hot topic for conversation, and jokes are cracked about him.

Then, there is a head-on collision between Ian and Poppy. This episode does not appear in any way to touch upon the subject of creating an expansion for their video game. However, it does lets us get to know each of the characters a little better. David is a definite highlight in this episode, and Ian calling out Rachel and putting her on the spot in front of Dana is yet another very funny moment. This episode gives us a glimpse of what we can expect from this season. However, the door is wide open for which way things may head after this.

The air is filled with tension after the employees are made to take a personality assessment test, and not everyone is happy with the results. Mythic Quest’s head HR announces that until everyone is done with voicing their complaints and signing their papers, they cannot leave the office for the weekend. Naomi Ekperigin contributes to some genuinely good laughs and happens to be a complete delight onscreen. Watching her on the brink of a meltdown as the employees each go about with their insane ways is both anxiety-inducing as well as hilarious. It is easy to observe that the pandemic conditions have changed the way the show is shot, and the cast is often split into trios and duos for each scene. Having everyone in the same place for this episode is a welcome change, and characters like Sue who don’t often get enough screen time, shine in this particular episode.

Dragon Quest: The Adventure of Dai Episode 35 Reveals The Sword of Champions

At A Distance Spring is Green: Kang Min Ah, Park Ji Hoon And Baek In Hyuk In The New Teaser