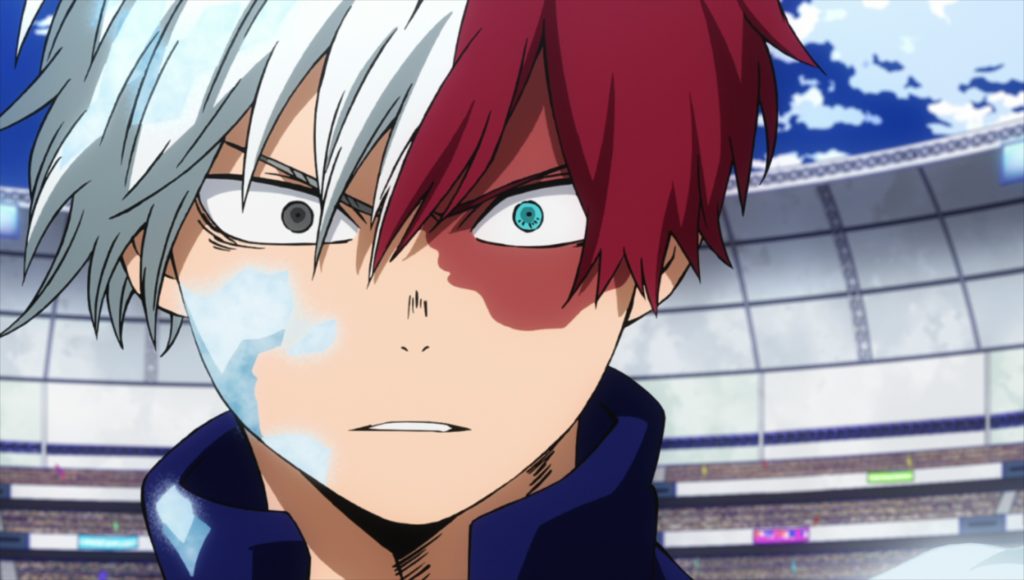 With exact 205 chapters on-air, My Hero Academia manga is going places. The upcoming chapter might finally bring the end to this battle between Class 1-A and 1-B. there are various trending theories on the internet aiming at Endeavor teaching strong techniques to Todoroki, well, the result is going to be indeed strong.

Being trained by the #1 hero at a time like this will surely give Todoroki an upper hand. With the increase in rumors regarding Todoroki Shoto unintentionally end up killing Tetsu. Considering his predicament in the previous chapter, Todoroki is currently in a bind. This might force him to finally rely on the power that he was taught.

The 205th chapter of My Hero Academia is titled as, “Detour”. In the chapter, while suffering from fatigue, Shoto uses his flames far beyond his control and end up overheating. His flame is hot enough to melt Tetsu’s steel quirk. Which almost nearly killed him. Luckily, he managed to survive. Tetsu somehow did manage to endure the heat but he couldn’t bear what came in next.

While Shoto was unable to bring out more firepower, he reminds of his father’s words of surpassing his limits and he unlocks a special move, and the heat within his flames increases. Saved by Juzo in the end, he says if Tetsu won’t give up now then his steel will melt. Then Tenya appears and apologizes to Shoto for being late.

My Hero Academia is a popular Japanese manga written and illustrated by Kohei Horikoshi, the manga is being published under Weekly Shonen Jump. The plot revolves around Izuku Midoriya, someone born into a world with superhero powers with no quirk. Quirks are special superhero powers. Then being chosen by the Number 1 Hero as his successor, the story covers Midoriya’s story of becoming the World’s greatest hero.