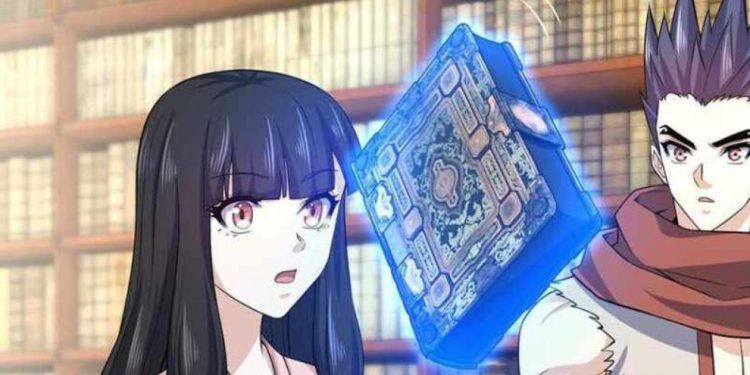 My Wife Is A Demon Queen Chapter 332

My Wife Is A-Demon-Queen Chapter 332 reveals the journey to the Demon Realm. Xiang Ye, Isabella, and the others have left the town and leave Sophisas dealing with White Regiment Dragon Seto. He promised him that they would meet again and head home together. They met with the higher-ups, who told them that they were not interested in the Empire affairs, but they won’t stop Isabell and Xiang Ye from going to the Demon Realm. In the recent chapter of My Wife Is-A-Demon-Queen, the red hair guy reveals that the master once had an agreement with a respected man, and they must remember the master’s kindness.

Xiang Ye is glad that the master and the red hair guy are helping them and realizes that he is fortunate to meet with the two. The master is impressed that Xiang Ye had improved better than when he was at the Empire. He realizes that Xiang Ye and Isabella have escaped and asks them to tell them their plans. Isabella reveals that her subordinate Dark Pillar has informed her, and he might be on her side waiting for her in the Demon Realm.

She turns into her standard format, and the horns on her had vanished, and that purple costume also vanished. Isabella reveals that they have high odds, and they can win to regain her throne as Demon Queen of the Demon Tribe Kingdom. Eli told Xiang Ye that they would help him, and the student revealed that Sophisas told her to do her best to help them. The master is glad that Xiang Ye and his friends have a good relationship. He reminds them that the Demon Realm has tight security, and they will face the Demon Soldiers doing guard duty.

Previously on My Wife Is A-Demon-Queen Chapter 331

The master summons different magic books after raising his finger. He reveals that the magic books hold a lot of taboo magic, and one can change the technique. He knows that Emery has a great talent and gives her a book to study and improve herself; Emery wonders if they have been paying attention to her. He told her that he had been observing all students. She thought that principals are well-known for being lazy. The master told Isabella about her lessons in the Empire and must learn the Human Race Magic.

He gave her a magic book, and Isabella told him that she would cherish that book. The master asks Xiang Ye if they want him to protect Sophisas after Xinag Ye asks him something. Xiang Ye agreed and told the master to take care of Sophisas since he helped him on different occasions and has always been a thorn in the eyes of the Regent. Xiang Ye is scared that Regent will be against Sophisas. The master realizes that Sophisas is the strongest Swordsman in the Empire.

My Wife Is A-Demon-Queen-Chapter 332 Release Date

My Wife Is A Demon Queen Chapter 332 will be released on 9 January 2022. The master believes that the Regent will spare Sophisas and never kill something valuable. The student is glad to hear, and the team realizes that Sophisas will be safe, but he might face hardships. He reveals that they can use the portal to head to the Demon Realm. Let’s look at My Wife Is A-Demon-Queen Chapter 332 official details.

You will be able to read My Wife-Is-A-Demon-Queen Chapter 332 online on mywifeisademonqueen.com’s official website. The master opens the portal for Xiang Ye and the others to cross and arrive at the Demon Realm. He applied special magic to Xiang Ye and Eli and told them to protect everyone. They enter the portal and arrives at the Demon Realm. Isabella reveals that it is her home territory, Demon Realm. Let’s meet when My-Wife-Is A Demon Queen Chapter 332 is released.