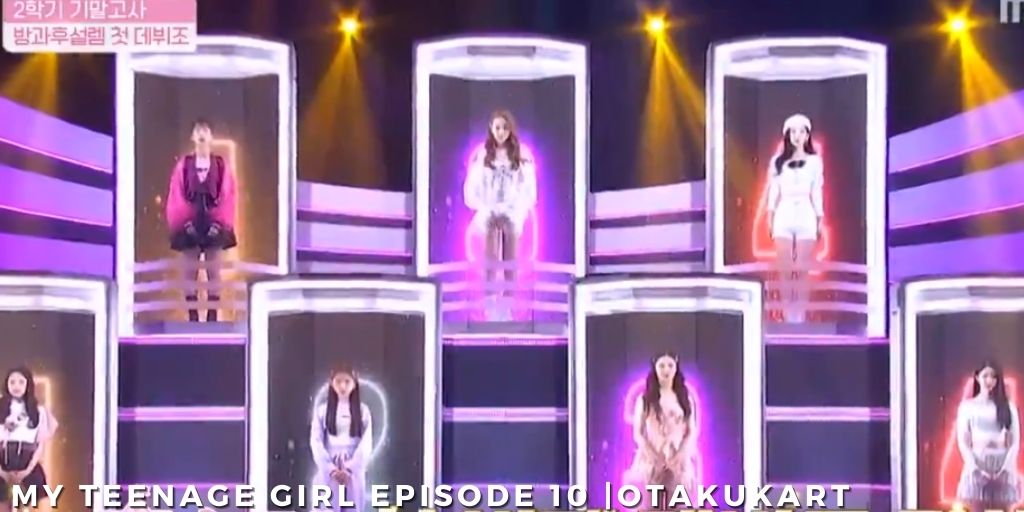 My Teenage Girl Episode 10 is just a few days away from gracing our screens! The last episode was filled with yet more amazing performances from the Freshmen, Sophomores, and Seniors team (the juniors had already performed in the episode before that). Freshmen Yoon Seung Joo, Kim Su Bin, Oh Yoo Jin, and Bohme Sara refreshed with their youthfulness while performing LOONA’s Why Not while Freshmen Choi Su Bin, Sung Min Chae, Kim Sun Yoo, and Park Bo Eun impressed the audience with their swag with Blackpink’s How You Like That.

The icing on the cake was the seniors Kim Yu Yeon, Lee Mi Hee, Kim Ha Ri, and Myung Hyung Seo’s beautiful vocals while they were performing GFriend’s Love In The Moonlight. Te other Senior members Chae Won, Kim In Hye, Song Ye Rim, and Hong Hye Joo amazed the audience with their powerful side through (G)I-dle’s Uh-Oh.

Finally, the sophomores Won Ji Min, Lee Young Chae, and Minami took the game of vocals to the next level with Girls’ Generation TTS’s Twinkle while the other sophomore team members Kim Ri Won, Lee Ji Won, and Cho Su I stole our hearts very smoothly by performing BTS’s iconic song Butter. Through this semi-final examination, the first lineup of the My Teenage Girl had been decided.

The lineup included two freshmen, Park Bo Eun and Kim Sun Yoo, a sophomore Kim Ri Won, two juniors Kim Hyun Hee and Kim Yoon Seo, and two seniors, Yoon Cha Won and Yu Yeon. These contestants will also be having a benefit through a special stage where they perform a new song called Suprise. However, will these girls be able to maintain their positions in the debut team, or will they be snatched by another contestant in My Teenage Girl Episode 10?

The contestants of the survivals show will be having a fierce competition in My Teenage Girl Episode 10 to see who will be able to bag a spot in the debut team. Before the last episodes ended, the MC of the show, Yoon Kyun Sang, had told the girls that they would be picking the members from the first debut lineup who they thought they could beat. Each first debut group lineup member would be competing against two other contestants. Prior to the sad and sudden disqualification of nine contestants, the show had only fourteen contestants besides the first debut lineup members left.

Many people had been lining up in front of Ri Won, but as soon as the song she had chosen (TWICE’s Feel Special) was revealed, the completing contestants had second thoughts. It ended up with Hyung Seo and Ji Min deciding to try to take Ri Won’s position in the debut team.

Yu Yeon would have to guard her position this time against Kim Ha Ri and Lee Ji Woo by performing IU’s Leon. Moreover, Yoon Seo will be fighting against Hong Hye Ju and Young Chae with 2NE1’s Come Back Home. Additionally, Yoon Jung and Kim In Hye will be fighting with Sun Yoo while performing (G)I-dle’s Lion. In addition to that, Hyun Hee will be up against Oh Ji Eun and Minami with Camilla Cabello’s Havana, Bo Eun would have to save her position from Su Bin and Yoon Seung Joo with Somi’s Dumb Dumb, and finally Chae Won while performing Rosé’s On The Ground while fighting Mi Hee and Lee Tae Rim.

Also, the other contestants will be forming two teams, Team A and Team B, and will also be competing. There is a lot of competition going on right now. Don’t miss out on the episode to see who wins the prize!

My Teenage Girl Episode 10 will release on 30 January, this Sunday. New episodes air every Sunday at 8:20 pm KST. After the tenth episode is released, only two more episodes will be left until we get our powerful girl group. Nevertheless, all of the contestants are outstanding and deserve to debut. That is why people have been holding on to their breath!

Where To Watch My Teenage Girl Episode 10?

The Korean audience of the survival show can watch the episodes on MBC every Sunday at 8:20 pm KST. Plus, the international audience can watch My Teenage Girl Episode 10 on Rakuten Viki too. Also, the airing time of the 10th episode is 6:20 am in the USA, 11:20 am in the UK, 4:50 pm in India, and 10:20 pm in Australia. Mark your calendars, people! 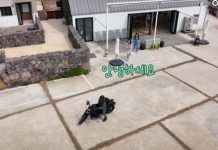 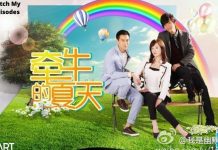