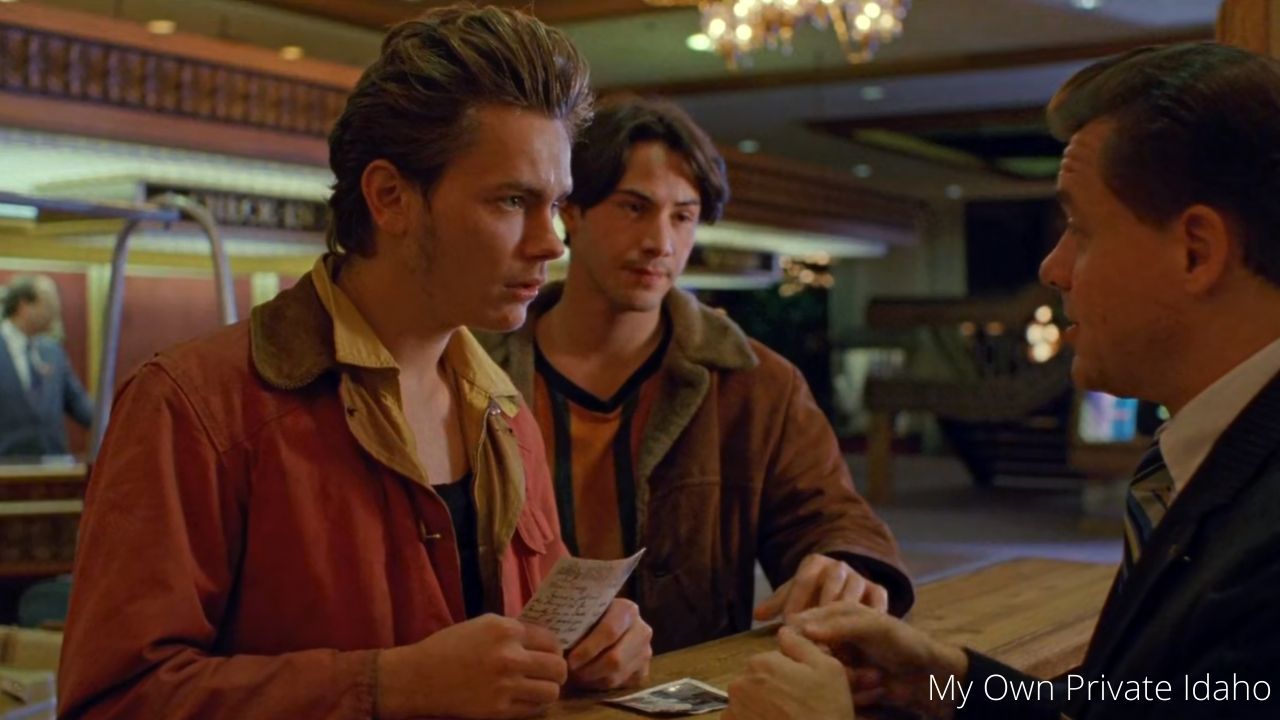 My Own Private Idaho ending got a lot of viewers wondering what it actually meant. The American hit movie that came out in the year 1991 on 29th September managed to gain a lot of popularity. It followed the genres of adventure and drama and combined them to make a wholesome package. In addition to that, the movie was a product of independent filmmaking at that time and therefore is known to be a landmark in independent filming. However, there is an interesting journey behind the movie.

The popular American writer Gus Van Sant wrote the screenplay of the movie. However, he scrapped the original screenplay around the 70s when he read a novel titled “City of Night”. According to him, the novel had a better representation of street hustlers than his screenplay. He then went on to write several screenplays that were inspired by the famous plays Henry IV, Part 1 & 2, and Henry V. When he eventually came up with the final screenplay, another problem arose in front of him. This time it was about getting the funding for the movie.

However, Keanu Reeves and River Pheonix decided to play the roles in his film. The film even managed to get a budget and was finally released in 1991. Gus Van Sant also directed the film and the film even impressed the critics. The film currently has a score of 79% on Rotten Tomatoes and a rating of 7 out of 10 on IMDB. It even managed to perform quite well at the box office as well and made more than its initial budget. However, till now, many new and old viewers have wanted My Own Private Idaho Ending to be explained in a simple manner. That is why we are here to clear all the doubts about the ending.

The Plot of My Own Private Idaho

This amazing adventure drama film features River Pheonix and Keanu Reeves in the lead roles. They portray the characters Michael Waters and Scott Favor, respectively. Both Mike and Scott are hustlers and best friends as well. We see Mike standing alone on a highway talking to himself when he dreams about his childhood and his mother. This happens due to the Narcolepsy that sends him into several episodes like this suddenly.

Soon we see him going with a new client, a wealthy woman, to her mansion. However, that women seem to have already called two other street hustlers as well. One of them is Mike’s friend Scott. While getting intimate with the woman, Mike again gets one of his episodes and wakes up in Portland the next day, not remembering anything. After having a few discussions with their mentor Bob, Mike and Scott go to Idaho in search of his mother. Mike tells Scott about his feelings for him along the road, but Scott politely declines to say he does all of it just for money. 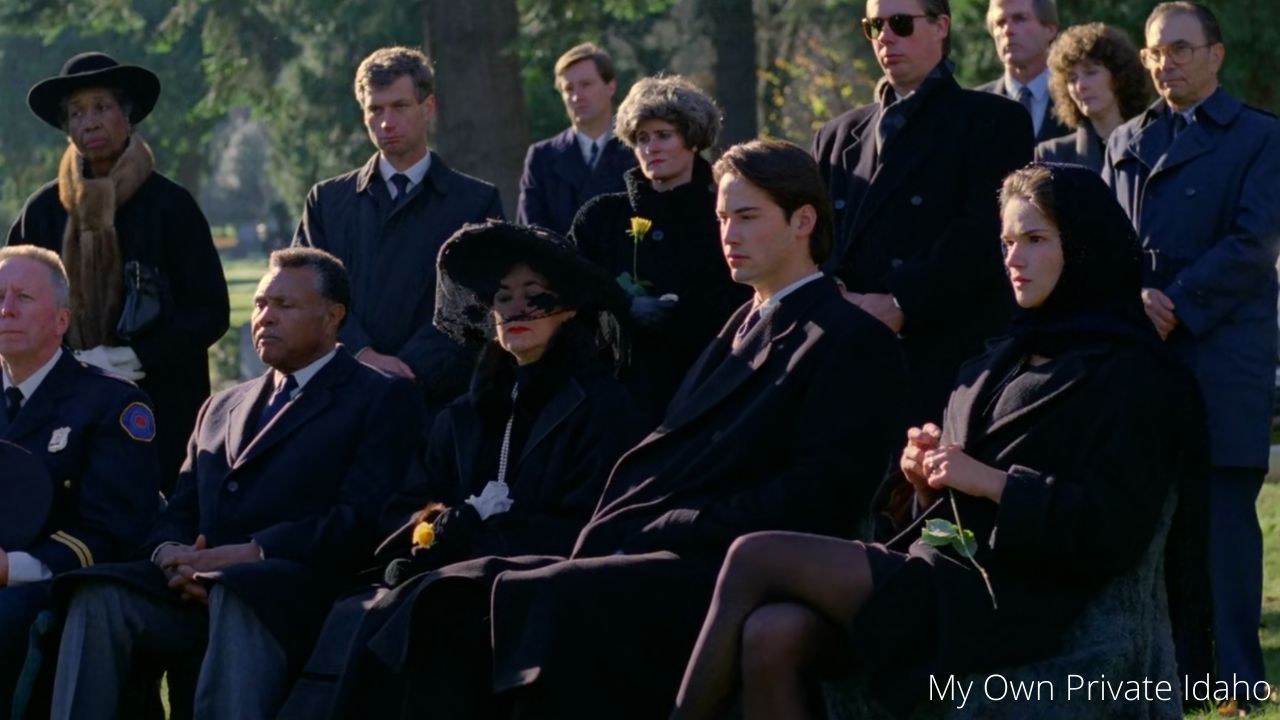 Scott at his father’s funeral

Later in the movie, Mike learns from his brother that her mother went to Italy. However, when he and Scott go there, they further learn that she moved to the United States quite some time ago. Meanwhile, Scott and the woman named Carmella, who told Mike about his mother returning to the U.S, fall in love. They get back to the States, where Scott inherits his father’s wealth after his death. At the same time, Mike is left behind in Italy and has to come back to the U.S on his own.

My Own Private Idaho Ending Explained

At the end of My Own Private Idaho, the stories changed drastically for each of the characters as we got to the end of the movie. There was Scott, who was Carmella in the United States and a completely changed man after inheriting his father’s fortune. He even refused to recognize Bob when he tried to reach out to him at a fancy restaurant. Bob’s life ended the same day after he died of a heart attack. However, what was fascinating is that Bob’s funeral took place nearby Scott’s father’s funeral in the same cemetery. It looked as if the writer decided to show Scott losing two fathers at once, one his real father and the other like a father to him at a point of time in his life. 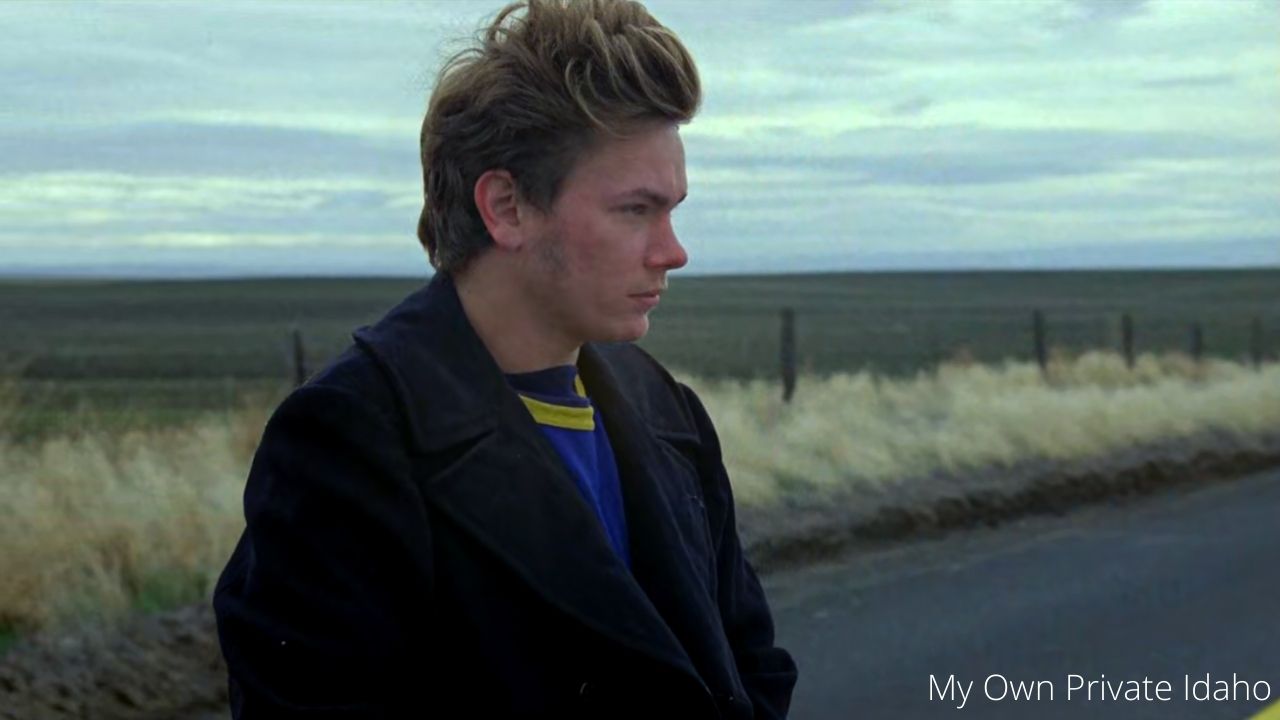 Mike on the Idaho Highway at the end of the movie

On the other hand, we saw Mike back in the United States and at the highway alone, once again. While he was there, he suffered another episode and fell unconscious. Taking advantage of this, two people on the way took away his shoes and bag. At the same time, another person arrived at the place and took Mike along with him in his car. However, here it seemed like Mike might have received some help after all. This ending felt like another fascinating depiction from the director in the case of Mike. While the first time, two people took advantage of him lying unconscious on the highway. The other person might have stopped there to rescue him as he was alone there. This was probably the most suited My Own Private Idaho Ending anyone could have come up with.

Where To Watch My Private Idaho?

There have been a lot of viewers around the world who have been wanting to watch this classic film. That is why they have often been searching about how to watch My Own Private Idaho online. “My Own Private Idaho is available to stream on Amazon Prime Video and Google Play Movies.” It is also available to buy and rent digitally on the official site of Warner Bros. and stream on Apple TV+, Vudu, and more.

Also Read: There Will Be Blood Ending Explained: What Is The Movie All About?