Spoilers: My Next Life as a Villainess: All Routes Lead to Doom! X Episode 2 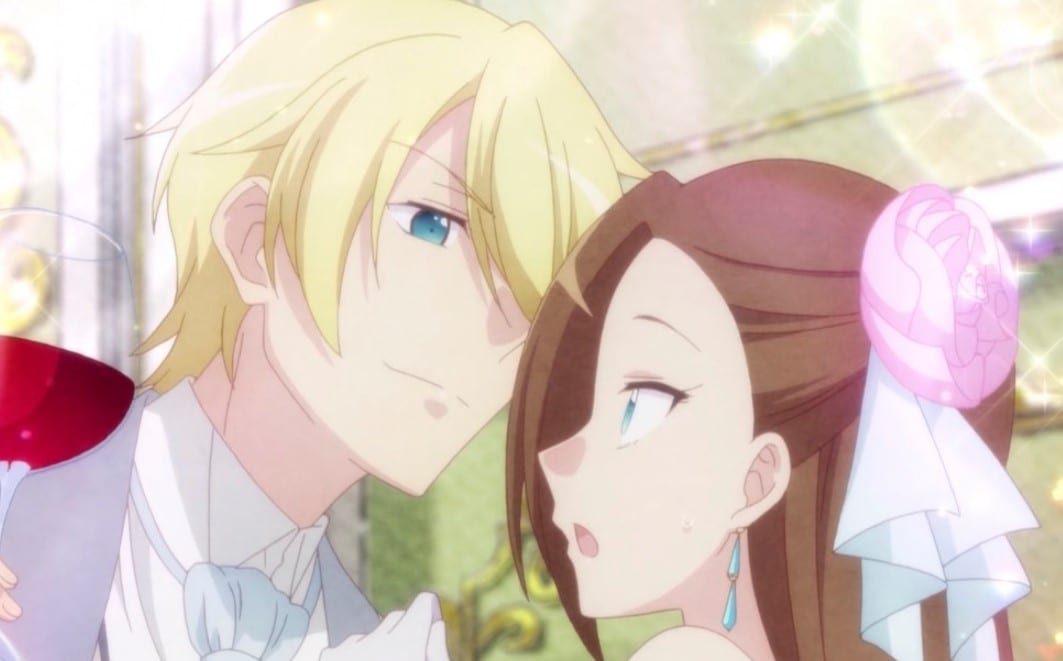 The story of a young lady who got reincarnated as Villainess in Otome Game continues in My Next Life as a Villainess-All Routes Lead to Doom! X. In the morning, a young lady enjoys her luxurious sleep while the maid cleans the room. The maid wakes the lady calling her lady Catarina, and she greets the maid saying morning Anne. Anne reminds Catarina that she can’t sleep the whole day because she has no school. Catarina reveals that she stay late last night since she was reading the newest book in the Devilish Count Series. The episode title is ” I avoided My Doom Flags, So I got carried away at the cultural festival.”

Later, Catarina heads to the fields and greets Tom, who is cutting veggies. Catarina played alone in different characters. Chairman Catarina comments that they spent a very long time fighting off those doom flags. Happy Catarina enjoys rolling around the cushion. Studio Catarina reads the news about a student who died at the age of 8 after hitting her head with something and regained her memories. The girl realizes that she is in the world of the Otome Game Fortune Lover.

Fearless Catarina is the villainess who bullies the heroine, Maria. If Maria gets together with her love interest, Catarina gets exiled, and if she doesn’t, Catarina gets killed. All her endings were terrible, and spineless Catarina improved her magic to survive if she was exiled and learned how to raise crops. The spineless one also learned how to wield a sword in case they want to kill her. Geordo became the first interest of Geordo and became Catarina’s fiance and the third prince of the kingdom. Catarina tried to call off the engagement many times to avoid her doom flag.

Previously on My Next Life as a Villainess: All Routes Lead to Doom! X Episode 1

Geordo refuses to accept breaking off with Catarina, who served as a breakwater during the game. Caterina tried to stop several engagements offers, but another love interest appears in her life, and it is her adopted brother Keith has grown to a fine man. Keith has a tough upbring and Caterina raised him with love, and he wouldn’t isolate himself. Fortunately, the boy didn’t grow to be a playboy nor fall in love with Maria. The third love interest is Alan, who is in the game but didn’t become a selfish jerk.

Alan and Geordo get along well, but Alan became Marry’s fiance. Marry, and Maria didn’t become rivals but there both in games. Catarina stole Alan’s crucial line that would have stolen Mary’s heart. Nicol became the fourth love interest and is a premier’s son with a sister complex. Nicol smiles brings everyone together, and looks like the Devilish Count. Catarina and Nicole cross paths in the game. Sophia befriended Nicole’s sister over their shared love of romance novels.

After joining the magical academy, Sophia befriended Maria. Maria is a charming person, and everyone thought all of the love and interests would fall for her. Before Maria knew anything, Catarina was taking a secret route from the game. Raphael is the guy on a private course and got manipulated by dark magic. Catarina avoided danger since her friends helped her and Acchan help her out. The game ended in the friendship ending where everyone stays friends.

Happy Catarina thinks the days of living in fear of doom flags are over. Catarina believes that they will start to enjoy love to the fullest. Catarina teleports back to her world and continues with her way to the mountains. Her parents are happy that their daughter is excited. The mother comments that Catarina is throwing her little party again. The father comments that it is nice the girl is having fun.

Catarina welcomed the spring of her second year at the magic academy. Later the school festival begins. Geordo talked about the festival, and that will take place at school. Catarina also joins him, and they spoke about the school festival. Geordo said the festival would be in the evening a ball will take place in the courtyard. The food vendors come from outside the school to sell snacks. Later Geordo and Alan met with their brother Jeffrey and the rest of the family members. The family enjoys family time and hanging around together.

My Next Life as a Villainess-All Routes Lead to Doom! X Episode 2 Release Date

Also, read My Next Life As A Villainess-All Routes Lead To Doom! X Episode 1.

Tags: My Next Life as a Villainess: All Routes Lead to Doom! X
ShareTweetShareSharePinSend
Previous Post

Joey Chestnut Net Worth & What is He Famous For?