My Next Life as a Villainess: All Routes Lead to Doom X Episode 11: Release Date & Preview 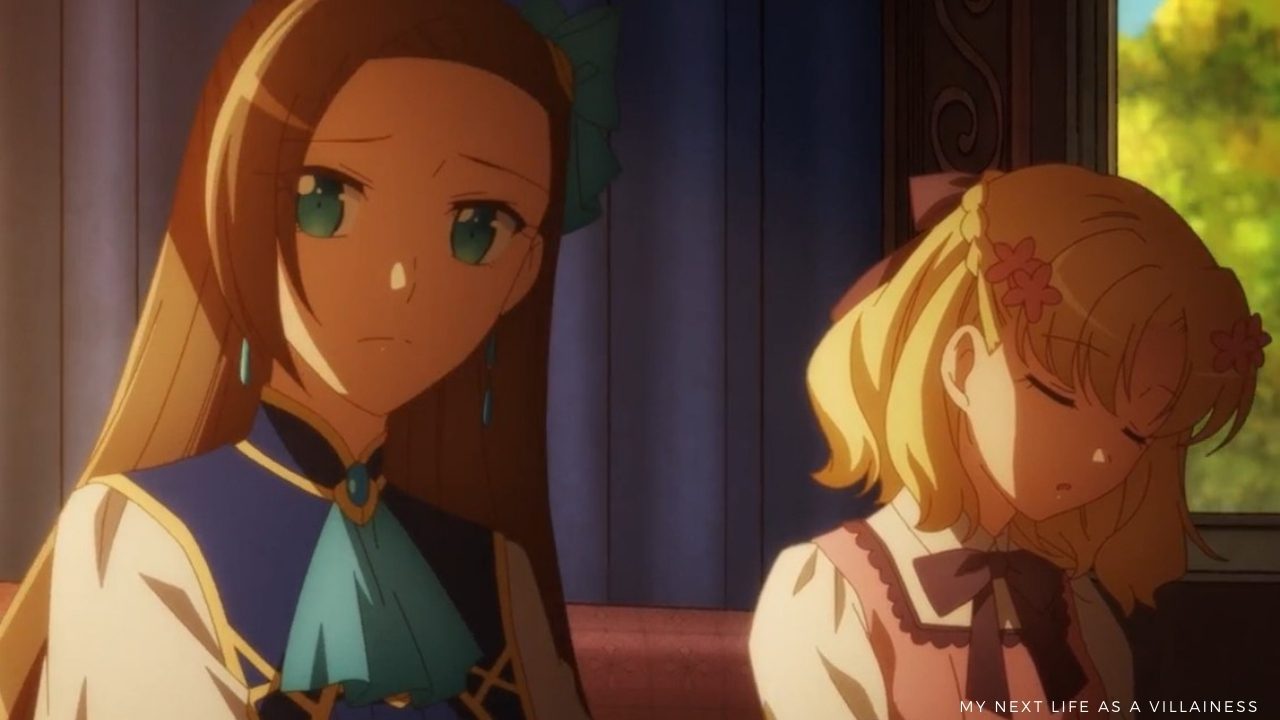 The search for Prince Keith begins My Next Life as a Villainess: All Routes Lead to Doom X Episode 11 with Keith’s disappearance and no one from the royal side knows where Keith has gone. This episode will release this Friday when the anime will make its broadcast. From the recent, My Next Life as a Villainess: All-Routes-Lead-to-Doom! X, Keith went to the royal house with Catarina and talked about marriage the involved Prince Geordo. But Keith wonders if Catarani will marry Geordo. Catarina said she is not interested in becoming royalty, and she rather chooses not to get married to Prince Geordo.

The next day Keith went missing, and Catarina begins to look for him. Keith wakes up inside a mysterious building and saw his brother Thomas. He notices that he is hand-cuffed and realizes that Brother Thomas has abducted him. Thomas begins to punish Keith since Keith was the favorite child when they grew up. Thomas reveals how he suffered under Keith’s shadow and that he took his place in the family. Catarina wonders why Keith sent that note and where he could be since he told them not to look for him in the morning.

Catarina traveled to the mansion to warn the like of Prince Geordo about Keith’s disappearance. The royals decided to spend a night in town looking for Keith. They tried looking inside different inns, thinking that Keith doesn’t want to be associated with the other Prince. Catarina got distracted after she saw shiny stuff and comments that it looks cool. Prince Geordo joins her and realizes she loves this kind of kinds of stuff. He waits for her to leave and buy that item to impress her. The episode title is “Keith Disappearance Part 2.”

Previously on My Next Life as a Villainess: All Routes Lead to Doom X! X Episode 10

Keith gave that gif to Catarina, who is surprised that he bought it for her. Catarina reminds Keith that he has been sending many presents for her. Geordo replies that they are engaged and hold her hands. He adds that she might have forgotten since she is thinking about the missing Keith. Prince Geordo wanted to be more romantic, but Prince Sora arrives and holds his has said that he found them. Geordo wonders if Sora did this on purpose to ruin the moment.

Sora replies that someone asked him to do that, and Geordo asks who that guy is. Sora replies that it is a certain someone who made a formal request through the Department of Magic. That person told Sora to assure that Lady Catarina is safe. Geordo asks if that means Sora is getting on his way. Sora replies that there is no denying that since it is the main objective. Catarina thanks Geordo for allowing Sora to guard her. In the evening, the royals went to the inn and enjoyed eating dinner. Catarina realizes that she is hungry, and she ate to the extent that it hurt her tummy.

Catarina realizes that if Keith were her, he would have stopped her from eating like that. Keith would have advised her to get a decent meal that was enough for a night. Catarina begins to miss Keith and wishes that he should have been here with others. They went to bed, and she talks with her friends about girl stuff. Larna and Raphael are doing night duty searching for Keith. Later Geordo embraces Catarina, and now a day has passed, and they can’t find Keith. Larna reveals that Keith didn’t run away, but he got kidnaped.

My Next Life as a Villainess: All Routes Lead to Doom X Episode 11 Release Date

My Next Life as a Villainess: All Routes Lead to Doom X Episode 11 will be released on 11 September, at 1:25 AM. The next episode will be the one to conclude this anime; it will be Saturday, Look at My-Next-Life-as a Villainess: All-Roads-Lead-to-Doom! X official updates are below.

Where To Watch My Next Life as a Villainess: All Routes Lead to Doom X Episode 11

Tags: My Next Life as a Villainess: All Routes Lead to Doom! X
ShareTweetShareSharePinSend
Previous Post

Kevin Love Girlfriend: Who Is The NBA Player Dating in 2021?

Anime Like Tantei Wa Mou Shindeiru That You Shouldn’t Miss