My Name Kdrama Cast and Characters: Know The Stars From Netflix Thriller 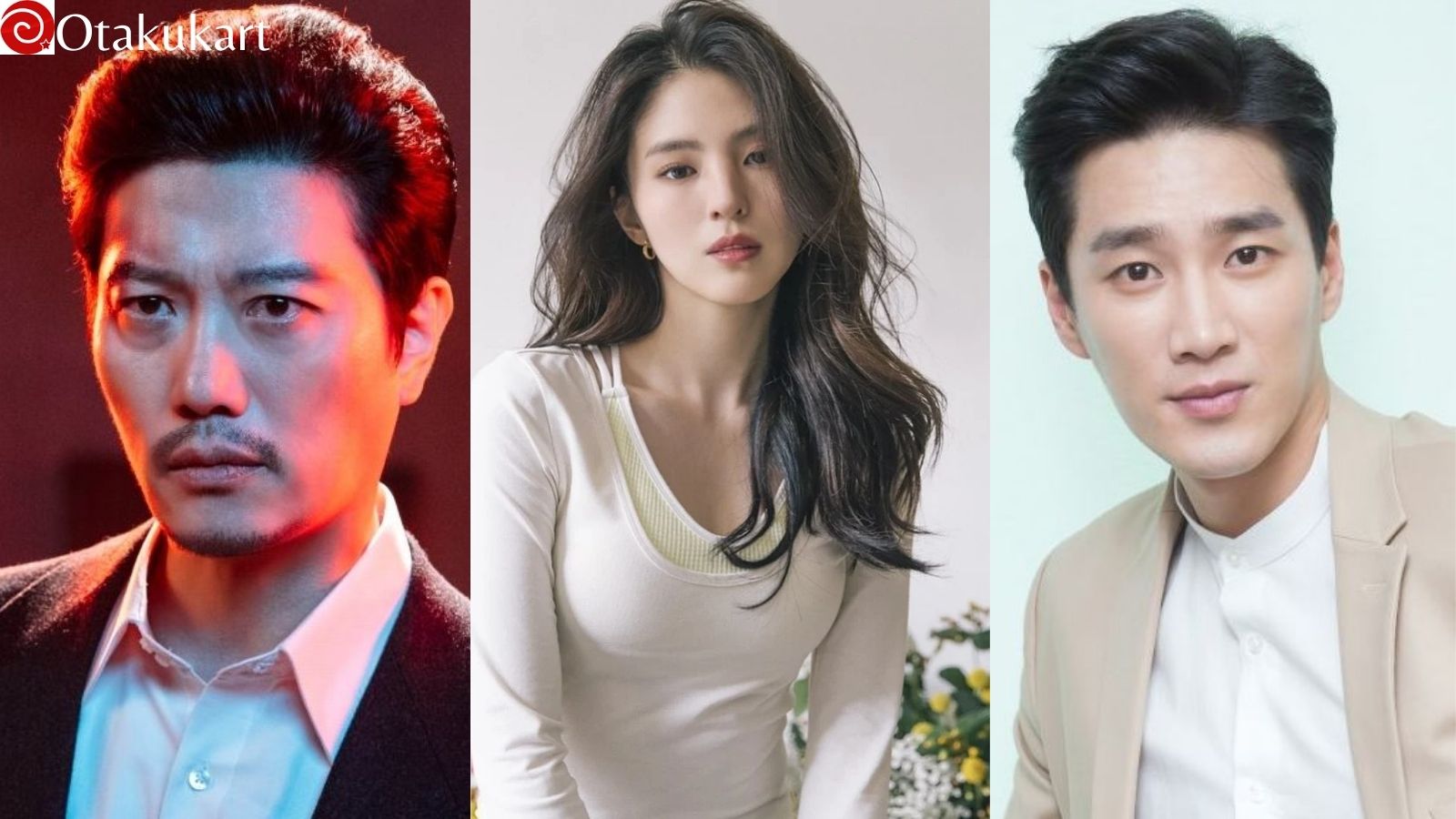 The cast of My Name

The premium streamer -Netflix- is coming out with some of the best Korean content. Currently, it’s enjoying glorious fame because of survival Kdrama – Squid Games. Moreover, recently it dropped another masterpiece, My Name, from the Kdrama land. The thriller and mystery drama is garnering enough attention to blow everyone’s mind. Plus, Han So Hee in the lead role is always a dream come true. Besides the incredible revengeful plotline, what else makes My Name Kdrama more interesting? The cast and characters. My Name cast elevated the story with their respective portrayals. Hence, today, get to know all about the cast of My Name.

My Name is a South Korean action, thriller, and crime drama premiering on Netflix. The drama tells the vengeful story of Yoon Ji Woo, who puts her trust into a powerful crime boss after her father’s murder. To execute her plan, she joins the police force.

Fans have said some of the best words about the show. Also, Han So Hee, who plays the lead female character, is getting the most appreciation. Some watchers have also cited her as the “femme fatale.” Hence, you should definitely check out the drama. My Name premiered on Netflix on October 15, 2021, with eight episodes.

But first, let us tell you more about the My Name Kdrama cast.

The main cast includes Han So Hee, who is playing the revenge-driven Yoon Ji Woo. Joining her are the male leads – Ahn Bo Hyun and Park Hee Soon. The duo plays Jeon Pil Do and Choi Moo Jin, respectively.

The rising South Korean actress, Han So Hee, is on a roll with her latest multiple hit Kdramas. My Name has given her a new recognition as a “powerful” and “bold” lead. In the new Netflix drama, she is seen with rage in her eyes as she fights men and her enemies. As the drama explores crime and the underworld, Yeon Ji Woo (So-Hee) walks side by side to get to the root of the problem.

My Name is a character-driven story, and Han So Hee ensured to indulge in Yeon Ji Woo to deliver the performance with aplomb. After her incredible role as Na-Bi, a quiet, shy, and vulnerable girl, in Nevertheless, fans were dubious of her new character. Nevertheless, she proved everyone wrong.

Han So Hee is undoubtedly pretty. However, she has recently made a name in the industry. Her acting debut was in 2017 with a minor role in “Reunited Worlds.” However, she appeared in the SHINee’s music video for “Tell Me What To Do.” Following that year, she also starred in Jung Yong Hwa’s “That Girl” music video. Her acting career started with the leading role in MBC’s “Money Flower” and tvN’s “100 Days My Prince” in 2018. Later on, she appeared in  KBS2’s “After The Rain” and  “The Hardest Part.” Moreover, she was a part of Park Bo Young’s 2019 drama- Abyss.

Until now, So-Hee had garnered quite a fandom. But, she became a household name with her role in “The World of The Married,” where she played the main character’s mistress. In 2021, she earned global success with Nevertheless, a Netflix romantic drama. And, now with My Name, she is getting closer to win more and more hearts.

Ahn Bo Hyun takes up the role of Jeon Pil Do, who is working as a police detective in the Drug Investigation Unit. Jeon Pil Do is a big rule follower and sticks by them constantly. However, he gets partnered with Yeon Ji Woo. So, what will happen after a truthful officer is paired with a vengeful woman? Yeon Ji Woo and Jeon Pil Do develop a special bond in the drama, and viewers love it. Furthermore, Ahn Bo Hyun’s portrayal as the Pil-Do is garnering immense love majorly because of his cold yet warm personality.

Ahn Bo Hyun made his acting debut in 2014. But, he started with modeling and is now a full-time actor. Also, Bo-Hyun is a gold medalist in boxing and is an alma mater from Busan Sports High School.

The actor stepped into acting with “Golden Cross” (2014). Later on, he did many other Kdramas with supporting roles, including “Descendants of The Sun,” “Her Private Life,” and “My Only Love Song.” But he rose to fame with a negative role in the 2020s Itaewon Class. Currently, he is starring in “Yum’s Cell” and will be a part of “Yumi’s Cell 2”.  With My Name Kdrama and many others lined up under his name, Ahn Bo Hyun is all set to win your hearts.

Park Hee Soon is another prominent cast member of My Name Kdrama. He is playing Choi Moo Jin, the head of the giant drug ring in Korea. He decides to train Yeon Ji Woo and get her into the police academy to fulfill her plans. But, Choi Moo Jin’s ulterior motives are hard to decipher.

Being the villain of the drama, he did a fantastic job in making people hate him. As one of the My Name Kdrama leading cast members, he outshone Han So-Hee in some scenes. Park Hee Soon’s experience really spoke in the drama even though he is rarely seen in them. He is known for dramas like “Beautiful World,” “Missing Noir M,” “All About My Romance,” and more. However, the list of movies done by him is never-ending.

The three actors constitute the main cast of My Name Kdrama, which is available to stream on Netflix. But, we are still left with some great mentions.

The supporting cast of My Name did a fantastic job of elevating the plot and storyline. Starting with Kim Sang Ho- he is playing Cha Gi Ho, is the leader of the Drug Investigation force. Choi Min Joo is Gi-Ho’s long-time nemesis, and the latter has vowed to demolish his crime empire before retiring. Kim Sang Ho recently impressed fans with his role in Netflix’s Sweet Home. Anyway, he also has uncountable dramas under his credit list, including “Kingdom” and “The Nokdu Flower.”

Lee Hak Joo plays Jung Tae Joo, Choi Moo Jin’s right hand and most trusted man. He is very loyal to his boss, and that’s is a subordinate under him. The actor made his debut in 2012, and since then, he has been a part of Kdramas and movies. Some of  his dramas are “Oh My Ghost,” “The World of the Married,” and “Sweet Munchies.” Also, he was freshly seen in the most-talked film of 2021, “Sinkhole.”

Lastly, we have Jang Yool, who is playing Do Gang Jae, a former member of Choi Min Joo’s clique. He was thrown out of the cartel after causing mistakes. But, he made sure to take his revenge on the team. Jang Yool has acted in several Kdramas like Arthdal Chronicles Part 1, 2, and 3. Yet, the fans are still waiting to witness him in a leading role.

Besides the cast of My Name, the crew has also done an incredible job of making it a hit. Netflix backs “My Name”; helmed by Kim Jin-Min of “Lawless Lawyer,” “Extracurricular, and “Marriage Contract.” Meanwhile, the script is written by Kim Ba Da, who has also penned down “Life Risking Romance, “The Hunteress,” and “Hero.”

So, what are you waiting for? Check out great performances, thrillers, action, and plots in My Name on Netflix.