Will There Be My Love from Another Star Season 2? 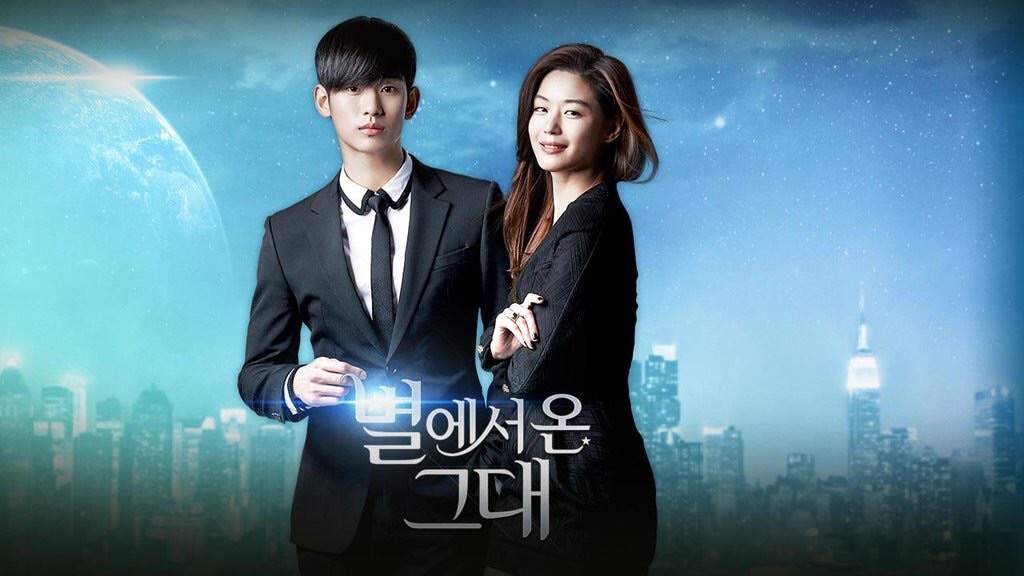 Cast Joon Ji-Hyun and Kim Soo-Hyun from My Love from Another Star (Credit: SBS)

Korean Drama, My Love from Another Star, amassed not only multiple viewers and positive reviews but also won several awards. It became famous all over Asia, garnering even international fans upon its release. Viewers still take an interest and talk about the drama, even though it has been six years since its release. The Korean drama portrays the intense love story between an alien and a famous actress in modern times has become quite a hit. My Love from Another Star premiered from 2013 to 2014 on SBS original network.

The other name for the drama is You Who Came from the Stars. The show had an original plan of releasing 20 episodes only. But, the extension took over to one more episode, making it 21 episodes. Jang Tae-Hoo and Oh Choong-Hwan are the directors for the drama, with Park Ji-Eun as the screenwriter. Now, let’s take a look over the first season of the series and whether it is returning for another season or not.

My Love from Another Star Season 1: Recap

My Love from Another Star Season 1 starts in the Joseon era. It showed Gwanghae’s first-year reign in 1609. A mysterious flying object appears in the sky on August 15. Everyone began talking about the flying thing as it is unknown to them. A young girl in a palanquin who got widowed just after being married was taken in a procession. However, the palanquin was caught in a tornado and flew over to the edge of the mountain. But, the time stops, and someone saves her just when she was supposed to fall from the mountains. A mysterious figure appears who saved the widow.

The scene shifts back to modern times, showing the mysterious figure before an unforeseen interview audience. He began telling about his origin as an alien and how he came to Earth. Yes, Kim Soo Hyun appears in the role of Do Min Joon as an alien who came to Earth 400 years back but never got to leave the palace. However, he will be able to leave in four months as a comet is approaching Earth after 400 years. Then, we also see the female protagonist of the show, Jeon Ji-Hyun, as Chun Song-Yi, who is a top model-actress. But, netizens criticize her as being ignorant and get trolls most of the time for the same.

However, the central plots revolve around Do Min Joon and Chun Song-Yi. Unexpectedly, they both are searching for each other as being each other first love. Song Yi also moves next door to Min Joon. But, they did not know about each other nicely. Through series of events, Song Yi and Min Joon began falling for each other. Song-Yi also fell from stardom as she gets accused of leading actress Han Yoo-Ra to suicide. The main villain in the story is Lee Jae-Kyung that is trying to kill Song Yi. Min Joon also reveals himself as an alien while protecting Song-Yi from everyone. He also realizes Song-Yi is the one that he is searching and waiting for for generations. But, he will also disappear soon if he does not leave Earth soon.

My Love from Another Star: Cast

My Love from Another Star portrays Jun Ji-Hyeon, Ahn Jae-Hyun, Kim Soo-Hyun, Shin Sung-Rok, Park Hae-Jin, and Yoo In-na in the leading role. They are respectively depicting Cheon Song-Yi, Cheon Yoon-Jae, Do Min-Joon, Lee Jae-Kyung, Lee Hee-Kyung, and Yoo Se-mi. If My Love from Another Star ever returns for another season, they will also return as the leading cast members.

My Love from Another Star Season 2: Release Date

My Love from Another Season 2 renewal has not taken place yet. Thus, there is also an official release date for My Love from Another Star season 2. There are no chances of renewal taking place as the season got over way back in 2014. Since then, there has been no news, hints, or information about the show coming back for another season. Renewal often takes place depending on the uncompleted finale or if the ending leaves an opening for more stories to take place. However, My Love from Another Star pretty much ended on a good note showing how much Min Joon is moving back and forth to come back to Song-Yi. Just like that, Song-Yi is also waiting for him earnestly, hoping that he will return one day.

My Love from Another Star did leave the ending open for more seasons to take place. Everything gets covered in the first season other than the return of Min Joon. But, it also shows that he is trying to come back. One day he will also be back fully. The finale seems completed. Hence, My Love from Another Star is not coming back for another season.

Anime Review – The World Ends With You Episode 1