Episode 9 of ‘My Liberation Notes’ is about to blow your mind with new and interesting insights about the events in the siblings’ lives as well as the individuals involved with them. As frosting on the cake, the fans shipping ‘Yeom Mi Jung and Mr. Gu’ crazily will get a peek of some unforgettable moments between these two love birds. Thus, stay tuned to find out!

You know, there are some shows that may spoil a wonderful narrative simply because the directors were unable to embrace the authors’ creativity at the appropriate pace, resulting in a decrease in their own fan base. When the first two episodes of ‘My Liberation Notes’ were broadcast, several fans had the impression that this show, although featuring the top performers in all professions, would not be everyone’s cup of tea due to its relatively slow pace. Well, it appears that they may come to regret it since, with each new release, the enthusiasm that this one-of-a-kind show is generating in the crowd is truly incredible. Thus, keep scrolling down to know what might happen in the upcoming Episode 9 of ‘My Liberation Notes’ that is going to be aired soon.

Once you’re finally at the place in your life where you love yourself enough to not get affected by what others think about you, we believe that’s the point in your life you’ll be most satisfied and at peace. More than someone else’s love, a person does need their own love, for that’s the only thing that would give us enough strength to liberate ourselves from the boundaries we put on our own selves every single day.

Knowing all of the aforementioned facts very well, in the latest Episode, we saw Yeom Mi Jung take a significant step toward a transformation that may truly make her life worthwhile to her. She wanted Gu to adore her in such a manner that she would come to love herself and stand for herself in circumstances where people intended to cheat on her in any way. Isn’t this exactly what well all seek yet are unable to convey in words. So, does this indicate she finally confessed her feelings for him?

Well, we all know she can never be this straightforward. Then, what really happened? Apparently, she made a point of expressing how at ease she is with Gu, but obviously in the most inappropriate yet adorable way possible. As she made certain to convince him that it is he who likes her, which seemingly is the sole reason she gathers the confidence to be genuine in front of him.

Gu, on the other hand, claimed what a fearsome man he was, yet she made him feel vulnerable, to the point where it made him feel like an idiot. He liked her ability to intimidate him as no one else could, and this may be one of the reasons he is drawn to her. The fact that after mentioning what he really felt about her, he is all ready to satisfy her unbelievable fantasy of gallantly worshipping her has literally left the audience in awe. It’s almost as if he’s telling her she should be the way he sees her. Isn’t the conversations between these two just simply satisfying? So, be prepared, dear audience, to allow the flow of love, or rather the meaning of love, to sail into your life.

My Liberation Notes Episode 9 will release on 7 May 2022. What kind of person does Mr. Gu really be? Although he did mention that he really is a scary person but did he just say that to validate his point to Yeom Mi Jung, or do we really need to be worried about his past and the future that might come along with it? Continue binge-watching to find out!

My Liberation Notes Episode 9 will be available exclusively on one of the most prominently used OTT platforms, Netflix, for both native as well as international fans. Ep 9 of My Liberation Notes will also be broadcast on South Korea’s original network, JTBC at 10:30 pm KST. For overseas fans, binge-watching times are 9:30 am in the United States, 2:30 pm in the United Kingdom, 7:00 pm in India, 11:30 pm in Australia, and 9:30 am in Canada. 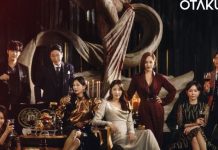 Penthouse K-Drama Cast: All About The Plot & Characters 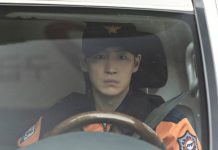 ‘Taxi Driver’ Cast: Where Are They Now?