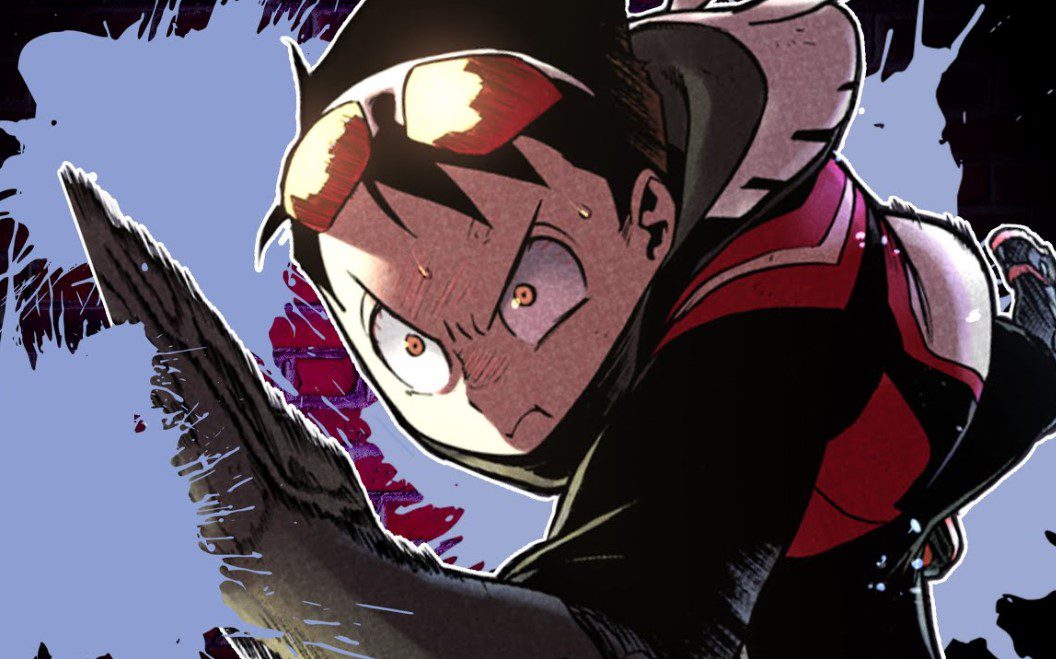 Koichi divides in midair while firing laser beams, but he has forgotten that Number Six pushes him back to the city. The citizens who were chasing Miu saw massive strikes of flashes of lightning and realized that the battle would continue in the city. Miu decreased her speed after witnessing flashes of lightning. Koichi appears midair firing his attacks at Number Six, who is at a distance. Midnight and the officers guarding Step Pop at the hospital saw those lights and wondered what was happening. Koga and Knuckleduster realize that Number Six is taking the battle back to the city.

That has shocked everyone and drawn the attention of news reporters. Koga gets up on top of the building, and Knuckleduster wakes up. The reporter appears with the helicopter and reveals the incidents happening at Naruhata. They also talked about the power cut-off and two mysterious guys running at full speed above the town. The two mysterious guys are revealed to be firing massive attacks at each other. The reporters can’t tell who it is since they can only see flashes of lightning and shadow of those two who are fighting. The chapter title is “Dogfight.”

The reporter also reveals that they are witnessing a Dogfight in midair. Koichi and Number Six continue to trade massive blows. Koichi notices that the news reporters have arrived. He thinks that if the reporter is here, it means something is happening. Koichi realizes that the news will be broadcast all over Naruhata, and the heroes will show up. We saw a shadow of All Might leading the Heroes Party, and Koichi thinks that is how the Heroes will show up. He realizes that he has to keep Number Six busy until the reinforcement arrives.

A new version of Oclock realizes that this battle has turned to another level. That version of Oclock is the one that appeared in the last chapter after his mask crack, but it has not yet been revealed who that guy is. He thinks that Operation Anonymous was a total failure, and the party will end at Naruhata. But that new version looks like All For One. Number Six receives a message suggesting that they can move to the retrieval phase since it might take time. But Number Six thinks that there is no need for them to do that.

Number Six reveals that he wants to kill Koichi will his strength since it is what he desires. That guy that looks like All For One tells him to show him what he can do. Number Six manages to close the gap between him and Koichi and fires multiple attacks that blocks Koichi’s path. Koichi realizes that he has nowhere to go, and he has to face Number Six. But something mysterious happened, and Koichi saw a skeleton fall from the sky. He wonders if Number Six is dead. But the Bomber Villains appear on the ground.

My Hero Academia Vigilantes Chapter 115 will not be released on 10 December 2021. Koichi float on midair and wonders when the Bomber Villains arrive. The Bomber Villain fused with that skeleton that was falling from the sky. The guy who looks All For One realizes that is what Number Six meant when he talked about using all of his strength. After fusing, Number Six appears in another form. Let’s look at My Hero Academia-Vigilantes Chapter 115 official details.