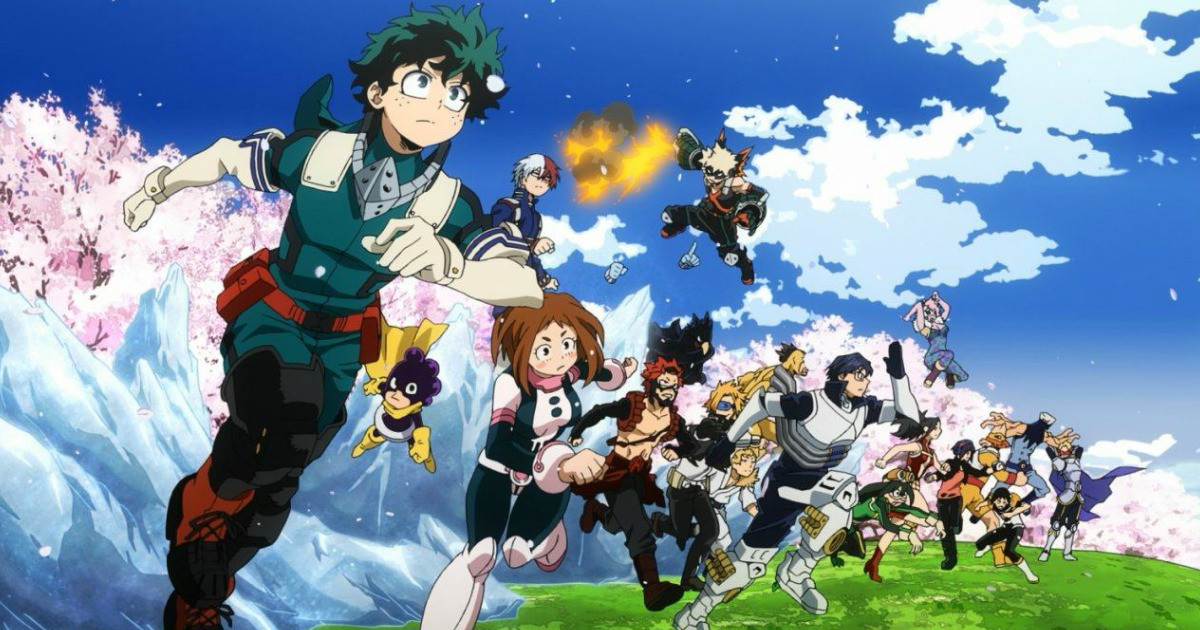 All BNHA fans, grab your heart. If you’re reading this article while standing, then I suggest you sit down. Because here comes a shocking, heart-wrenching line from the BNHA creator. “My Hero Academia should end in one year.” Is that true? It wasn’t enough to know that AOT is getting ready for its last season? Now they even want to rob BNHA from us? Even the manga seems like it’s coming to an end. Just why? All fans were left in despair when Horikoshi Kohei said this. Everything has its end. It’s that simple, and yet we deny it. Anime fans hate to see “to be continued”. But now, the way things are, we even more so hate to see ‘the end!’ But let’s not jump to a conclusion yet. Let’s find out what happens together!

My Hero Academia, or Boku no Hero Academia, is a Japanese manga series written by Horikoshi Kohei. His manga series has been adapted into an anime series, produced by Toho and Bones. On March 8, 2016, Funimation announced it had acquired exclusive international rights to the series. The plot is about a young boy, Izuku Midoriya, who is born quirkless in a world full of quirks. He was targeted by his peers, yet he dreamed of being a hero someday. He looked up to his hero, All Might. Having come across a villain, one day, Izuku met his idol, and his life changed thereafter.

Will My Hero Academia end in one year?

My Hero Academia might just end in one year. My Hero Academia stage panel at Jump Festa, 2022 event screened a special message from Horikoshi Kohei. It went like- “If [My Hero Academia] continues to progress smoothly, in just about a year from now on, it will meet its goal,” the creator shared. That’s what Kohei shared, the message continued. “That’s the situation. If it doesn’t go smoothly, I think [this panel’s MC Daiki Yamashita] will be reading out the exact same letter from me at next year’s Jump Festa.” Daiki Yamashita is the Japanese voice actor for Izuku Midoriya.

Kohei also revealed that Bakugo would play a big role in the final act of the manga’s story. With that, he hopes Bakugo fans and even those who don’t really like him will eventually love the ending! In an interview with Shueisha’s Jump Giga Magazine, April 2021, Kohei revealed that reaching the end of the manga has been much longer than he first anticipated. The manga is still on track for its ending.

In March 2021, Weekly Shōnen Jump announced that the manga had entered the ‘final act’ of the series. Indeed, chapter 306, titled ‘The Final Act Begins’ was released. Read again! It says ‘final act’ and not the final story arc! Because the first act, or saga, lasted for nearly two years, including nine-story arcs, even the second act as well. So, it may happen that the final act stays for nearly two years, too?

Also Read: How Many Chapters are there in My Hero Academia Manga?

Let’s analyze this. Kohei, through Daiki, said BNHA might end in one year. But only if things go ‘smoothly!’ He also mentioned that if not, Daiki will again come to the next years’ Jump Festa with a letter from Kohei. Then the mention of the story acts. If possible, even the final act may continue till 2023 or even mid-2024. Then there’s also a possibility that we can still enjoy for another year, no?

Not to mention, there are fans. Some fans may be excited to see its ending. I wonder what types of fans would want that. But anyhow, there still may be some who wouldn’t, right? So, with due respect, what if Kohei extends the story to some extent? Not that it will do any good to both Kohei and the story. But there’s nothing wrong in being a little more positive, right?

While at it, there are also things fans might be eager to see. Wonder what they are? Think about it. Midoriya and all his classmates are still in high school. Seeing them graduate will be so much fun. Wonder what their adult versions be like? Fans can only wonder. Wonder on the creator note. Wonder on hints. And even wonder on their own. We cannot ultimately jump to conclusions. We should and must support whatever comes through. Truth to be told, we don’t really want it to end, though!