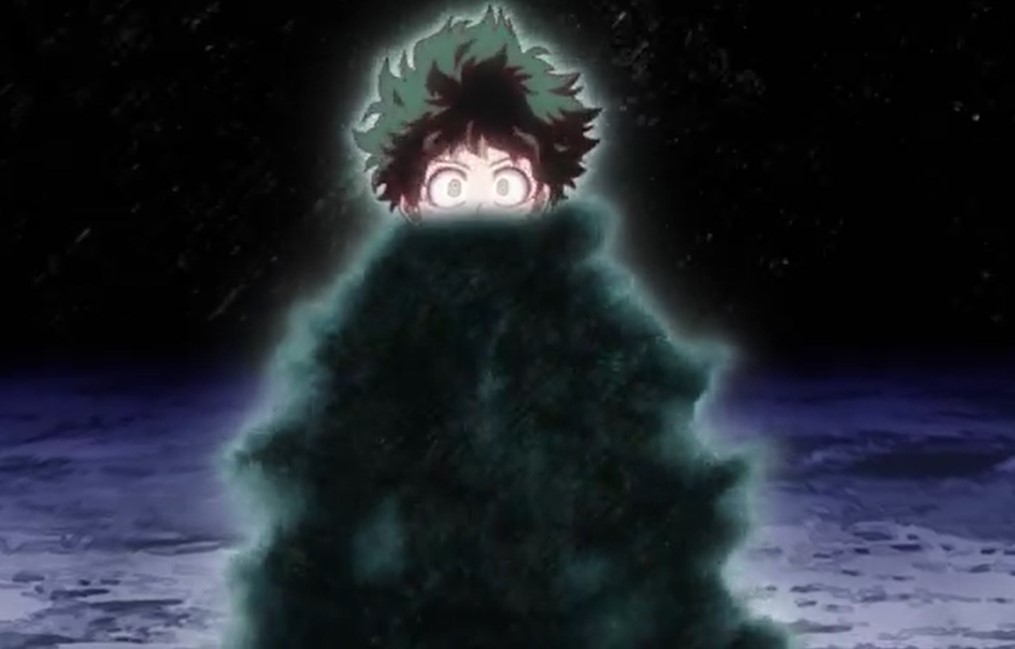 After defeating the Nomu, the Number One Hero is admitted to the hospital. Endeavor recalls the last time he encountered Dabi. That day Dabi unleashed his flames and circles them around them. He comments he is aware that Endeavor will be here. Endeavor comments The League of Villains, Dabi, and Hawks was helping him. Endeavor comments that he has heard that Dabi has killed Snatch. Dabi replies that it is not important, but they can talk a little bit.

Hawks notice that Endeavor is struggling and decides to face Dabi. He told Endeavor to rest, and he will use the last powers of his feathers. Dabi told them to relax since he has just come here to get that Nomu. But he attacks, claiming that there is no way he can be beaten with wounded heroes. Pro Hero Mirko or Tiger Bunny appears and slams the ground with her kicks, commenting that she has heard about the part of the League. She told Dabi that she would kick his butt.

Dabi comments that things were getting interesting. Dabi spits some mysterious power and comments that he will see Number One later. He promised that they would get a chance to talk someday, and he must not die. Tigger Bunny tried to kick Dabi, but he vanishes, and she missed smashing him. She looks at Hawks and Endeavor, asking if the power that makes Dabi vanishes is the same as that thing back at Camino. Hawks comments that it looks like this case is over, and Endeavor replies that this is the beginning.

Later, Hawks met with Dabi and put uses his Quirk: Fierce Wing to put a blade wing on Dabi’s neck. He asks Dabi if they can cooperate since the plan was tomorrow at a warehouse by the coast. Hawks questions Dabi about the Nomu that nearly destroyed the city. He wonders why that Nomu was on a different level than the one that they usually see. He asks Dabi to tell him everything, and Dabi replies that he has changed his mind. Dabi reminds that he told Hawks in advance that it will be a Nomu performance test.

Hawks also asks about the strong guy that Dabi will bring. Dabi replies that Number One was not a good test. Hawks wonders why Dabi is attacking Number One when Number One is injured. Dabi comments that it is unreasonable to trust Number Two Hero-Hawks. He asks why no one has died today, and he finds it hard to believe that it was because of the man who asked for their cooperation—hawks reasons with Dabi. But Dabi reveals that he can’t let any hero see the boss and left saying he will keep in touch.

Later, Hawks talks with the high-ups about Gran Torino and getting accepted by the League of Villains. They also talked about the last battle and that they need more information about the bioengineered human. They wonder if that bioengineered human can be made using All For One’s power. If they don’t learn anything about the League of Villains, they will keep on making the same mistakes. Hawks asks if he is working with the villains should he let them cause harm.

The high-up’s reply that they are doing this because they know that Hawks can’t ignore them. In the present day, Hawks visited Endeavor in his hospital room. Deep down, he apologizes, realizing that he has to work with the villains to take them down. Endeavor is not aware that Hawks has a connection with the League of The Villains. Meanwhile, Dabi recalls how he killed Snatch, who reminds Dabi about his family. Dabi realizes that he remembers everything about his family and how he left them.

The Successors of One For All

After few days, Endeavor has been discharged from the hospital. Hawks notice the burn mark on Endeavor’s left eye and comment that it is good he still has his left eye. He apologizes, saying that it is his fault, and Endeavor replies that his actions are his responsibility. Hawks replies that when he gets injured, he can use that line, too. Endeavor wonders if it is a coincidence or not since that Nomu has appeared the same day they arrived.

Hawks realizes that he knows the truth, and he talks about something else. He part ways with Endeavor, who told him that he would see if he is taking a break. Later, Endeavor reunites with his son and daughter. Shoto looks at his father and comments that it is a bad scar. Later Deku had a dream where he is teleported to the vestige world. He met with the vestiges of One For All. He realizes that they are eight people excluding him. All of them are the successors of One For All, and he is the ninth person.

All For One appeared and told his brother to come with him. All For One’s brother comments that All For One is wrong. All For One shows his little brother men with meta powers ad gives them powers to help him. Deku wakes up after communicating with the first successor. He looks at his hand and finds that the power for One For All is glowing.

My Hero Academia Season 5 Episode 3 will release the latest new episode on Saturday, 12 April March 2021, at 5:30 PM. My Hero Academia is available online on  AnimeLab, Crunchyroll, and Funimation. Take a look at the preview below.

You can also read how Izuku and the other heroes have arrived at the U.A. High on My Hero Academia Season 5 Episode 1.