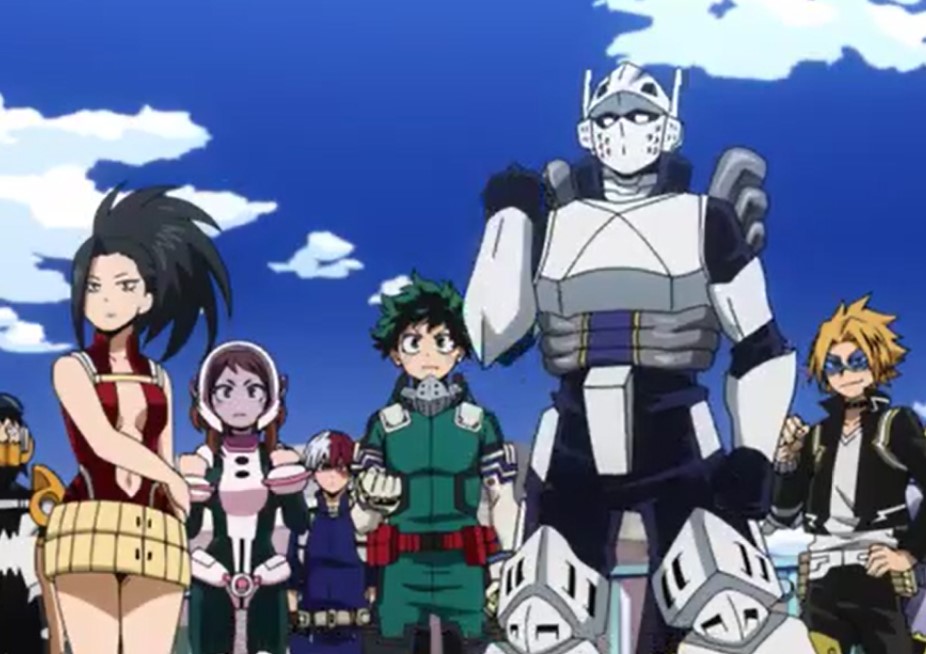 My Hero Academia Season 5 is on a weekly break and will return on Saturday. Let’s look at the recent updates of the latest episode. The mysterious plans behind Tomura and All For One will get revealed soon. Tomura is free and has already destroyed Deika City while his master All For One is still in jail and scares the guards by his words. The young Hero Izuku Midorya finds the truth behind Deika City from the news channel. He decided that he will work hard to prevent such incidents from happening. My Hero Academia season 5 will conclude soon after ten episodes.

In the past few weeks, Pro Hero Hawk is flying alone, thinking about the battle he helped the Number One Hero beat the Nomu. The residents saw something like a jet flying and realize that it is their Number Two Hero-Pro Hero Hawks. The citizens believe that their favorite Hero might be talking to one of his chicks. The asks him if he is hitting on girls and Pro Hero Hawks replies that it is a secret mission and continues to take with the villain who wants to eliminate the Number One Hero, Endeavor. Hawks decided to act like a fool to get information about the League from the villain.

Dabi is seen somewhere in the city replying to Pro Hero Hawks calls. Dabi realizes that Pro Hero Hawks is his secret weapon to get to U.A High and to get Endeavor. The two talked about their plans, and Dapi comments that this is Hawks’ last chance to prove that he is loyal to the League of the villains. The villain also talked about Endeavor. The two cut off their communications and Endeavor reports to the higher-ups at the academy.

Pro Hero Hawks reveals everything that the villain from the League of the Villains told him to his employers. Hawks realize that they have to hide their conservation and suggest using code when they communicate. He also said they are about to find the hideout of the Nomu and League if they cooperate well. Later, Pro Hero Best Jeanist opens for Pro Hero Hawks and welcomes him in his house. The episode is titled ”Off to Endeavor’s Agency.”

Later, Hawks arrives at the location; he agrees to meet with his partner in crime, but the guy didn’t show up and wonders if it is the change of plans. Hawks look at his cellphone and notice that there is no signal in Hero’s work. Hawks employees haven’t sent him anything about the Villains of League. The Hero head somewhere and flies using his Quirk, holding a bag with something hidden inside. In the present time, The day of New Year’s Eve and the young Hero Izuku Midoriya thinks about visiting. 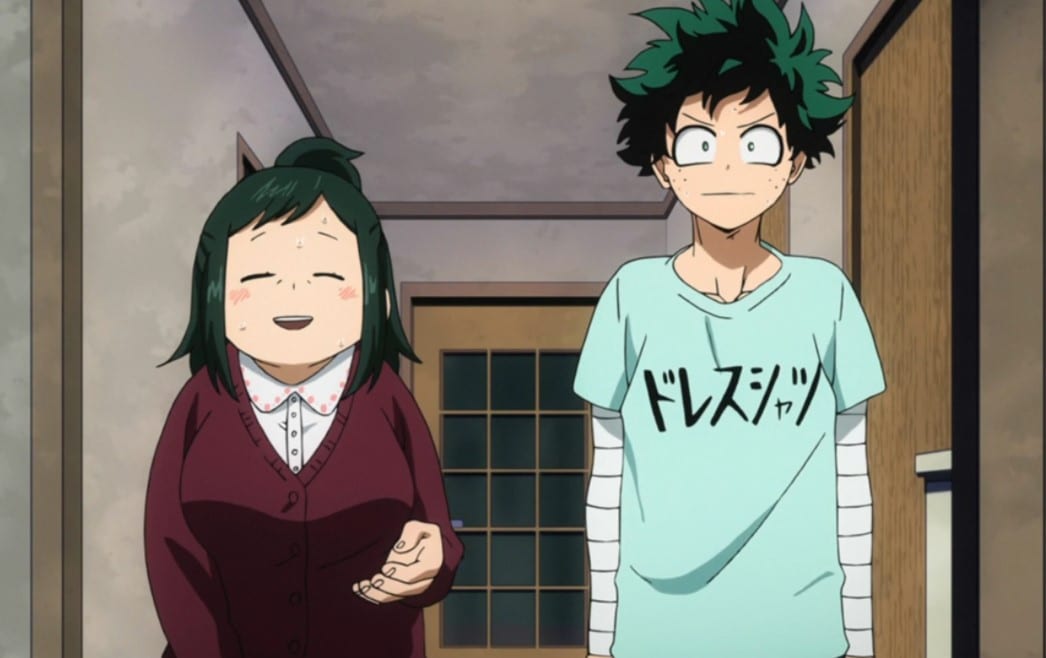 Izuku is worried about the changes in the dorm system, but Pro-Hero escorts the youngsters to their homes to spend a day with their families. Later Izuku Midorya arrived at his home and enjoyed his holiday with his mom. They talked about Izuku’s friends and other students. Izuku reveals that the team helped him through combat and suppress the powers of One For All. Inko unleashes Quirk: Foam Foam worrying that her son is doing his beat. Inko comments that Izuku’z story sadens her heart. The two talked about Eri, and she wrote a letter for Izuku thanking him how he helped her with other Heroes.

Eri loves to call Izuku Mr. Deku, and he is glad that she opens up and Inko cried since Eri’s words touched her heart. Izuku worries that the family beneath them will think that their roof is leaking since Inko is ”crying” too much. Inko reminds Izuku how she raised him and how he copied All Might to protect everyone while getting injuries. They both cried after they open up to each other. The tears filled the room and rained over the window.

The next day Inko escorts Izuku to the bus station to return to U.A. high. Izuku traveled on a bus and said he was Off to Endeavor’s Agency. Meanwhile, Hawks used Quirk: Fier Wing and arrived at the H.Q. Pro Hero Sliding Go welcomes Number Two and complements him. The young Hero arrives at school and meets with Endeavor, who is ready to work with them. Later, Endeavor receives a coded message revealing that the target is the liberation army.

My Hero-Academia-Season 5 Episode 15 release date is 10 July 2021, at 5:30 PM. My Hero Academia is available on  AnimeLab, Crunchyroll, and Funimation.

Also, read Blue Reflection Ray Episode 13 Delayed – Everything About It.