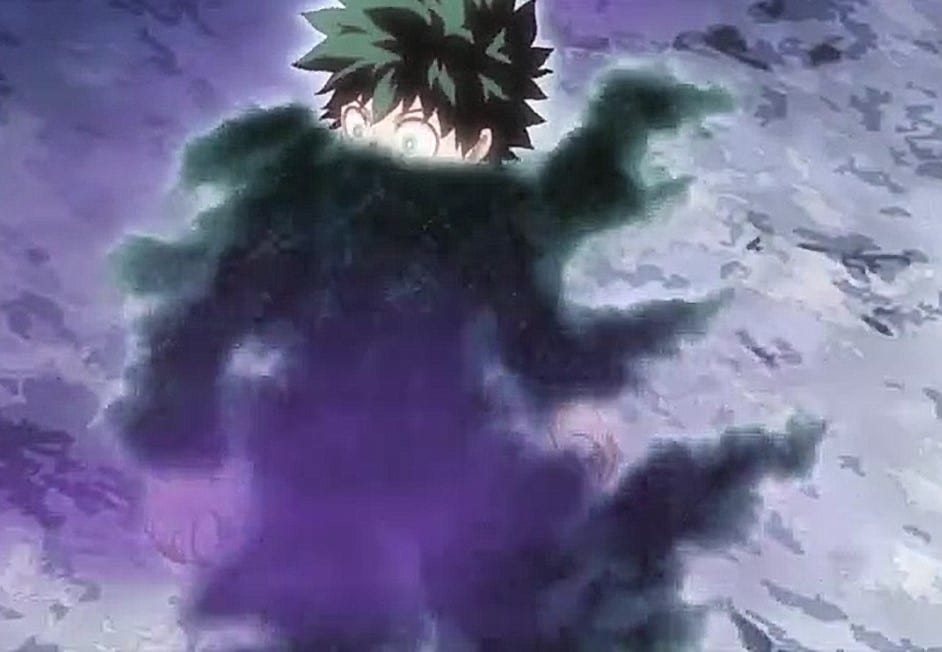 The combat training between Class A and Class B continues. In the fourth match, Bakugo and his team had an overwhelming win and got Class A to the top rank of the competitions. Pro Hero King Vlad announce the beginning of the fifth match as the last match of the day. Meanwhile, at the jail where All For One has got captured, the guards talk about Gigantomachia. The other guy comments that it is no like a villain becomes a hero by killing humans.

The second guard comments that Gigantomachia is the subordinate of All For One. He also reveals about the League of Villains led by Tomura Shigaraki. The guards are worried that they don’t know where other villains are hiding and what they might do next. The first guard replies that they have to keep an eye on All For One without making mistakes. Suddenly All For One surprised the guards by talking with them. All For One comments that his memories are making his body ache.

All For One told the guards that he can hear the voice of his brother. The guards are scared, wondering what All For One can do but then they are relieved that he got chained with a chair. Back to the combat training, Izuku uses One For All Quirk and dashes towards the battlefield. He is leading his team, and they have discussed how they will counter their opponents.

Pro Hero All Might and Midnight receive a phone call, as they want to witness the best moment of Izuku during training. Midnight told All Might to turn the phone off. All Might notice that it is Gran Torino and replies that he has to answer the call. Gran Torino talked about Izuki Midoriya’s dream. All Might told Gran Torino that they are in the middle of the class match. Gran Torino asks if Shimura said anything about the relics of One For All.

All Might listen to Gran Torino, where Shimura inherited One For All Quirk. Gran Torino reveals what Shimura told him in his prime time. Shimura told Gran Torino that she had a dream of seeing a dark, fuzzy shadow that looked like a man stood in front of her. The Shadow told Shimura that ”The time has not yet come.” After the call, All Might realizes that it means time will come someday. He looked at the big screen and noticed that Izuku is doing his best. 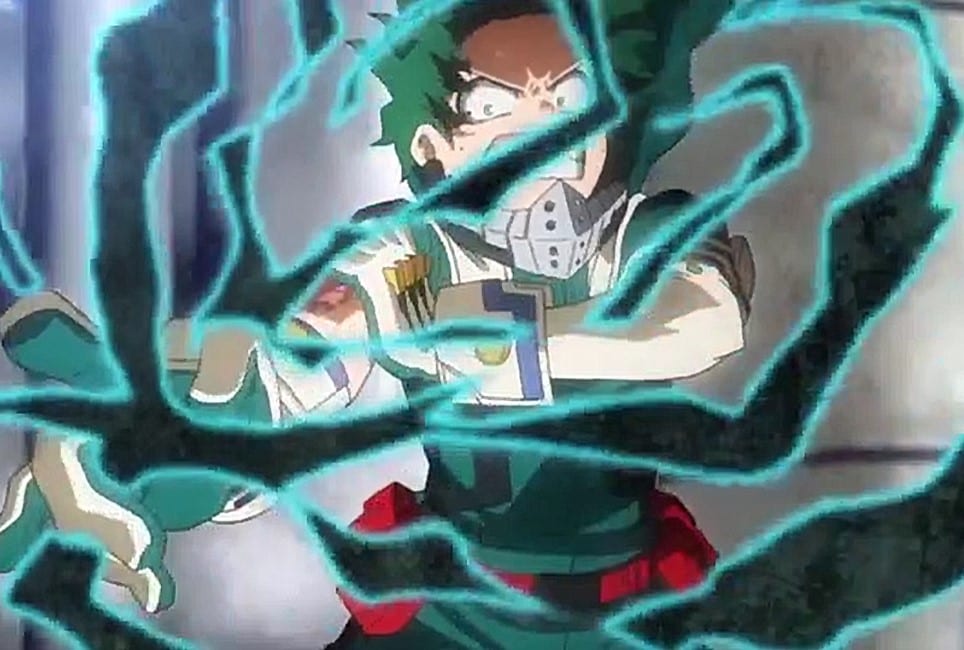 Monoma said a hero must act like a hero, even in public or at school. Tenaya notices that Izuku’s team formation looks like what Bakugo’s team did in the fourth match. Izuku managed to dodge Yanagi’s Poltergeist and find Monoma standing in his way. Monoma comments that he is not worried about Izuku after seeing Bakugo fighting. Izuku uses Blackwhip to block Monoma’s attack. Izuku notices that Monoma might have copied Shinso’s Brainwashing Quirk.

Monoma tries to scare Izuku that Shinso will pulverize Izuku’s teammates. Izuku started firing bullet shots, and he realizes that Monomo is trying to figure out where his friends are. Izuku’s full power for One For All triggers, and All Might realizes that the time is now. He notices that he is losing control of One For All and tells Shinso to run away. Izuku’s powers started to attack everyone around the battlefield. All Might tells King Vlad and Shota Aizawa to stop Izuku, and something is off. 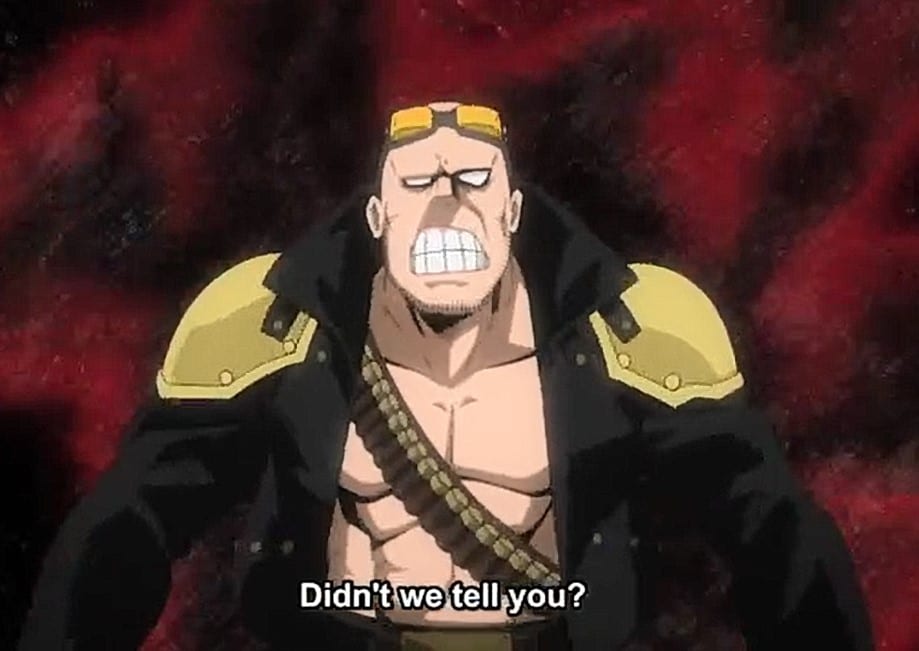