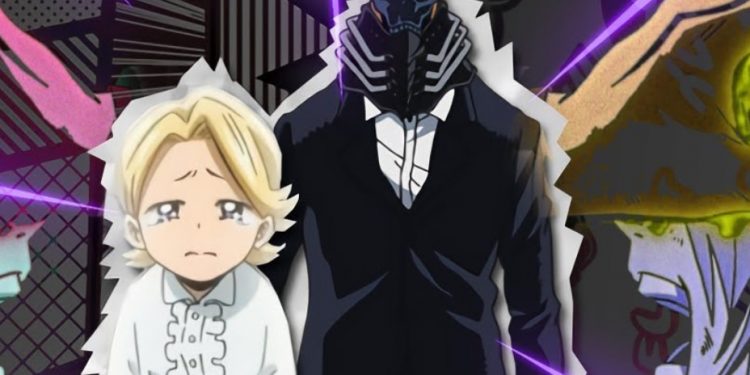 My Hero Academia Chapter 341 returns after delaying the manga’s latest chapter. My Hero Academia’s latest chapter reveals the continuation of Aoyama’s case, which is considered a traitor. Aoyama has been guilty of working with All For One, but the Pro Heroes understand his case. The previous chapter reveals the plans of Pro Heroes and the intel that All Might and Hawkin have gathered, leading to the war that would break out soon. Since Pro Hero Erasure was handling it, Aoyama’s case has turned in another direction, and Erasure wants to outroot it. He knows that he is not trying to punish Aoyama but wants to free him from All For One.

Erasure knows how to help Aoyama, but he wants to learn more about All For One and his next plans after hearing what Aoyama has told them during interrogation. Aoyama’s story has given the Pro Heroes another direction that helped them develop the plan to defeat the villains. They know that All For One and Tomura are buying time for recovering, and it will be an all-out war. The Pro Heroes like Fat Gum are also helping the citizens while smashing the rampaging Heroes.

After hearing Aoyama’s case, the student has learned something, but they must help him. They know that Aoyama is not 100% on what he wants since everyone fears All For One. But they are confident that Erasure will handle the case well. The truth behind Aoyama’s case is about to be exposed since the Heroes has gotten deep in it and found something helpful. All Might Hawkins and other Pro Heroes play an essential role in this case and plan to take the villains down. Let’s learn what All Might, Hawkins, and Esarure have learned from Aoyama.

Previously on My Hero Academia Chapter 340

The chapter title: “The Story of How we became Heroes, Part 3.” The charter started at the office, where we see All Might and Pro Hero Hawks revealing what Aoyama told them. They decided to decrease the of Heroes involved in executing the plan. The pilot leader also joined the conversation and wondered why All For One didn’t show up when Tomura Shigaraki fought with America’s Number 1 Hero Star and Stripe. All Might reveals that All For One avoided getting affected by the New Order, and they wouldn’t be confused with the “names.”

If they want to take Tomura Shigaraki away from All for One, they must lure potent villains in each group and face them one-on-one. But Aoyama is a key to that plan. Tsukauchi is skeptical and wonders how that will affect Aoyama. Aoyama knows what scared him, and he told the others that besides All For One, he is not afraid to shine brightly like the others, including his friends. Aoyama realizes that he is scared to reunite with his friends since All For One might do something that would make him betray his friends again.

He knows that getting out of All For One’s trap is challenging. Pro Hero Erasure realizes that he must help Aoyama and get rid of that fear that allows him to be controlled by All For One. He said that Aoyama’s crimes would not be erased despite the situation. But he can’t guarantee that Aoya would stay at U.A high after the war. This has happened before Mt Lady, and the other Pro Heroes head out to search for the villains.