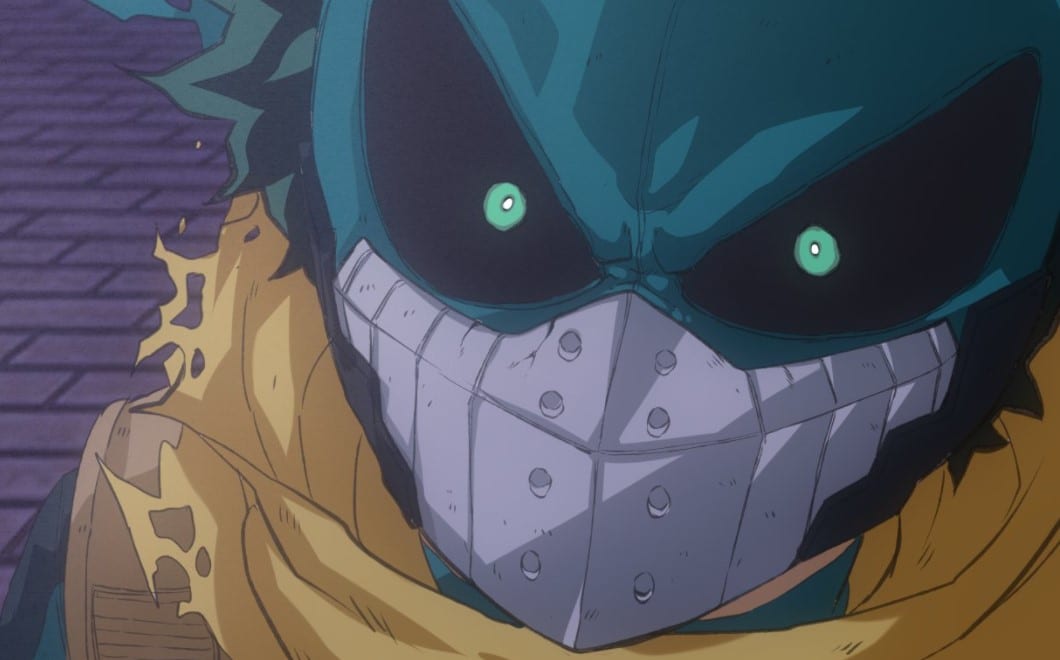 My Hero Academia Chapter 319 is on a weekly break; we will be looking at the latest. Deku has decided to act alone since he is afraid to endanger other Heroes or citizens. All Might is surprised that the young kid he raised has become a fine man to take care of himself.  Deku told All Might that he can protect himself and there is no need for Pro Heroes to worry. The latest chapter begins with Number One Hero, Endeavor talking with Izuku. Endeavor told Izuku that there are changes in their plans. My Hero Academia’s recent chapter is titled ”Reckless.”

Endeavor reminds Izuku to stay low, or they might get in trouble since he has been running around lately. He also told Deku that he is the key to their plains, and they can’t let him get caught. Izuku replies that he is doing good and he can’t rest and allow the villains to roam freely. The young Hero has decided not to give the villains a chance to prepare. After the communications cut off, the Ninth Successor of One For All talks with Deku and the other Quirk wielders, Izuku notices that the Ninth is still injured, and he must relax for his wounds to heal.

The two felt something, and they both look back. Cut to the vestige world, One For All Successors held a meeting talking about the upcoming plans in the other world. Inside the room, Hikage Shinomori, Nana Shimura, Daigoro Banjo, En, and Yoichi Shigaraki have assembled to talk about the young Hero Izuku Midoriya. The Seventh wielder, Nana Shimura, worries that the young kid is taking all the burdens to his shoulders. The Fifth User, Daigoro Banjo, reminds other wielders that the kiddo knows everything about One For All.

The meeting between the Successors continues, and the Fourth user Hikage Shinomori said that the powers of  One For All made Deku act on his will. The Ninth adds that the kid wants to protect everyone as a Superhero. Ene and the Sixth said Deku is making the right choices, and Ene believes everyone who possessed Quirk: One For All will do the same as Izuku. The meeting ends after they notice that Izuku is in a brawl with strange villains. Cut to the battle scene, Izuku fights with the villains who were torturing the citizens.

Izuku blocks the attacks from the villains who attacked the lady and a man nearby. He attacks the enemies using Blackwhip, and a young lady wonders how the young Hero is using multiple Quirk to fight with the villains. The villains decided to run away since they have no match against the Hero. Izuku asks the woman if she is fine, and the lady replies that she is not hurt. The citizens wonder how the young Hero can wield so many Quirk alone. They ask the Hero if he is All For One’s underlings, and Izuku replies that he is not related to All For One. 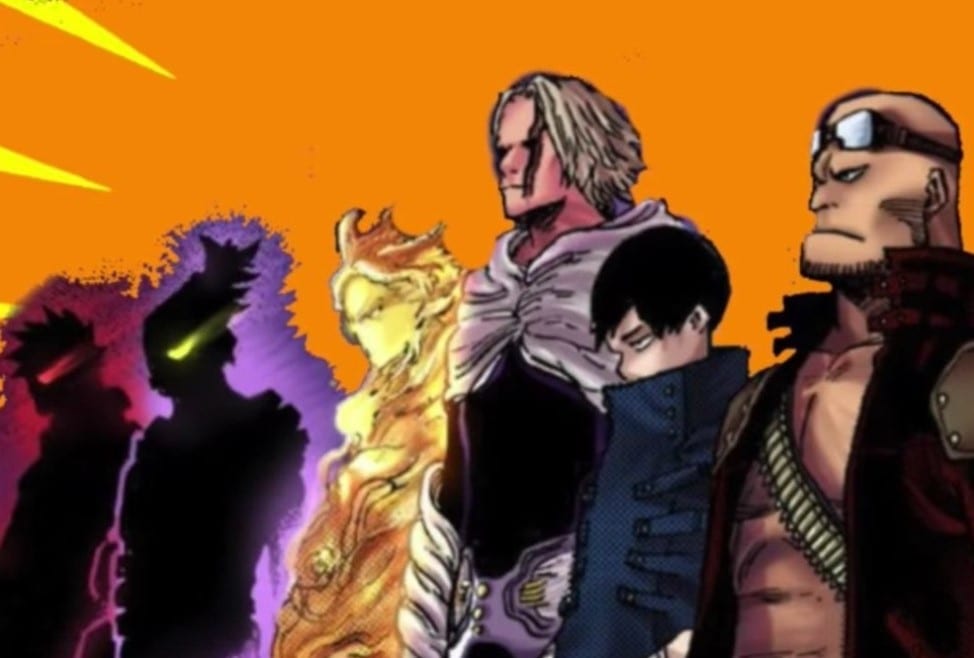 One For All Successors

Izuku wonders what All For One is up to and where the villains could be hiding.  Deku realizes that it is time for him to stop Tomura Shigaraki and the League of the Villains. Izuku remembers the last time he met with All For One, who told Izuku that All Might’s time is over and that it is Izuku’s time. Izuku believes that no villains will ever harm anyone if he gets 100% of One For All. The young Hero believes that at 100% of One For All, he will become like Pro Hero All Might, who was once the most feared Hero by the villains.

Izuku wants to live a peaceful life with everyone around him, and the citizens must not fear anyone. Later he arrives at another location where he begins to battle with the villains. A strange guy that looks like a villain appears to encounter Deku. The man told Izuku that Izuku is like ”him” while standing in front of the All Might statue. The guy also said the Izuku is the way ”HE” described him. Izuku notices that the guy is the Dictator. The Dictator is another hired sniper who escaped in Tartarus and another hired sniper.

The guy decided to take down Deku since he got promised that he will earn freedom. His master told him that if he captures Deku, he will set him free, and Izuku replies that he will beat him and reveal All For One’s here out. The citizens begin to fight with Deku, who realizes that the Quirk makes the citizens attack him. The villain is using Quirk: Deposit to control all the citizens around his location. Pro Hero Hawks arrive and free Deku from the citizens that try to fight him. Hawks unleashes Armor Piercing Shot to pull Deku and told the other Pro Hero’s that he is with Deku.

My Hero: Academia Chapter 319 release date is 11 July 2021. You can read My Hero Academia for free officially on VIZ and Shueisha’s Manga plus.