Kohei Horikoshi is not letting his manga fall back down on any account. In every chapter, he makes sure to add steaming details that send chills through the spines of the readers. For anyone who found Deku a whimpering kid at the beginning of the manga, well, the last few chapters are a big surprise. Horikoshi is declaring that he wants everyone to watch and remember Deku for a long time. Given the recent development in the story, as well as the character arc of Deku, seems like we are in for a long teary, and intense ride. I love how the story is switched to the darker angle and it is no more about a high school kid making memories. It has accelerated to something far beyond and darker than that phase. My Hero Academia chapter 317 speaks loud and clear that things are getting serious.

On June 20, 2021, the 317th chapter of My Hero Academia came out. The situation of the world at present is given a brief look. Previously we saw Lady Nagant and Chisaki come face to face with Deku. The fight did not end well for the villains but at the same time, Horikoshi makes sure to make us sympathize with them. To be honest, I love how the mangaka knows how to tease our emotions by using his characters. He makes our foundation of ethics shake by showing us the dirt of reality. It is rare to find such trivial details in most manga series but Horikoshi does it with ease.

My Hero Academia chapter 317 teases the fans with another bold cliffhanger, this time featuring stain.

*Spoiler Alert: The following contains strict spoilers from My Hero Academia chapter 317. Read at your own risk!*

The chapter continues from the events of the last chapter. The remaining pro heroes, Mt. Lady, Best Jeanist, Kamui Woods, Endeavor, Edgeshot, and Hawks, meet to discuss the situation at hand. Nagant is in the hospital after the tragic blast from All For One’s trap. Heroes have started retiring. Death Arms, a hero that we often saw in the manga and the anime, has retired after harsh public criticism towards heroes. More heroes are leaving their side and giving up. Also, people are starting to find out more about Dekus’s truth. But, Mt. Lady notices that All For One does not want the world to know about Deku. At the same time, Todoroki texts Endeavor asking him to pick up his call. It’s actually a pretty cute development in their relationship after the storm brought into their lives by Touya.

The chapter then breaks another shocking news that Deku encountered and immediately defeated the second assassin. The scene changes to Deku and All Might. Deku has clearly gained full control over his powers. He now tells All Might to stop worrying about him as he decides to move on ahead. Deku has not eaten and All MIght asks him to eat but the former only tells him that All Might need not follow him anymore. Horikoshi has completely flipped Deku’s character. His eyes are no more smiling- in fact, he emits a lot of dangerous vibes at this point. Deku is angry, and it shows. His eyes in themselves were enough to give the readers a hell of goosebumps.

My Hero Academia 317: This chapter is sad, I see that many are sharing this look of Deku as if it were something cool, but it's just the opposite, he's pushing everyone away to protect others becoming more and more alone, the same mistakes that Nana Shimura and All Might made. pic.twitter.com/HQV5nrxeib

Also read: Horimiya Manga to Have an Epilogue Chapter in July

If you thought Deku’s intense pissed off face was all that’s overwhelming in My Hero Academia chapter 317, there is still more to look forward to. In the end, Horikoshi teases the fans with a cliffhanger where we see Stain make a return. The villain is seen listening to the conversation between Deku and All Might from the shadows. Stain has not made any appearance after the Vs. Hero Killer Arc. He was badly injured but he is now back. What his intentions are is very unclear but here are some speculations that I could make after some brief thoughts.

As aforementioned, Stain was overhearing the conversation between Deku and All Might. Since Deku has unlocked 100% of his power, he probably already knew he was there from the fourth user’s quirk, Danger Sense. In the next chapters, we might as well see a confrontation between. Now Stain’s motives are very unclear but we already know a lot about him. Previously, we saw him reject the League of Villains because he strongly believes in his principles. For him to give up on them and join All For One seems only possible if he was manipulated like Lady Nagant. Still, I doubt Horikoshi would play the same card twice.

At last, he admires All Might and also sees Deku as a true hero. So, I barely feel he would cause another ruckus for him this time. We see rumours about Deku where someone says that he ‘does not look like a hero’. Also, the initial chapters point out the scarcity of heroes at the time. It won’t be a surprise if Stain joins the hero’s side and even helps Deku snap out of his dark stage. At this point, Stain seems like the best way of bringing Deku’s bright face back. 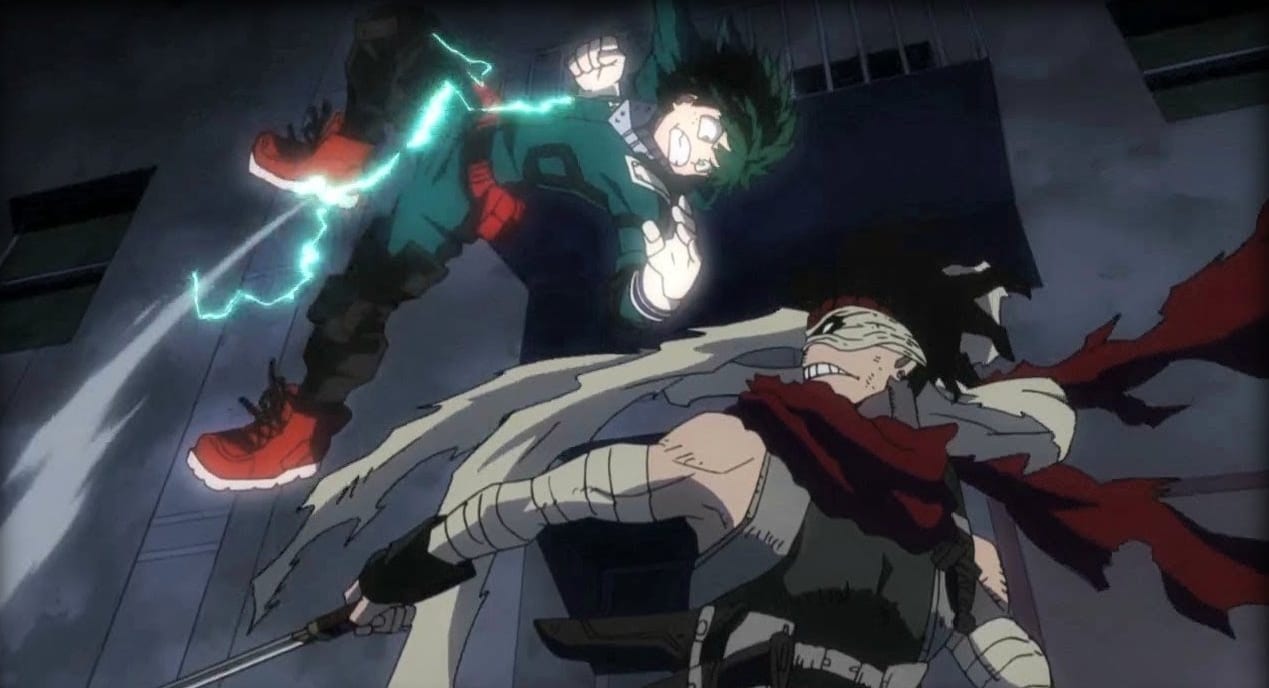 These are nothing but mere predictions from the little cliffhanger Horikoshi has left us. The next chapter will come out on 27 June 2021. You can read it on Viz Media or Shueisha’s Manga Plus app to find out more about Stain’s role in the story ahead.