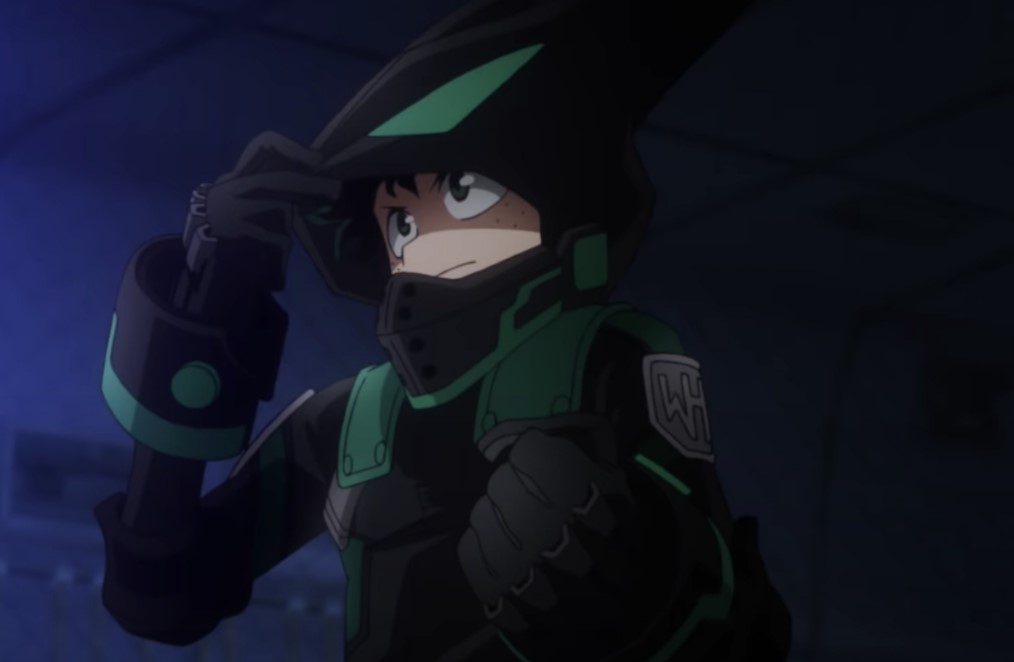 In the recent update of My Hero Academia, Endeavor, Hawks, and Beast Jeanist went to the press conference to reveal the truth in front of the civilians. They told them everything and how they have been working to protect the civilians and to eliminate the villains. But some of the reporters couldn’t believe what the heroes are saying. They realize that the fate of the world is at stake, and they question the heroes. One of them asks Endeavor about One For All. and the meaning of  One For All.

Endeavor replies that he doesn’t know what One For All means. But as a hero, he wants to make sure that Deku and All Might are safe. Later at the Heights Alliance, the students from Izuku’s class receive a letter coming from Deku. The letter reveals the truth about One For All. They now know that All For One and Tomura are targeting Deku.  After few months in April in a lonely Deku is spotted on top of a mysterious city’s building. He is wearing braces on his arms. On his neck, he is wearing Gran Torino’s scarf. He got rated about the huge village that he has faced in the past. Find out who the villain is below.

Somewhere in the abandoned city, Yo Shindo and Turtle Neck are now in their third years. They are looking for a group of civilians to send towards evacuation zones. They received a report about a villain named Jailbreaker. Jailbreaker is causing chaos and destroying the southward of the city. Yo Shindo thinks that he can convince the civilians who are acting tough. Turtle Neck thinks that the civilians are stubborn. The duo arrives at the Taguguchi Building, the location where the civilian group is. 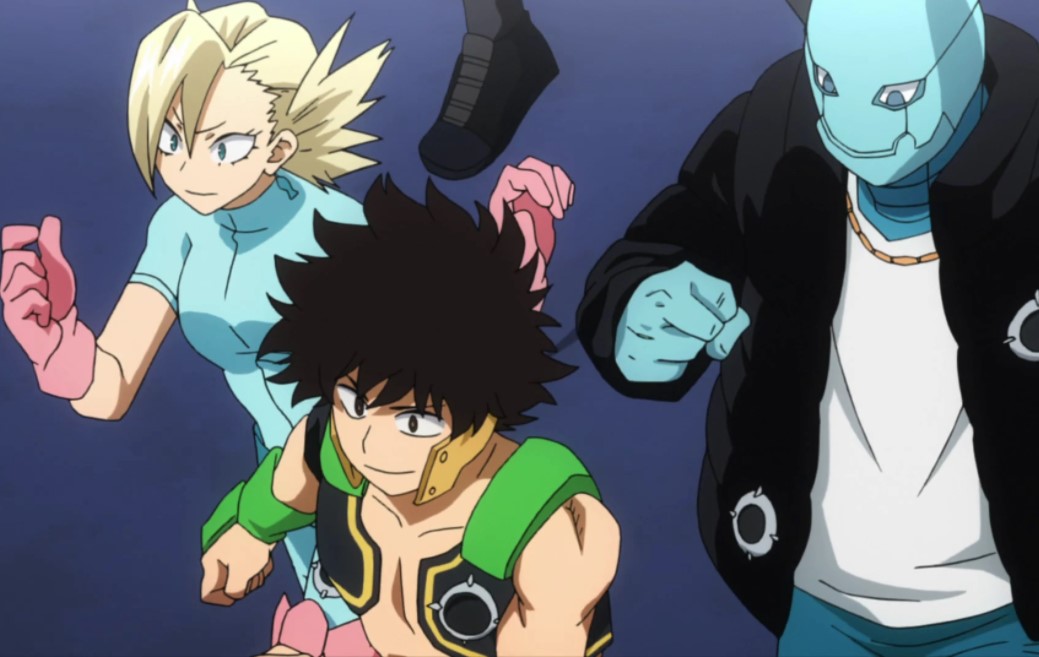 If they fight as a team, the Nomu won’t be able to defeat them. The civilians must also learn to defend themselves with the support of the heroes. The civilians didn’t want to listen to the heroes since they have lost trust in them. They told Shino to leave with his party. The duo leave and worries that they failed to convince the civilians. Shindo thinks that he should have to use the power of his Quirk to take the civilians by force and gets them to safety. But he has no power to do that since the high-ups won’t allow him to do that.

The villain from the League of Villains-Muscular

Later, Turtle Neck receives a message from Shikkuki Makabe, one of their classmates. The students are heard screaming that Jailbreaker is heading toward them in a rush. Itejiro Toteki and other classmates have also spotted the villain named Muscular, who is known as Jailbreaker. Jailbreaker jumped up and landed on the nearby building while crashing the building. Jailbreaker reveals that he is the villain from the League of Villains, and they can call him Muscular. Shindo moves forward to clash with Muscular. 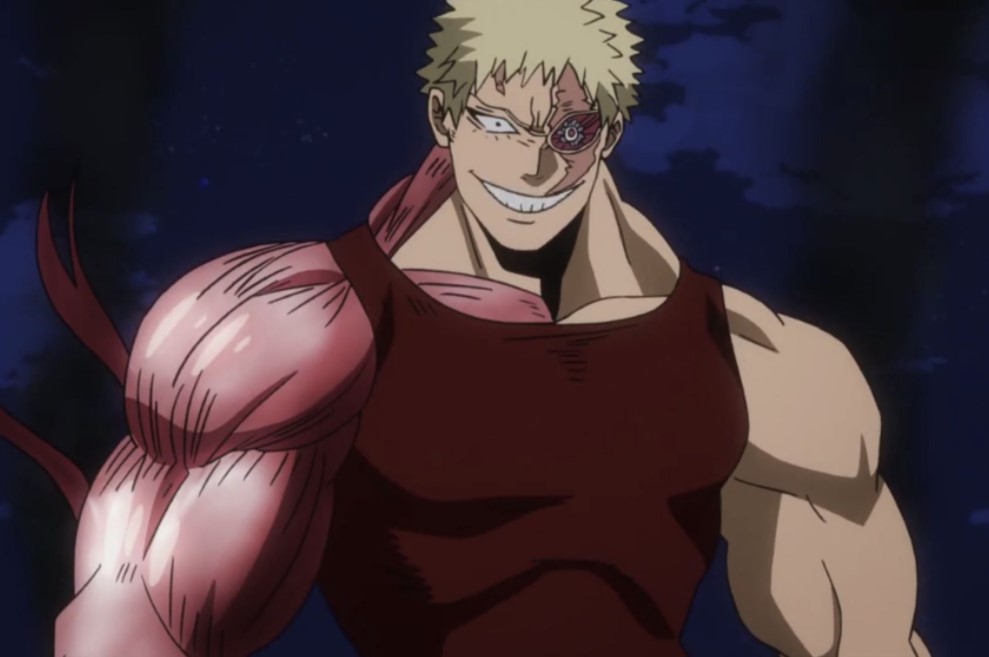 He told Turtle Neck to help the civilians evacuate to Taguchi Building. The civilians refused to leave and decide to help Shindo beat Muscular. Muscular unleashed his Muscular fiber and slammed the civilians with the ground. They try to escape, but one of the boys got smashed with the ground and dies. Shindo attacks with a Tremoring Earth attack trying to destroy the villain Muscular. But Muscular unleashes mores muscle fibers and stabilizes himself. Turtle Neck and the civilians’ witness Muscular, who is about to kill Shindo.

Surprisingly Muscular got smashed and sent flying. He bangs with the roof of the nearby house, and everyone is surprised who sends Muscular flying. After everything is clear, Izuku appears carrying Shindo, who is injured. Izuku comments that he receives a report about the villain. He thanks his gift from the fourth. Muscular realizes that he has met with the guy who smashed him. He smiles while he is bleeding after recognizing Izuki’s voice. He comments that he knows that voice.