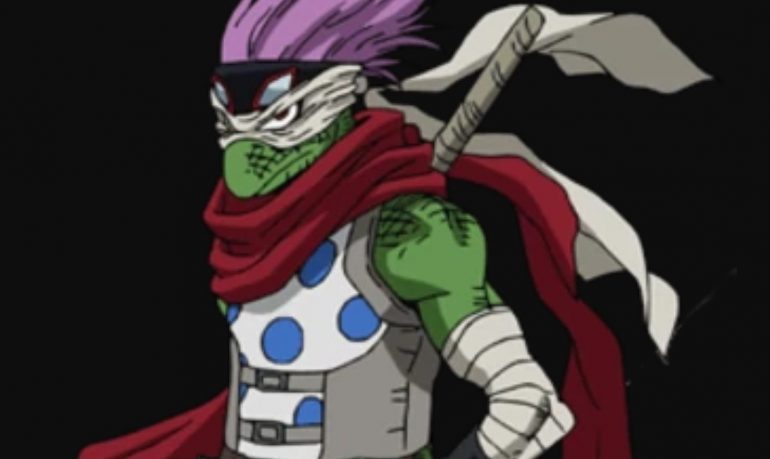 From the previous chapter of My Hero Academia, Dabi is clashing with Shoto in mid-air he manages to grab him while increasing his heat hoping to kill him. Shoto is concerned that Dabi will die too. Shoto said that he is glad looking at the way his brother has been raised with so much love. He was just trying to provoke his father to see how he will react. When Dabi is trying to deal with Shoto the killing blow they got separated by Blackwhip that surprises Dabi.

While Deku shot his Quirk from his mouth and Dabi yells that it is a family matter no one must interfere in it. Deku replies that Shoto is his dear friend and has seen how Endeavor wants to become a better person. He tries to talk good of Endeavor. Dabi reveals that it doesn’t change anything about all the bad things that Endeavour has done. The bad doing of Endeavour result in Dabi to be a villain. As justice is losing and evil is thriving, Dabi simply points out who’s responsible for all that. He says that in the upcoming future, Heroes’ lies and lip-service will be driven extinct.

My Hero Academia Chapter 295 will be released on Sunday, 20 December 2020. The new chapters of My Hero Academia is released every Sunday. Unfortunately, the spoilers of chapter 295 are not yet released. Note that this manga sometimes changes its weekly release schedule. Let’s take a look at the latest development of this manga below and find out how the battle continues.

Previously on My Hero Academia Chapter 294

Suddenly Gigantomachia manages to get out from Best Jeanist’s wires. Endeavour uses his last strength and knocks the giant down before it can cause destruction. He also got himself knocked out and Gigantomachia starts losing strength. Lemillion reveals that the sedative takes and it was not showing effects until now. The Heroes thinks that the sedative must have worked.

Best Jeanist said to himself that the sedative had finally made an effort and all thanks to every Hero that worked together to take down the rampaging Gigantomachia. It is a testament to their strength that all would’ve been lost with just one weak thread. At this same moment, Eraserhead, Mirko, Gran Torino, and Ryuku are being treated for their severe injuries. Meanwhile, Best Jeanist is holding his wires tight and manages to restrain Gigantomachia.

Lemillion, Ingenium, Nejire, and Dynamight continue to fight against the Near High-End Nomus. While Shoto and Dabi are still in a mid-air battling. Lemillion reveals that despite their simple movements, their speed and strength are off the chart, likening it to be as strong as the Nomu from Kyushu. Ingenium yells at Dynamight to move back since the attack from the Nomus in his condition could cause death.

He decided to distract their attention away from Best Jeanist without moving back. Best Jeanist decided to start attacking the League of Villains. Mr. Compress thinks to himself how due to being all tied up, he’s unable to touch the cables to activate his Quirk, he is only able to touch his butt. He looks on to see the distressed Tomura Shigaraki, and thinks about how, just like Spinner had mentioned earlier, all of them including Dabi and Himiko Toga, haven’t accomplished their goals yet, to truly cause distraction.

Best Jeanist unleashes his new super move, Blackout Bind, and attacks the League members. He chokes them with an aim of knocking them out and put them to sleep. Mr. Compress gets a chance to speak with Spinner, telling him he loved the League, and to help Tomura. He is also planning to buy them some time for them. He tries to use his Quirk on his butt, taking out his flesh. He gave his arm enough space to quickly escape, as he compresses Tomura and Spinner, then jumps his way up Gigantomachia.

Best Jeanist tries to slow him down by controlling the wire fibers on his clothes. He said that he has no hope of escaping with wounds that can cause death. Mr. Compress continues to use his Quirk to explodes off parts of his body while tearing apart his clothes. A restrained Skeptic cries at Mr. Compress to save him too, and he manages to compress him too. Mr.Compress gets ready for his final performance.

He is thinking about Oji Harima, the thief who was the same as him who is a criminal from the distant past. He used to target the goods from false heroes, preaching reformation while giving back to the people on the streets. He also thinks about an unknown family member. He was told that their family is all about revealing injustice, with truth blood running in their veins. Shoto tries to attack Dabi with a Flashfire Fist.

But Dabi decided to use a Jetburn attack on Shoto to knock him out. He said there is no need to continue with their battle since Endeavor is unconscious and the plans have changed. He then teams up with Mr. Compress. Mr. Compress declares that he is the great-great-grandson of Oji Harima. The League of Villain’s Shigaraki, the reformation that Harima couldn’t achieve.

He thinks that how he will accomplish his family’s desire of reformation for his boss, Tomura, to achieve and that he will change the world in his stead. He then took off his mask and throw it away, he shed tears that he has saved his best trick till the end. He reveals that it is a Viola the Curtain rises on the first and final escape artist performance of Mr. Copmress. Lemillion looks at him with Tomura in front of him as he is releasing Spinner.

The latest chapters of this Manga is  VIZ Media and Shueisha’s Manga plus official platforms. Raw scans for new chapters are released 2-3 days before their respective chapters are published. To support the Manga creators and publishers, we advise you to read the digital copies from their official websites and apps.